June 2020 was the centenary of the formation of The Royal Corps of Signals.  As part of the commemorative celebrations the  Royal Signals Museum was allocated the callsign GB100RSM. This was initially a temporary allocation but the callsign has now been reissued as a Permanent Special Event Station to be used throughout 2021.

Since 1st June 2020 to date 1532 individual contacts with 48 countries and 9441 “hits” on the GB100RSM page on qrz.com site majority using Morse Code but also a good proportion using voice as well

The latest project is a dedicated trailer to house the Amateur radio station so it can be taken to events and outreach activitie. It will also be available on loan to other Amateur Radio Clubs.

The Amateur Radio callsign GB100RSM was first used by the Museum’s outreach team in November 2018 and commemorated the 100th anniversary of the end of World War 1. Subsequently in January 2020 – as part of the 100th anniversary celebrations of The Corps, The Museum reapplied to Ofcom to use the callsign on a permanent basis – thus keeping the museum ‘on the air’.

The Covid pandemic lockdown precluded the station operating from the museum premises but Ofcom relaxed the regulations governing the operation of Special Event Stations so the callsign has been used at the amateur radio station of museum volunteer Geoff Budden located in Bournemouth .

Most memorable contacts have been made using morse code with stations in Belgium and Holland using replica WW2 ‘Parasets’- (issued by the SOE to their radio operators working for the Resistance).

Geoff Budden – callsign G3WZP – was first licensed in 1967 after passing the City & Guilds Radio Amateur Exam and a morse test by the GPO Southampton Marine Radio Officer examiner. First contacts used an ex WW2 19 Set (made in Canada with Russian Control markings) followed by Ex RAF R1155 receiver and a RCA AR88 receiver of the type used by the WW2 ‘Y’ service . 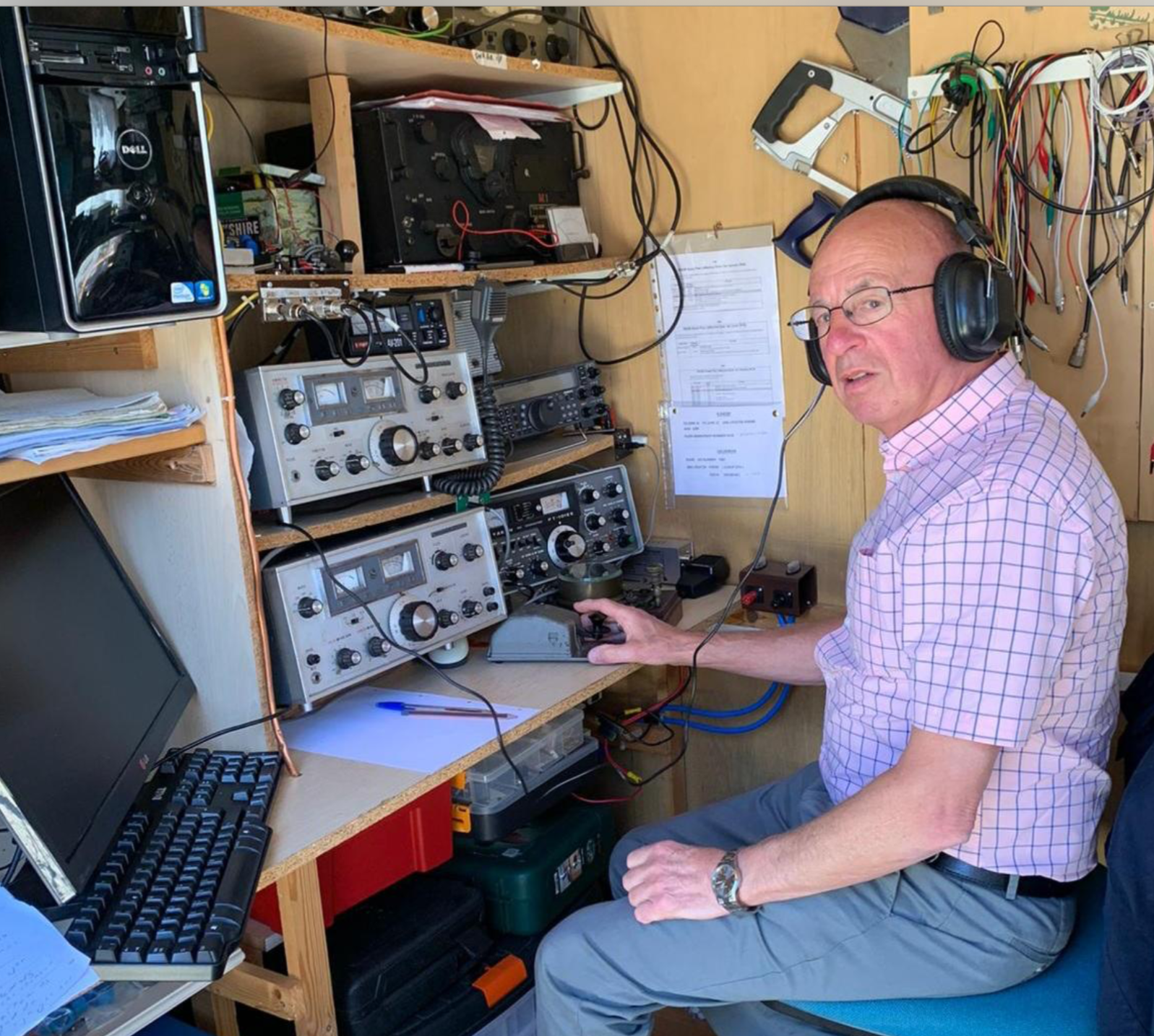 How do people get involved?

Amateur Radio operators have to be licenced by their country’s Telecommunications Authority. In the UK this is Ofcom.

Licencees have to pass an amateur radio exam which confirms their technical knowledge and understanding the terms and conditions of their licence; most counties have Novice, Intermediate and Full ( or Advanced)  licence categories.

Until recently a minimum standard of morse code receiving and sending at 12wpm (words per minute) was also required for a Full licence  but this is no longer mandatory in most countries.

How are call signs allocated?

Callsigns are allocated to each operator personally.

The Prefix specifies the country and the suffix your own call eg my personal licence is G3WZP ( G for England). A Club station such as Blandford Garrison can have a Club callsign ( G4RS ) or a Special Event Station callsign ( such as GB100RSM allocated to the museum). Amateur radio has bands of frequencies allocated by international agreement in which opeartions take place ..these cover from Short Wave ( HF -High Frequency) right through to VHF and microwave bands.

What modes of operation are used?

Modes of operation can be speech, morse, computer generated systems, Radio Teleprinter, use of amateur radio satellites and Amateur TV.

Normal operation is to put out a general call (known as a CQ call) followed by your callsign which is an invitation for anyone listening to call you for a contact (know as a QSO).

You can specify if you want a contact in a particular area say USA stations only or the Far East.

The contact (QSO) can be confirmed by sending a proof of contact card (a QSL Card) which gives details of the contact . Some are very basic but others are quite stylised (see images). 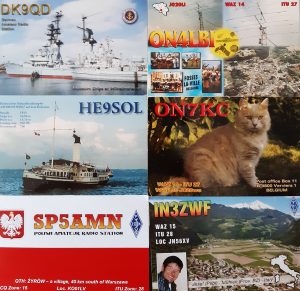 What do people message about?

Messages must be of a personal nature ie no commercial or messages on behalf of another person or company. Usually the minimum is a Signal Report (how strong and readable your signal is), Location and name. Longer contacts usually involve details of the equipment, aerial system, weather and perhaps more personal details or maybe weather etc).

Are there any competitions or similar?