The origins, myths and legends of ‘Jimmy’
Visit us

The instigator of an ’emblem’ for Signals soldiers.

Mercury – the Roman God of messages/communication – was chosen as an emblem by Major Beresford.

Mercury’s first appearance was in the Battalion magazine on 15th September 1884 – predating The Corps .

To members of the Corps the Royal Signals Cap Badge is affectionately know as ‘Jimmy’ – but what are the origins of the badge and its name? A boxing hero, a band-stick or something else? We examine the evidence behind the theories.

Nobody is 100 per cent sure, but to believe the most widely accepted theories it is necessary to trace the history of communications units in the Army back to the formation in 1870 of ‘C’ Telegraph Troop, Royal Engineers. The Troop served with distinction in the Ashanti and Zulu Wars and by 1884, because of the growth in communications requirements, it was decided to form 1st and 2nd Divisions of the 1st Telegraph Battalion, Royal Engineers.

Major CFC Beresford was the initial Commander of the 2nd Division and he was determined that it should have its own emblem (or ‘device’ as he called it). Having asked the Battalion for suggestions he decided none were better than his own – the figure of Mercury.

Cap Badges Through The Ages 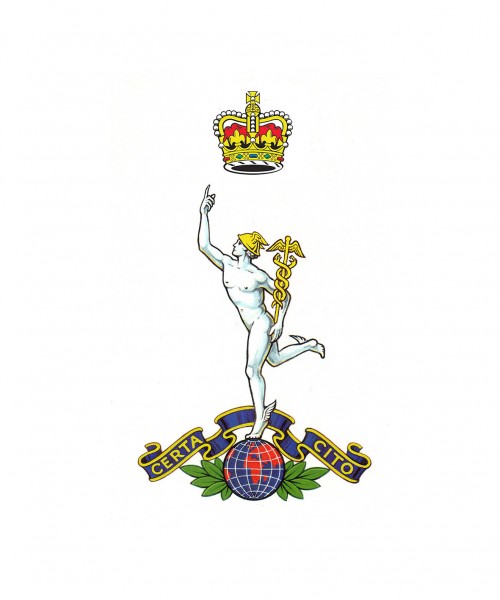 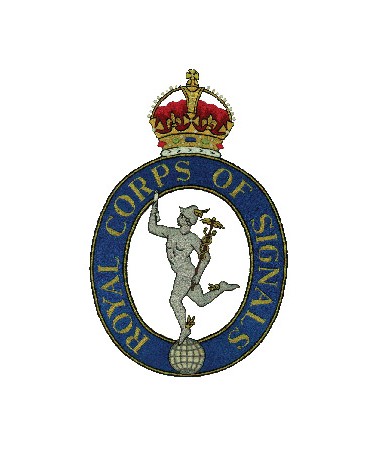 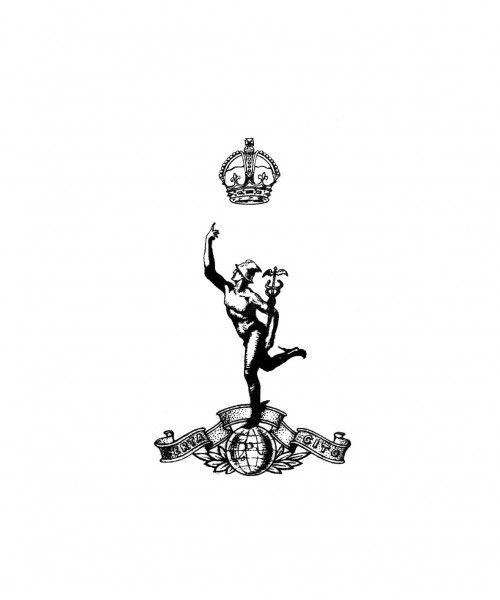 The official painted design for the Corps Cap Badge as accepted by the College of Heraldry.
<>
123

It is thought the inspiration for Mercury came to Major Beresford from the statue of Mercury that his father had probably purchased at the Great Exhibition at Hyde Park in 1851, a copy from an original sculpture in the Pitti Palace, Florence designed by Giambologna. This statue was subsequently positioned in his garden in Camberley

Mercury is the Roman God of messages/communication (including divination) as well as the God of financial gain, commerce, eloquence (including poetry), travellers, luck, trickery and thieves (yes really!). Additionally Mercury is also the keeper of boundaries between the upper and lower worlds – something not lost in today’s world of virtual reality!

Mercury was duly adopted, first appearing in the Battalion magazine Military Telegraph Bulletin, on 15 September 1884, and on its headed notepaper.

The new device was liked by the soldiers and so on 9 May 1891 Major Beresford and Lieutenant CJ Elkington RE presented a mace to the Band of the Battalion. The handsome mace had a figure of Mercury at the top. Mercury was never officially used by RE communicators as a badge, with the exception of the emblem  on the Band Mace of the Band of the Royal Engineers which was passed on the the Museum and is still on display. 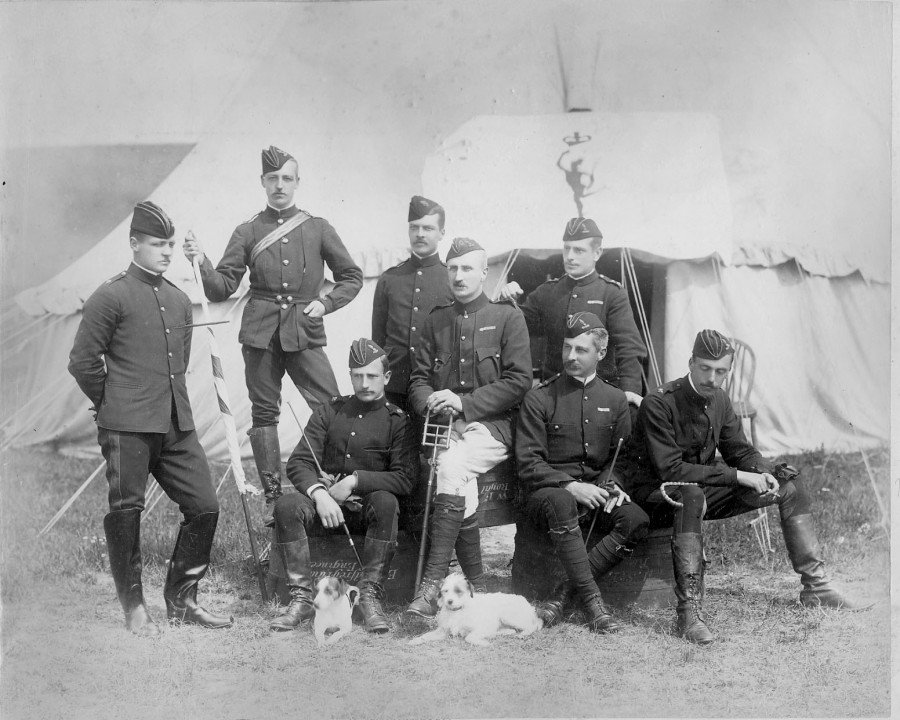 Mercury as a cap badge

It was not until the ‘Corps of Signals’ was formed that the question of a cap badge came into being. Following the decision of King George V to grant the ‘Royal’ title the first cap badge of Mercury was approved on 24 March 1921. This was of the initial pattern with the oval band surrounding it.

The Royal Signals cap badge is heraldically described as:

“The figure of Mercury holding a Caduceus in the left hand, the right hand aloft poised with the left foot on a globe all silver above the globe a scroll inscribed ‘Certa Cito’ and below on each side six laurel leaves all gold, the whole ensigned with the Crown in gold. 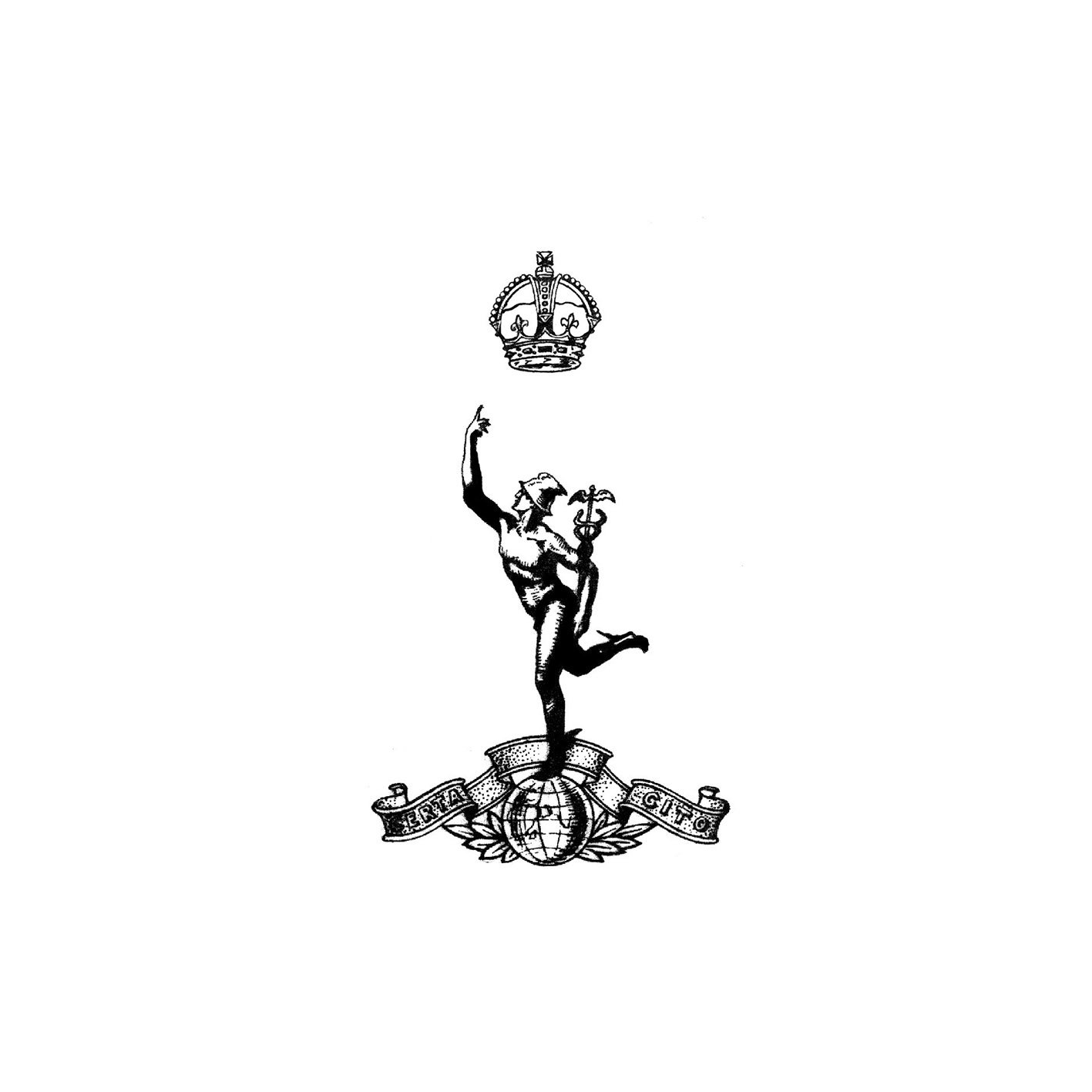 There are a number of theories as to why ‘Jimmy’ was adopted as a term of endearment for the emblem. For a long time the most widely accepted theory was that it came from a very popular Corps boxer, called Jimmy Emblem who represented the Corps from 1921 to 1929 and was the 1924 Army Champion. The soldiers were supposed to have said that, ‘Jimmy is OUR emblem’

However, more recent research unearthed a document from Brigadier-General Clementi-Smith DSO who stated:

“….On my return from South Africa at the end of 1904, I had the honour to be posted to the Signal Service RE in Aldershot. This unit carried the drum stick, so well known, with the figure of mercury on top. This figure was known as ‘Jimmy’ and had obviously been known as such for some time”.

The band stick is now on display in the Museum. Thus, the origins of ‘Jimmy’ live on! 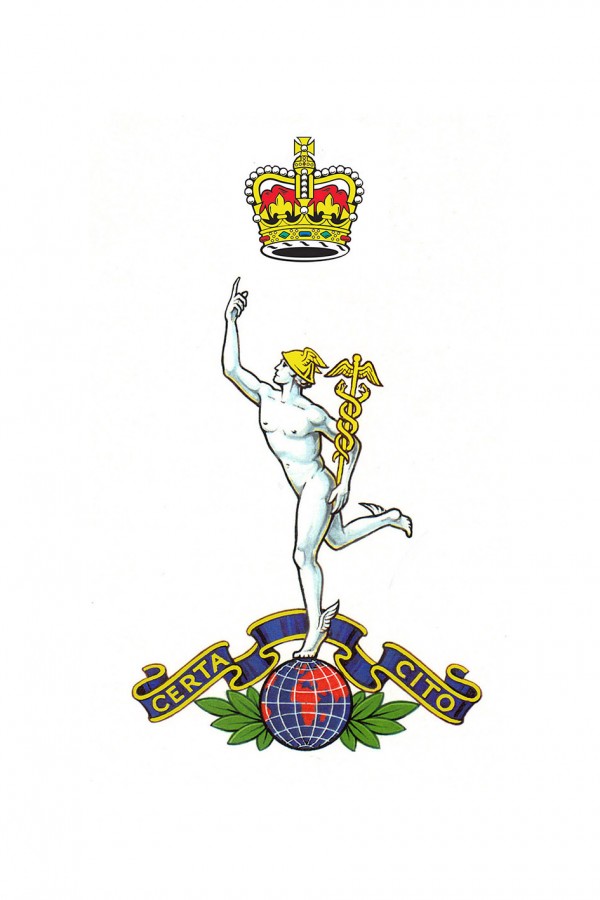 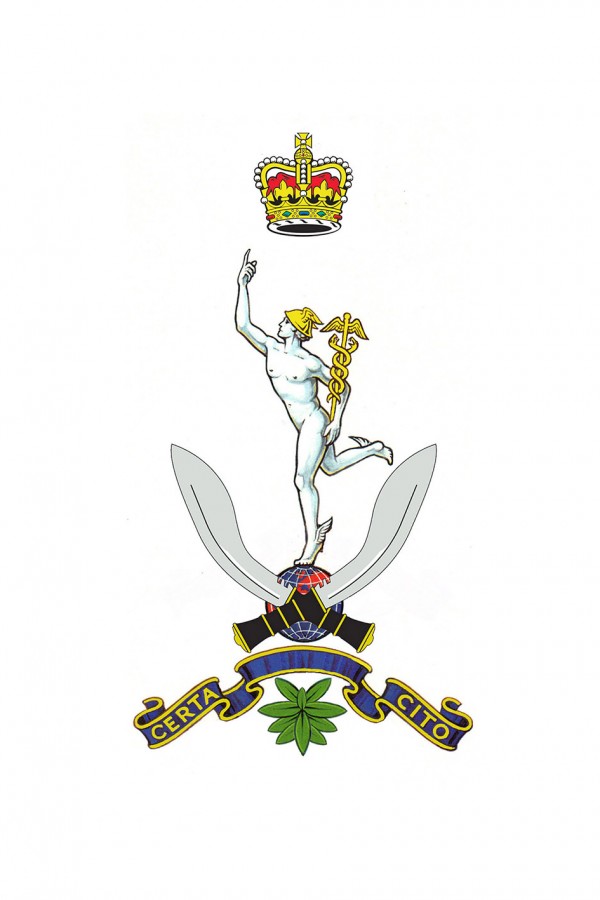 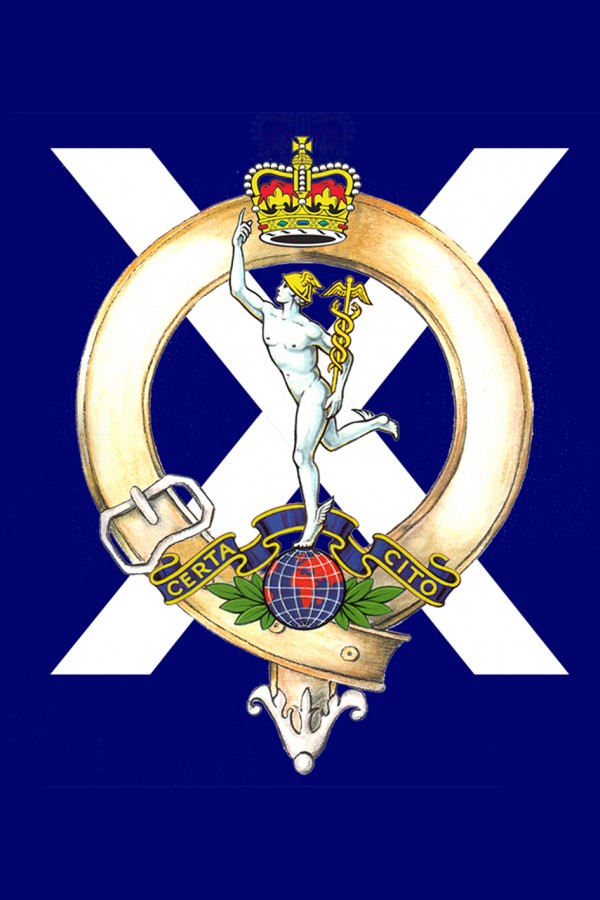 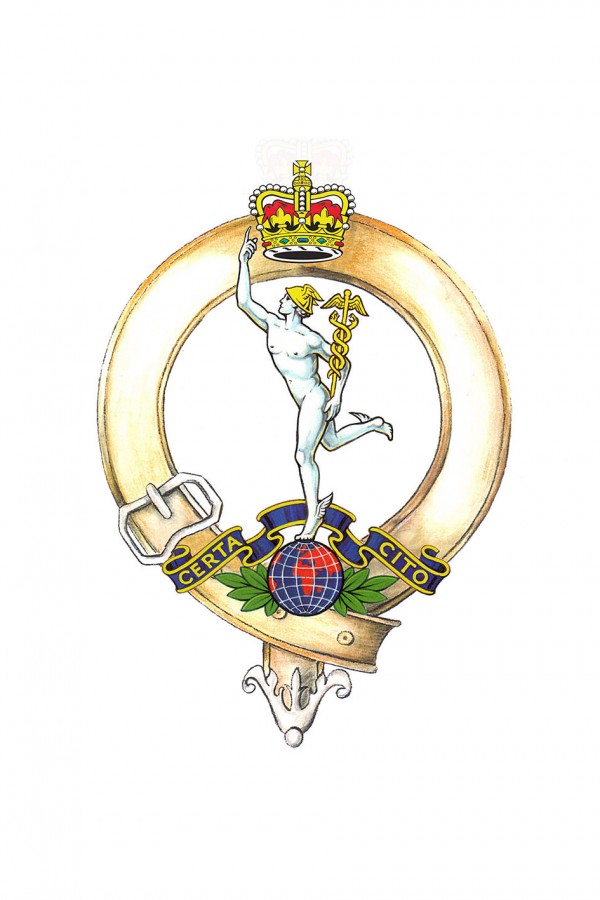 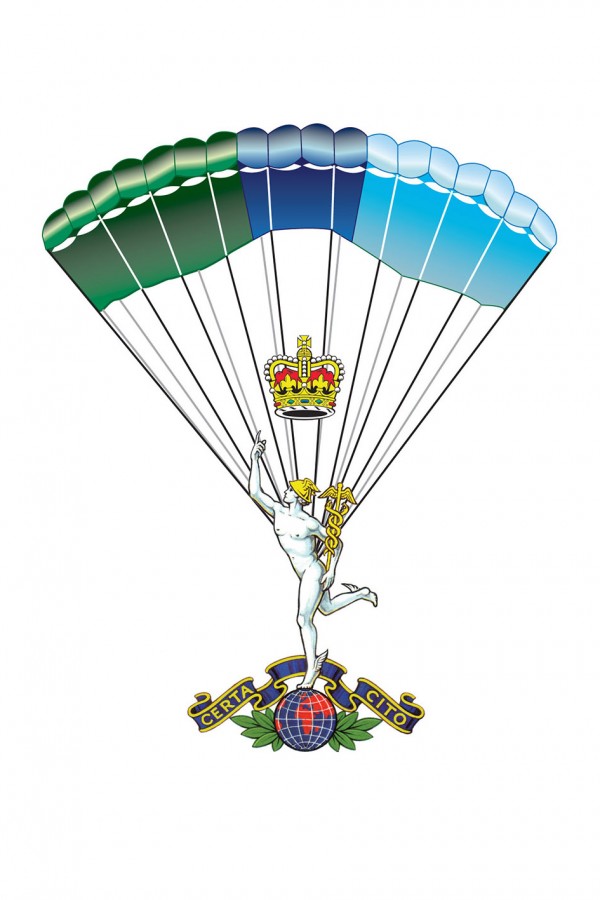 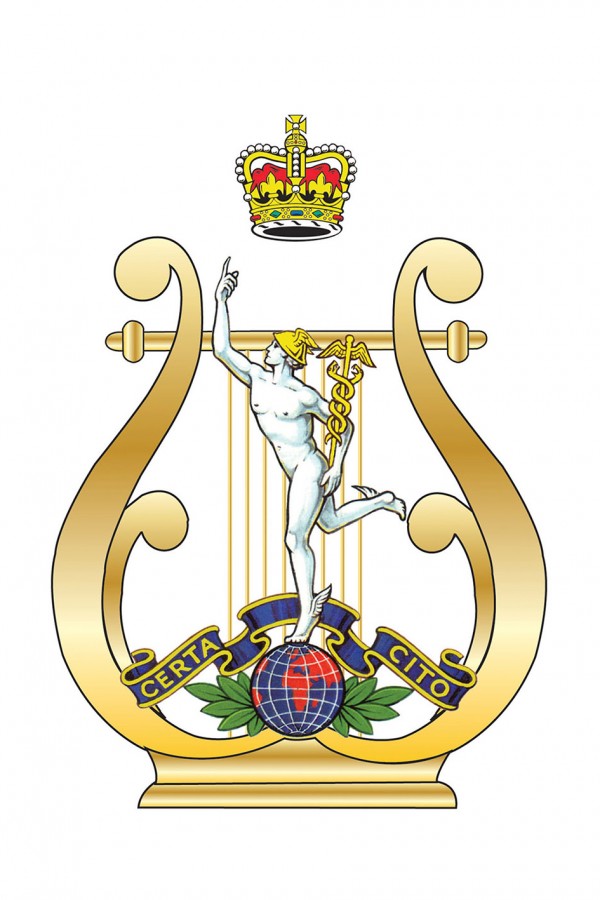 This is the original “Jimmy” on display in the Bargello Museum in Florence. It was made between 1578 and 1580 by Giambologna (Jean do Boulogne) and it is possible that “ Jimmy” was derived from his name.