Op Granby was the code name given to the British military operations which saw some 53,462 members of the British Armed Forces on land, sea and air, deployed during the conflict. The British land contribution was initially 7th Armoured Brigade but in November 1990 this increased to 1st Armoured Division, consisting of 4th and 7th Armoured Brigades, and became some 35,000 men and women strong.

When it deployed on Op Granby the Royal Corps of Signals (The Corps) had not been involved in a major desert war for nearly 50 years. The Corps needed to transform quickly from supporting defensive operations in farmland and forest (as part of the Cold War) to supporting offensive operations in the desert. The war provided a powerful demonstration of the Corps’ ability to innovate and improvise.

Lt Col John Kirby was both Commander Communications and CO of 1st Armoured Division HQ and Signal Regiment. For Op Granby this included 1,350 vehicles (200 armoured), 520 trailers and 2,100 Royal Signals personnel, in 11 squadrons, drawn from units all over the world. Detachments from 30th Signal Regiment supplied the communications back to London. Kirby was awarded the OBE for his service. 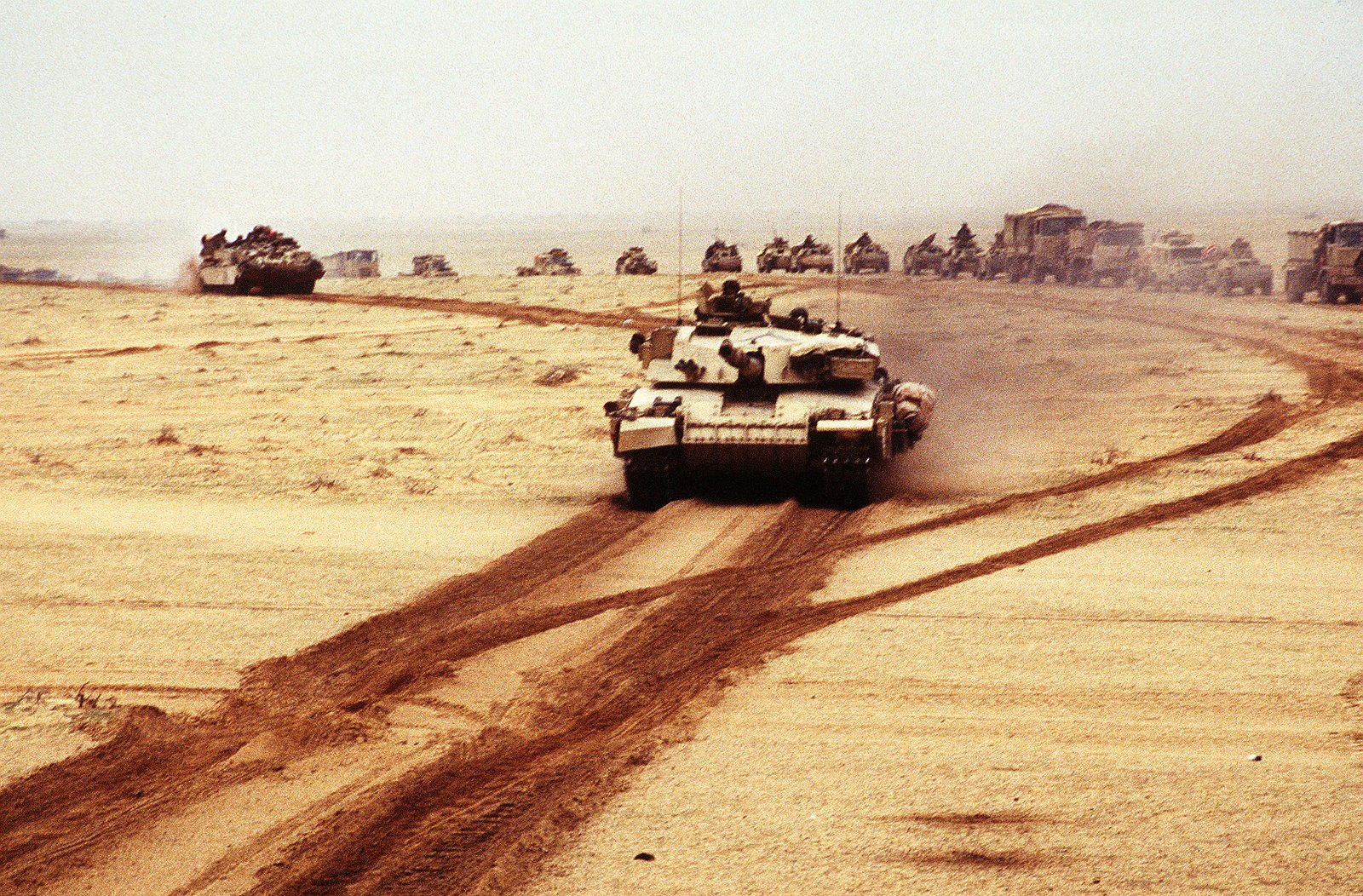 The Fleet Electronic Warfare Support Group (FEWSG), a Royal Navy EW detachment, was attached to 1st Armoured Division HQ and Signal Regiment. Lt Col Kirby used them as part of a deception plan. British radios had a 25kHz channel spacing, whereas US radios used 50kHz spacing. Therefore, an Iraqi EW team could identify from the electronic signatures the location of British forces.

The coalition encouraged the idea that the British would be part of the main attack. Therefore the Iraqis were expected to believe that the location of the British forces would identify the main point of attack.

The plan was to deceive the Iraqis into thinking the British were in the east when they had actually moved west. During the exercise before the start of the ground war, the British Division only radiated at full power when it was moving towards the east and kept radio silence when travelling west, even though this significantly hampered their ability to train the combat-net radio management teams.

FEWSG had earlier recorded radio traffic generated from British units training in Saudi Arabia. They retransmitted these recordings from the east, opposite Kuwait, before and immediately after the advance of the Division into Iraq. This supported the deception that the Allied Forces’ main effort would be directed at attacking Kuwait from the east rather than at what actually happened – which was a ‘left hook’ though Iraq to the west of Kuwait. 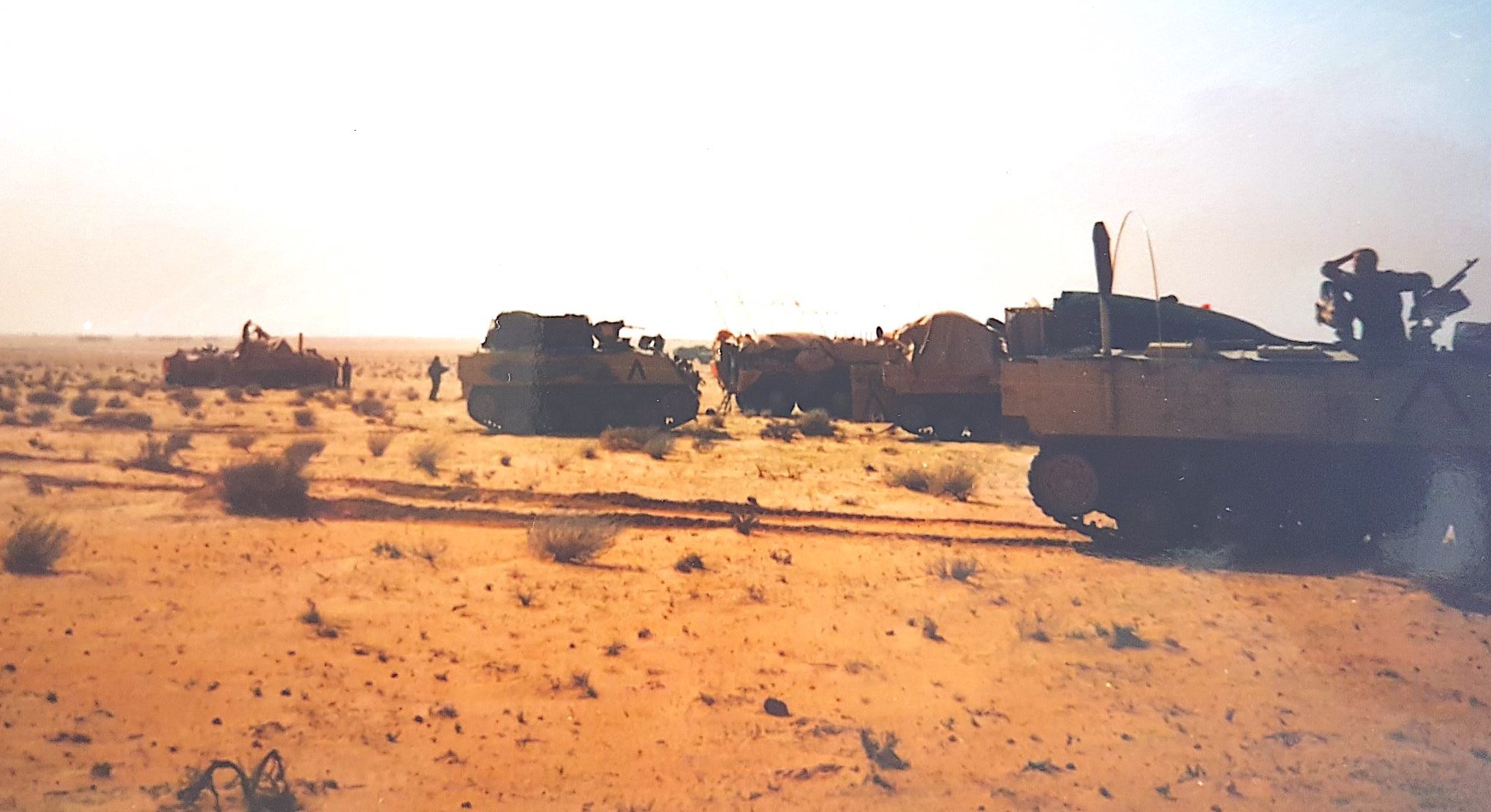 On 24 February 1991 the ground attack began. 1st Armoured Division then went through the breach in the minefields. Doing this at high speed in soft-skinned communications vehicles, surrounded by armoured vehicles, was challenging. After covering 170 miles in 100 hours, with seven changes of command for Divisional Main, Kuwait was liberated, the Iraqis were defeated and a ceasefire was announced. 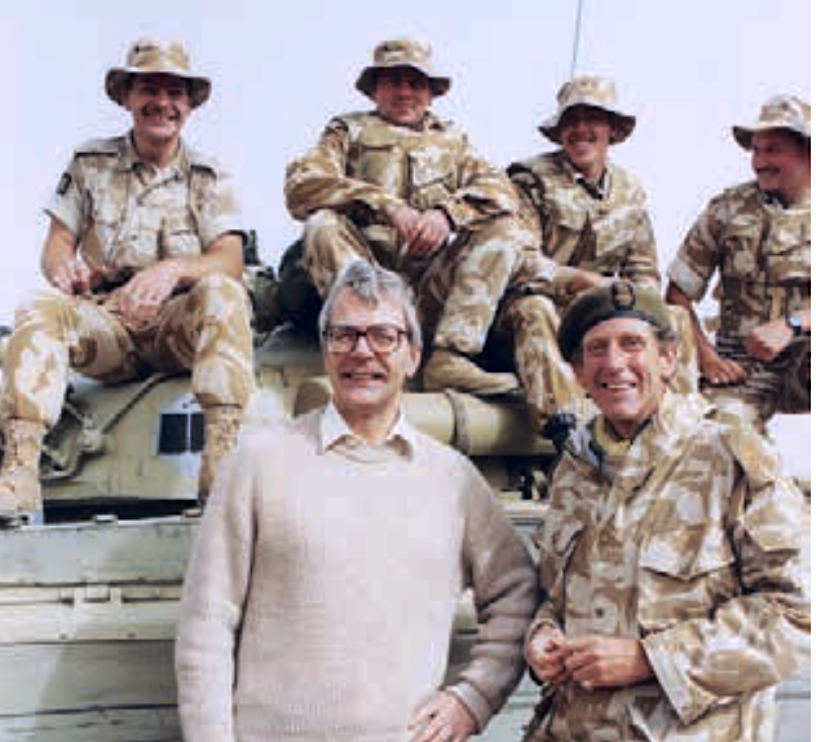 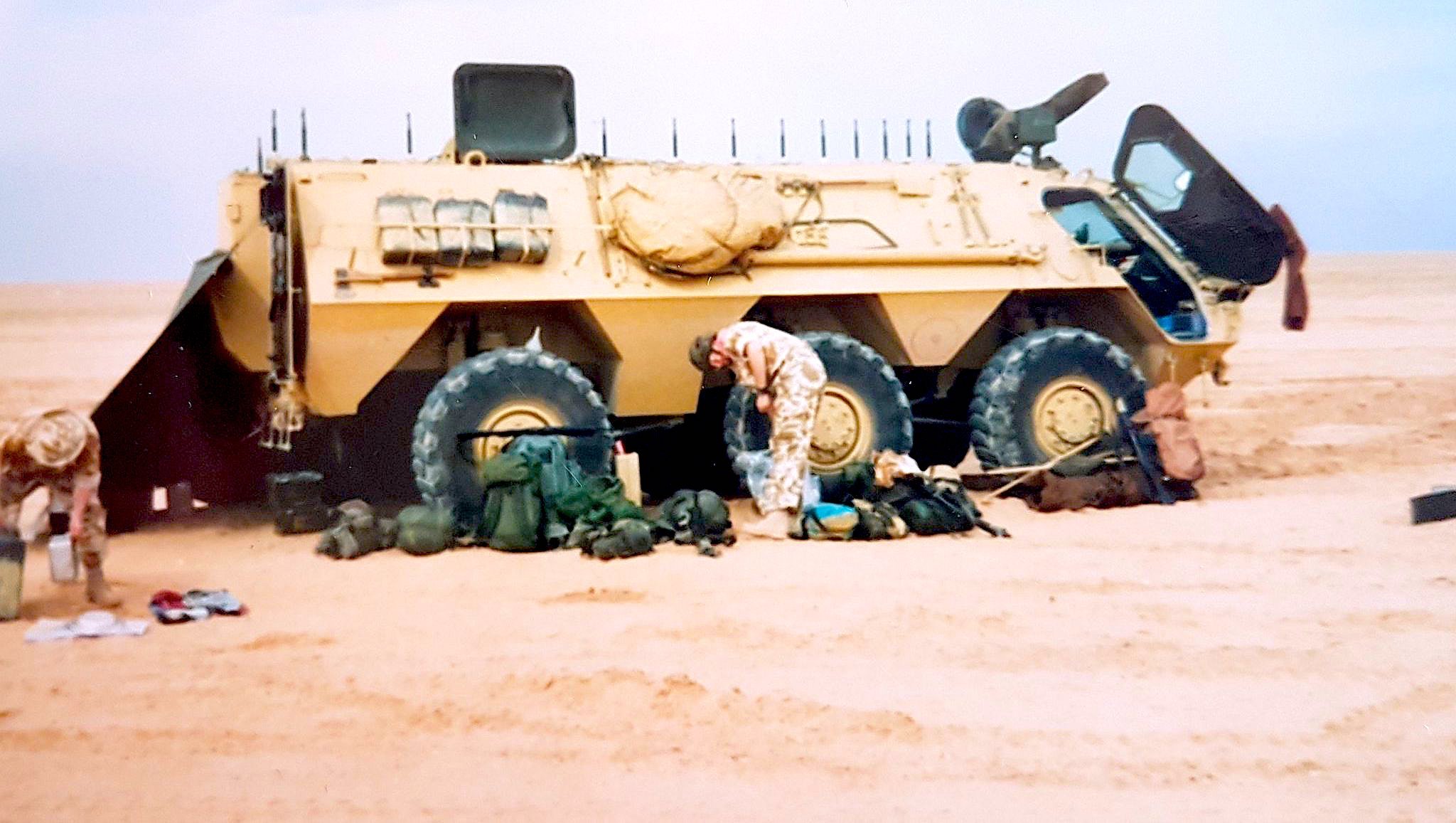 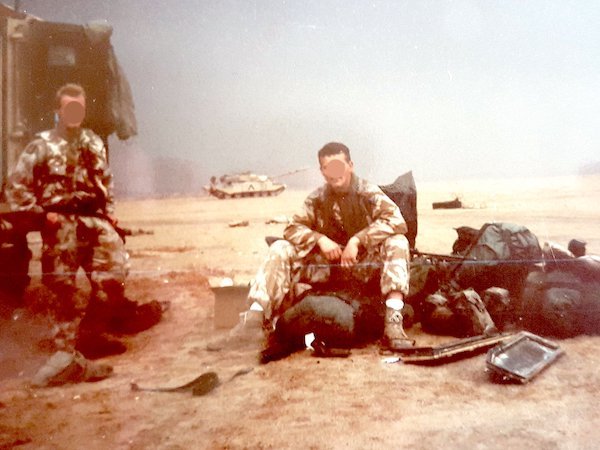 Above – Soldiers from 14 Signal Regiment in Kuwait just after the ceasefire.Photo Stephen Williams

Below – Stephen Williams (left) from 14 Signal Regiment who kindly donated a number of the images on this page. 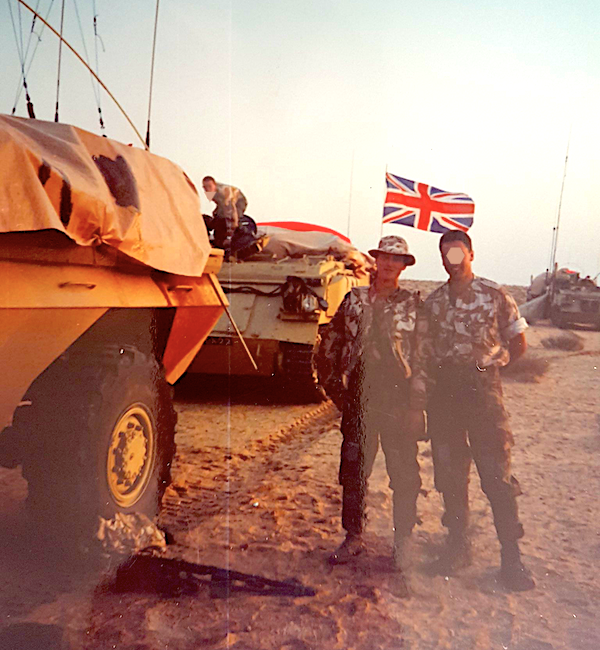 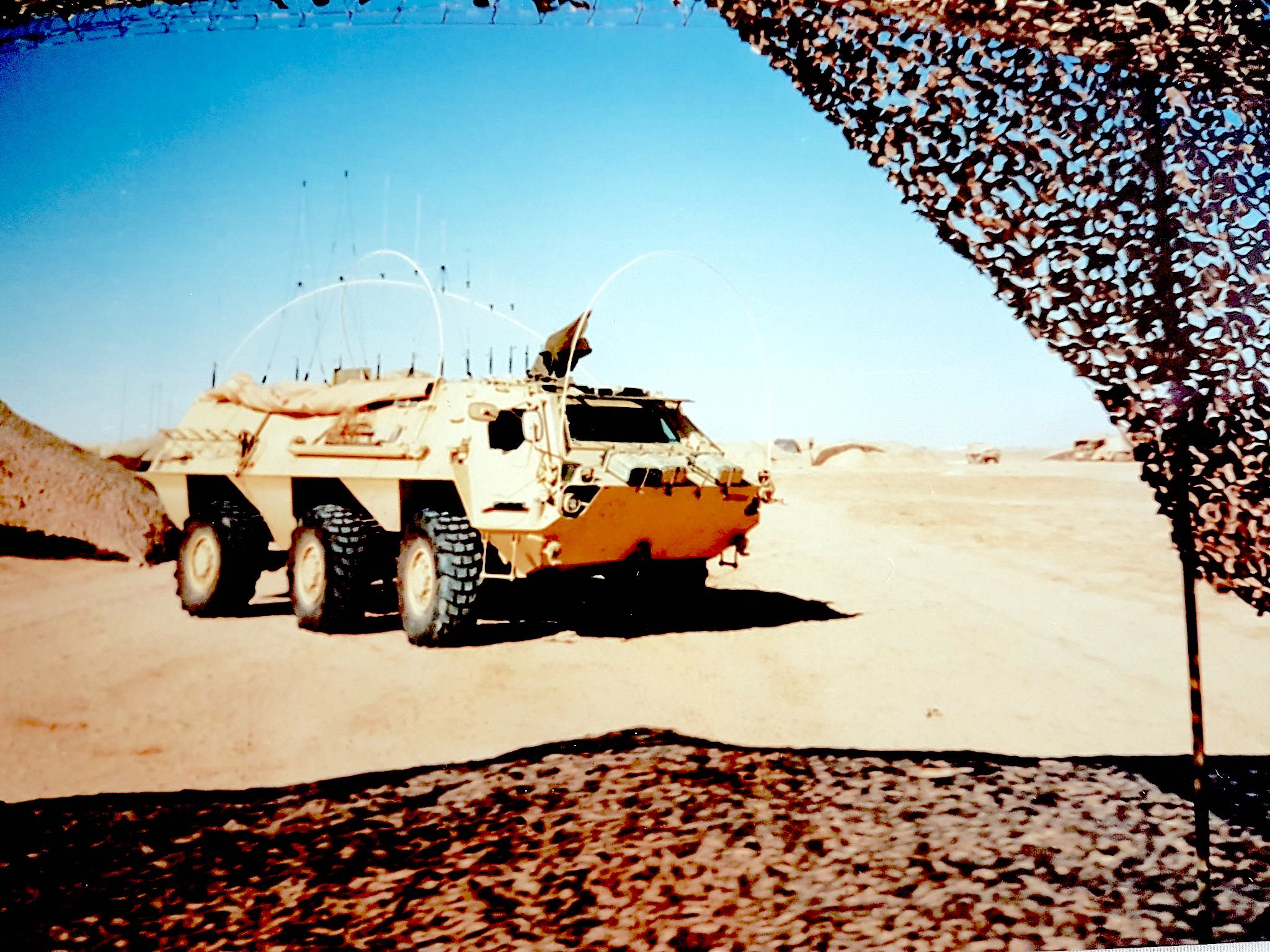 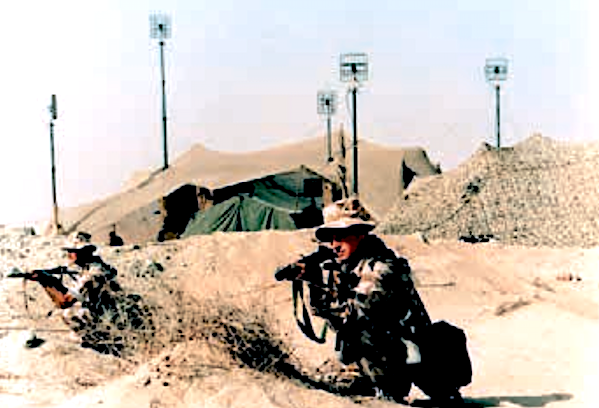 Above Radio relay in the Gulf

Below ~Directional Frequency masts on the baseline 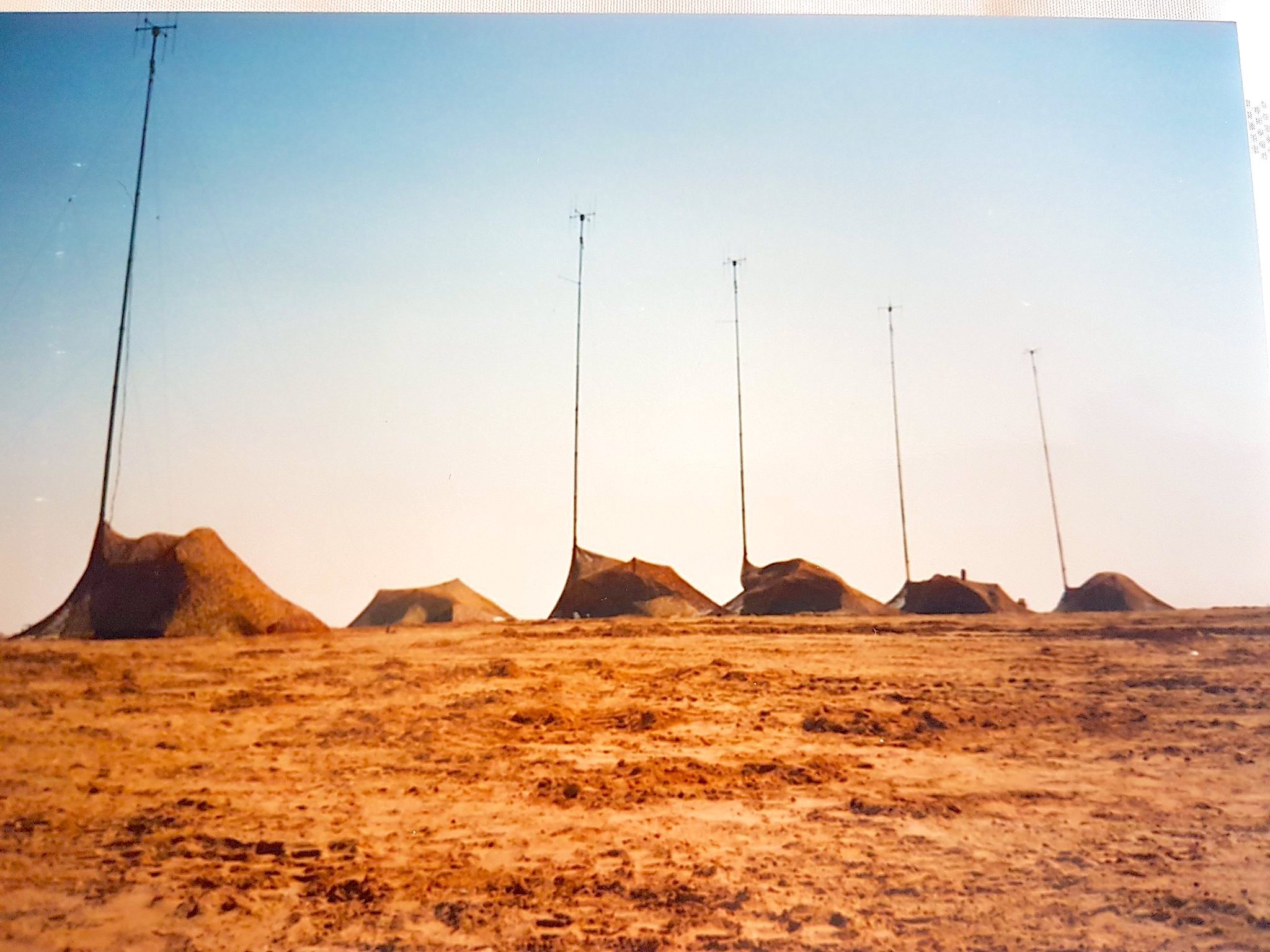 Allied total losses were estimated at 250 personnel killed as a direct result of enemy action, the majority from the US, 47 were British.

The Imperial War Museum estimates that between 20,000 and 35,000 Iraqi soldiers died during the ground war with civilian deaths resulting from the conflict estimated at between 100,000 and 200,000. 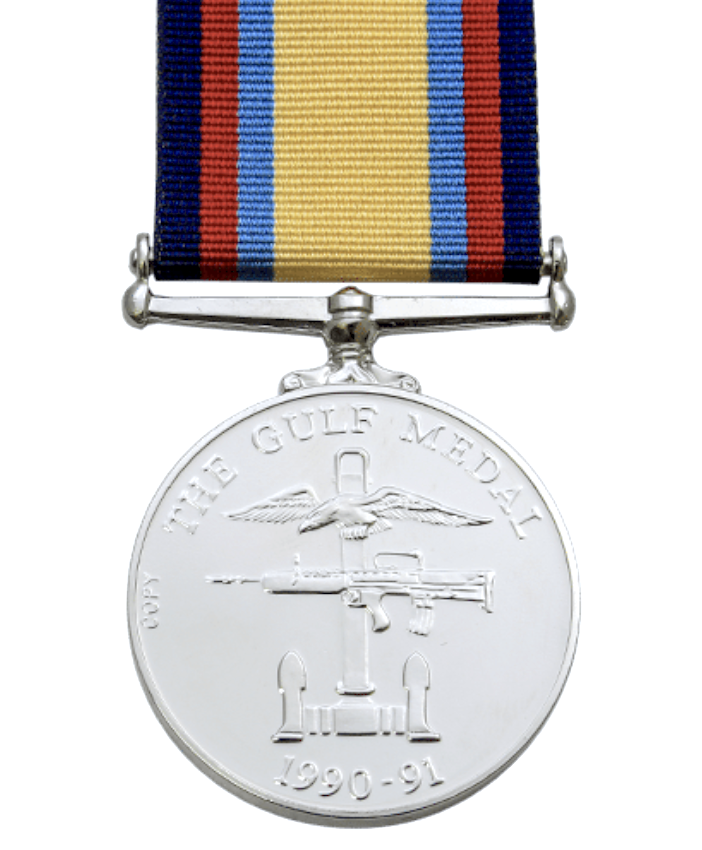 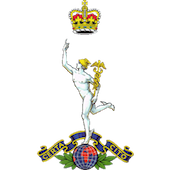 Lt Adam Parsons (RSIGNALS) commanded the first trunk node through the breach after the six with the brigades. While waiting to advance, his troop was credited with taking the first Iraq POWs, 62 in total, to be captured by British ground forces. The team drove for 24 hours non-stop in their Bedford lorries and Land Rovers to reach his pre-selected location in time to set up communications as the Division advanced towards Kuwait. 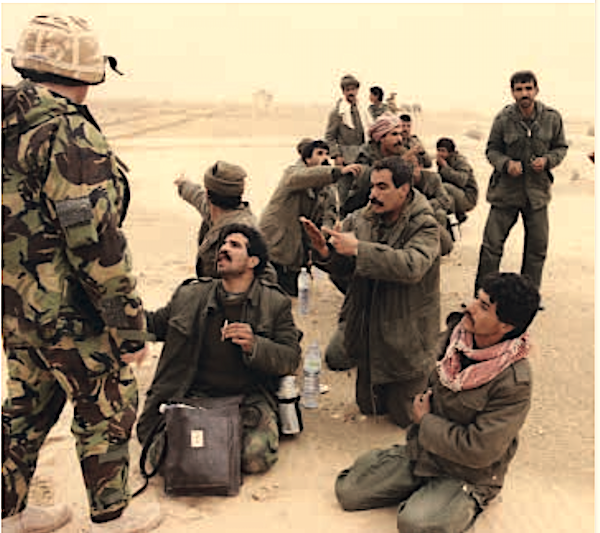 This article is produced using significant extracts from Roger So Far

On the initial deployment of 7th Armoured Brigade it was decided not to deploy the Wavell system. Wavell was essentially a portal rather than a processor. It had not been designed for use below brigade level and it provided very limited support for logistics. However, trials using GRiD laptops in 3rd Armoured Division had shown the staff how useful laptops could be.

An Urgent Operational Requirement (UOR) was therefore raised for a CIS and the result was the Desert Interim CIS System (DICS).

Ruggedised and tempest- protected DEUCE workstations and GRiD laptops were deployed within 1st Armoured Division. They used the Ptarmigan data adapter plugged into the HQ’s Local Area Network (LAN) to pass data from one HQ to another. This provided staff with word processing, spreadsheets and an electronic mail facility.

The first application approved for use within the Divisional HQ enabled a movement order to be planned far quicker than was previously possible.

On the final night of the operation, the Division planned three different operations and implemented one of them – this would not have been possible without CIS assistance. 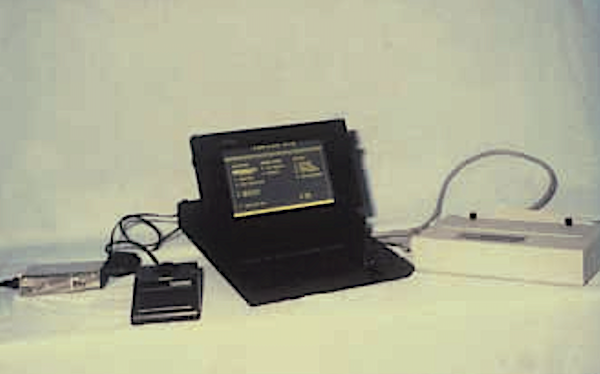