On 20 March 2003, a British force of 46,000 personnel, along with a US force of around 150,000 and small contingents from Australia and Poland participated in an invasion of Iraq. Britain’s part in the invasion (and continuing support given to Iraq after the fall of Saddam Hussein) was code named Op Telic.

The main reason given for the British involvement was to eliminate a perceived threat from Saddam Hussein’s weapons of mass destruction. Such weapons were never found and neither were any links with Al-Qaeda. The last remaining British Forces withdrew from Iraq on 22nd May 2011.

Between the start of the campaign in March 2003 and the end of operations in July 2009, 179 British Armed Forces deaths were recorded this included five from the Royal Corps of Signals.

The roles and responsibilities of Royal Signals soldiers

During the fighting phase the Royal Signals contingent numbered almost 2,000. The Corps remained heavily involved until May 2009. The initial ‘war-fighting’ phase of Op Telic lasted less than a month, with the Iraqi army putting up very little resistance, despite being twice the size of the invading force. The British quickly secured the Iraqi port of Umm Qasr, set up a logistical base and established an HQ in Basra.

The Corps started deploying soldiers to Kuwait in December 2002 and played a key role in all the planning process and in the invasion as well as playing a key part in managing communications for Brigades and battle groups, US and UK forces.

Now fully digitised, Op Telic 12 in 2008 saw the third deployment from Hohne, Germany, to Iraq of 7th Armoured Brigade HQ and Signal Squadron. The British had withdrawn from the city of Basra to Basrah airfield in 2007. Following Operation Charge of the Knights (the Iraqi Army clearance of Shi’a militias in Basra), UK forces went back into Basra in the form of Military Transition Teams (MiTTs) in a role of mentoring, monitoring and training (M2T) the Iraqi Army in fairly austere conditions and without tactical urban commercial radio (permanent mobile radio (PMR)).

Members of the Corps on Op Telic (and Op Herrick) were involved in helping the local communities in a number of ways by participating in money-raising events. One such event was a 24-hour swim-athon in full military kit plus body armour that Sig Wendy Holmes and members of the British military community in Bagdad organised in 2004. This raised enough money to pay the rent for a local orphanage for five years and bought them a 17-seater minibus and furniture.

From the BBC production 10 Days to War actor Kenneth Branagh recreates Col. Tim Collins’ speech to 1 Battalion Royal Irish Regiment, on 19 March 2003, immediately prior to the invasion of Iraq. 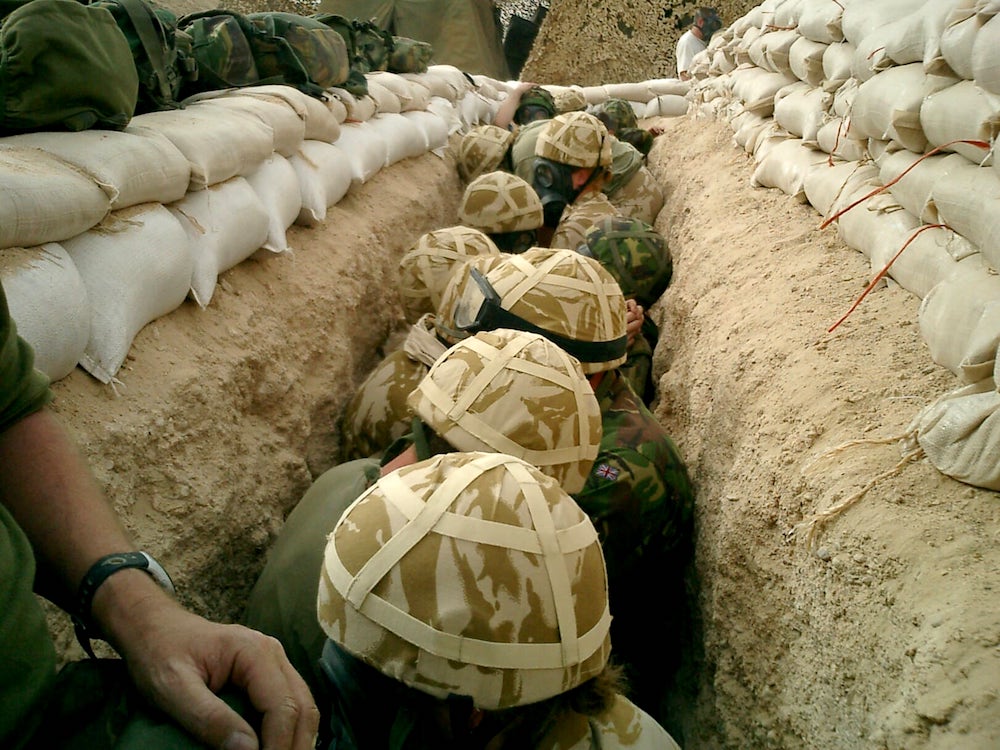 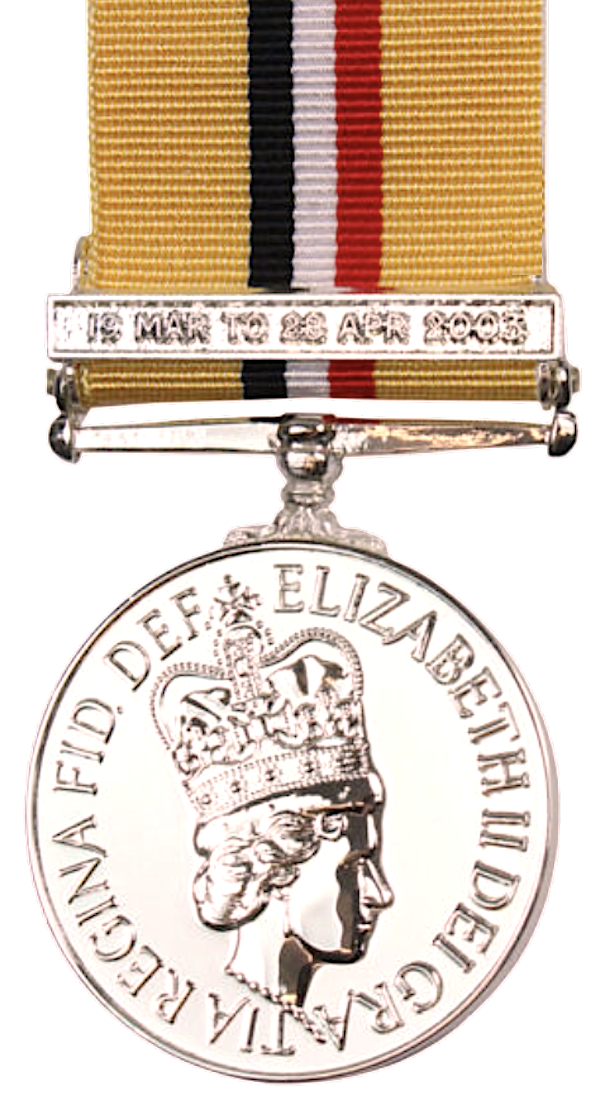 Reserve forces – part of the Territorial Army (TA) at the time) – played a vital role in Op Telic and subsequent operations. TA signallers were integrated into regular units, so, for example, 2nd Signal Regiment deployed as the 2nd Signal Regiment Group of almost 850 personnel with attached troops from most of the TA signal regiments.

In addition to the 125 personnel serving on Full-Time Reserve Service (FTRS), some of whom deployed with their units, 350 officers and soldiers from Royal Signals TA units deployed including a small team of specialists from Land Information Assurance Group (LIAG) attached to the Americans in Baghdad.

This hardback, illustrated coffee table book is packed full of stories about people, units and events in the context of campaigns, technologies and equipment. RRP £30. Special price – when purchasing from the Museum shop of just £9.99+ p&p for members of the Armed Forces, veterans, their families and supporters of The Corps.

A substantial part of this article has been reproduced (with permission) from the Corps Centenary book Roger So Far.