On this day in 1940 the Battle of France began when the German army launched a “blitzkrieg” attack on the Western Front and in six weeks defeated Allied forces in Europe conquering France, Belgium, Luxembourg and the Netherlands and ending land operations in the West until the Normandy landings four years later.

Wireless proved essential to the German success in the battle. German tanks were equipped with wireless that allowed them to be directed and which had voice communication with other units. Wireless allowed tactical control and far quicker improvisation than was possible for the British. Some German commanders regarded the ability to communicate effectively to be a vital feature of their command and radio drills were considered to be more important than gunnery. Radio allowed German commanders to co-ordinate their formations, bringing them together for a mass firepower effect either in attack or defence.

British tanks were equipped with wireless (as recommended by the Jackson Committee in 1936) but these proved unreliable and orders were typically passed by telephone or verbally.

The German communications system permitted a degree of communication between air and ground forces. Attached to Panzer divisions were the tactical air control troops in wheeled vehicles. There were too few of these command vehicles for all of the army but where available allowed the army to call up the Luftwaffe to support an attack. It is said the German troops in the dash to the English Channel never had to wait more than 15–20 minutes for the Luftwaffe to appear over a target after it had been requested. 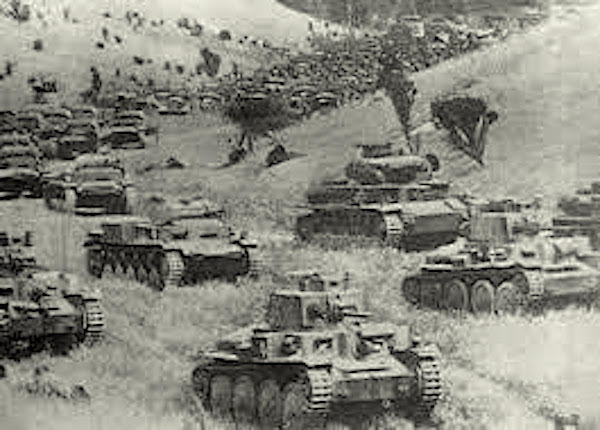