The William Preece lecture entitled ‘Telegraphy without Wires’ took place at Toynbee Hall, East London. This public lecture praised the Italian’s ideas and during the lecture the two men demonstrated a radio receiver. Whenever Preece switched a transmitter and created an electric spark, a bell rang in a box Marconi took to any part of the lecture room. There was no visible connection between the two. The demonstration The demonstration of the receiver caused a sensation and made radio pioneer Guglielmo Marconi a celebrity.

Marconi was a young Italian inventor and electrical engineer, experimenting on long-distance radio transmissions. In 1896 he left his native Italy. In the belief that his work was unappreciated by his countrymen he headed to the UK where he thought he would have more success. On learning of Marconi’s research and experiments Preece quickly grasped the potential of his work and formed a friendship with the young inventor.

Sir William Henry Preece, (1834 – 1913) studied at the Royal Institution in London under Michael Faraday who was responsible for Preece’s interest in applied electricity and telegraphic engineering. After his studies Preece was employed by the South Western District of the Electric Telegraph Company (ETC) in Southampton.  In 1868 The Postmaster-General proposed taking over all independent Telegraph companies in Britain and introduced a bill in parliament  “The Electric Telegraph Act 1868”, which involved the full take-over of all the Telegraph companies. Preece effectively became a Civil Servant working for the Post Office.

From 1870 to 1899 he was the consulting engineer for the Post Office telegraph system and contributed many inventions and improvements, including a railroad signalling system that increased railway safety. He became Engineer-in-Chief of the British General Post Office in 1892 and was a major figure in the development and introduction of wireless telegraphy and the telephone in Great Britain. However, his most important contribution in the field of communications was his encouragement of Guglielmo Marconi by securing the assistance and financial backing from the Post Office in furthering Marconi’s work. 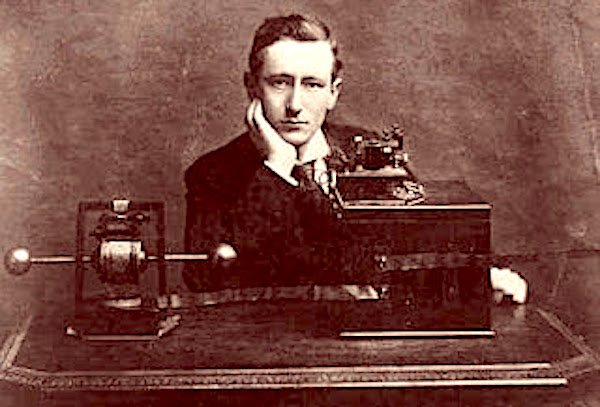