In January 1920 –  in the very early days of the trouble in the region (resulting from  the British enforcing a monarchy on Iraq – see below) –  two Military Medals were earned by NCOs of No. 2 Wireless Signal Squadron—Corporal C W Moreton and Lance Corporal J A Donohoe. Moreton was originally Corps of Royal Engineers, attached to the Indian Signal Service. Donohoe was a ‘domiciled European’ and former employee of the Indian Telegraph Department.

Ramadan Shalash, the anti British military governor of Raqqa, encouraged local tribes to disrupt communications along the old caravan routes between Aleppo in Syria and Baghdad. In December Shalash occupied the towns of Deir-ez-Zor and Abu Kemal and took prisoner the British troops and the civilian staff based there.

On 21 December, with the trouble seemingly petering out, the outpost at Abu Kemal was re-established after a short fight in which two Indian soldiers were wounded. Amongst those making up this small outpost, and amongst a very small number of British soldiers, were Corporal Moreton and Lance Corporal Donohoe.

In return for an agreement not to attack Deir-ez-Zor, Shalash agreed to release his prisoners, who arrived at Abu Kemal on 26 December. The further reinforcement of the outpost at Abu Kemal by 60 men of 126th Baluchistan Infantry and four armoured cars angered Shalash, and on 7 January he sent a letter to the political officer at Abu Kemal, Captain C C Mylles, calling on him to ‘withdraw or have his throat cut’.

News was soon received of a force of 500 tribesmen moving on Abu Kemal from Deir-ez-Zor. The outpost was attacked on 11 January just as a convoy was entering the town and a sharp fight ensued. The actions of Donahoe and Moreton contributed greatly to the success of the defence.

Donohoe’s citation recorded that under heavy fire, ‘he was largely responsible for maintaining the post, and was finally wounded while assisting a wounded man out of danger.’

Background to the troubles in Iraq

The Ottoman Empire ruled over Iraq until their defeat by the Allies in World War I. During the war the British employed the help of a number of Assyrian, Armenian and Arab tribes against the Ottomans. After the war the Ottoman Empire was divided up and the British Mandate of Mesopotamia was established by the League of Nations. Britain imposed a monarchy on Iraq and defined the territorial limits of Iraq without taking into account the politics of the different ethnic and religious groups in the country.

The removal of Ottoman officials and their replacement by British military and civilian administrators led to a series of protests that quickly gained momentum. An armed revolt began in June 1920, intent on ousting the British administration. The revolt was short lived and defeated by the end of that year, although at considerable cost. It is estimated that over 6,000 Iraqis and over 400 British and Imperial troops were killed. Iraq finally obtained its Independence in 1932 when the British mandate officially ended.

The British garrison in Iraq largely comprised troops of 17th and18th Indian Divisions, supported by their signal companies, by A Corps Signals and by Nos 1 and 2 Wireless Signal Squadron. Intercept operations were conducted by what would later become No 2 Section, No 2 Wireless Company. 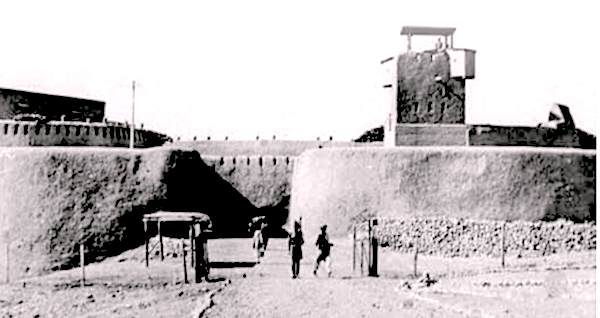