On the 11th hour on the 11th day of the 11th month of 1918 hostilities ceased along the entire Western Front of Europe and so brought an end to the Great War.

By the autumn of 1918, the better supplied and co-ordinated efforts of the British, French and American allies, were finally taking their toll and the alliance of the Central Powers was beginning to come apart. Facing exhausted resources on the battlefield, turmoil on the home front and the surrender of its weaker allies, Austria-Hungary, Bulgaria and Turkey, Germany was finally forced to seek an armistice with the Allies in November 1918.

On November 7, the German chancellor, Prince Max von Baden, sent delegates to Compiegne, France to negotiate the agreement; it was signed at 5:10 a.m. on the morning of November 11. Ferdinand Foch, Commander in Chief of all Allied forces on the Western Front sent a message by telegraph to all his commanders: ‘Hostilities will cease on the entire front November 11 at 11 a.m. French time’. From Headquarters to the Front line, the most eagerly anticipated signal of the War was relayed by telegraph operators or Despatch Riders of the Royal Engineers Signal Service, bringing news of the war’s end.

By the end of the First World War in 1918, nine million soldiers lay dead and 21 million wounded on all sides.

Unveiling of the Cenotaph 11th November 1920

The Cenotaph was originally a temporary structure erected for a peace parade following the end of the First World War. After an outpouring of national sentiment it was replaced in 1920 by a permanent structure and designated the United Kingdom’s official national war memorial.
Designed by Edwin Lutyens, the permanent structure was built from Portland stone replacing his earlier wood-and-plaster cenotaph in the same location.

The unveiling ceremony was part of a larger procession bringing the Unknown Warrior to be laid to rest in his tomb nearby in Westminster Abbey. The funeral procession route passed the Cenotaph, where the waiting King George V laid a wreath on the Unknown Warrior’s gun-carriage before proceeding to unveil the memorial. 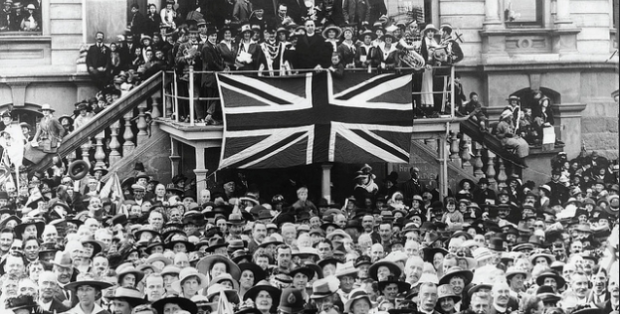 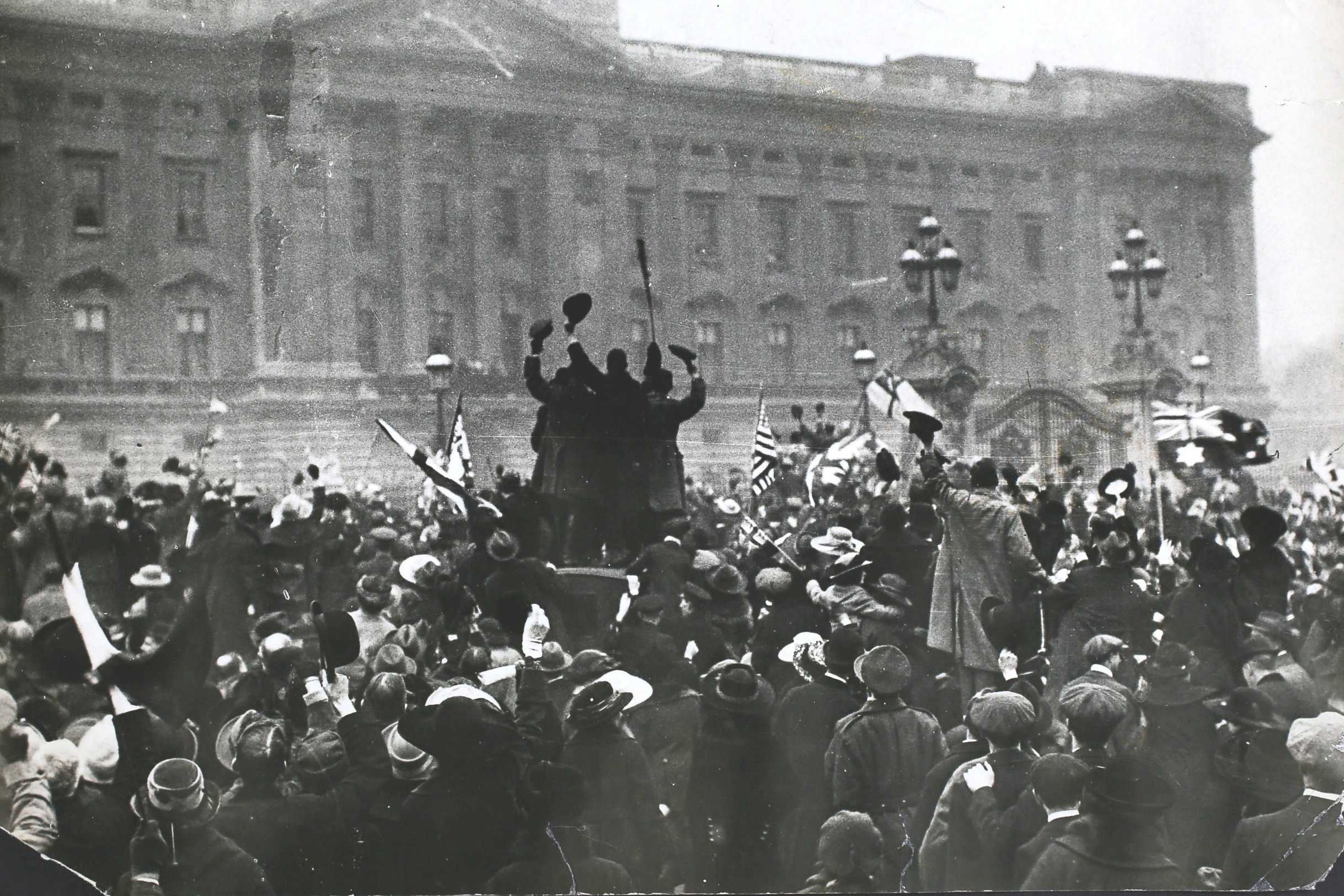 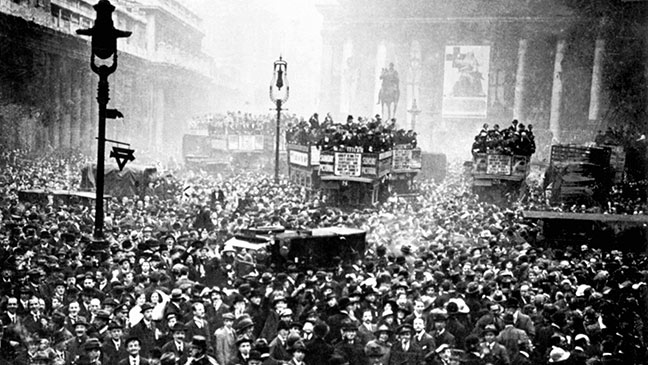