Bradley was commissioned into the Royal Corps of Signals in 1934 after graduating from RMA Woolwich. He spent two years with 1st Division Signals in Palestine from 1936-38 during the Arab Revolt before a posting to the North-West Frontier of India with the Peshawar District Signals. In 1941 he joined 8th Indian Division in Persia and Iraq. After The collapse of the pro-Axis Rashid Ali regime in Iraq the Division was released for more active service in the Italian campaign. Bradley left Italy and the 8th Indian Division in early 1944 and returned to England to join the 59th Divisional Signals Regiment for the Normandy invasion.

By September 1944, Bradley had been promoted to Colonel and taken command of 6th Airborne Division Signals. His first operation with the division was in the Ardennes, the infamous Battle of the Bulge. The 6th Airborne Division was brought over to Belgium from England at almost no notice and ordered to join 30 Corps in attacking the southern flank of the German salient around Bure, only 60 miles southeast of Brussels. Bradley’s divisional signals equipment was fogbound in England awaiting airlift and he found himself under resourced.

Knowledge of the enemy’s whereabouts was sparse, making travel behind the quickly changing front exceptionally dangerous. Determined to establish communications with the six brigades under the division’s command, Bradley drove relentlessly, crossing and re-crossing the divisional sector, going for several days and nights without sleep and at great personal risk, until he had achieved that objective. Improvisation was essential at every point as the bulk of his signals equipment was still waiting in England.

After the failure of the German Offensive in the Ardennes the Allies prepared for the advance into Germany and crossing the Rhine River. The airborne assault of the Rhine crossing was conducted by 6th British and 17th United States Airborne Divisions flown in from England and France respectively. The combined force captured all objectives. Bradley again showed courage and leadership, travelling widely to ensure every signal detachment was functioning to capacity and urging the operators to ever greater efforts. For his efforts in both campaigns, he was awarded the DSO. The citation for his DSO concluded:

‘This officer’s gallantry, initiative and devotion to duty have been outstanding. He has gained and held the confidence of his men, and inspired them to great efforts’.

Staff College and a variety of General Staff and other posts followed after the war. He was promoted to brigadier in 1961 and seconded to the Singapore Government as commander Singapore Military Forces. When the island state joined the Federation of Malaysia in 1963 he took over command of the 4th Federal Infantry Brigade of the Malaysian Army, comprising units from Singapore. President Sukarno of Indonesia’s ‘confrontation’ with the federation, over its inclusion of the former British states of Sarawak and North Borneo began soon afterwards. While military action was initially confined to the Borneo border areas a campaign of terrorist bomb explosions in Singapore kept the British and Malaysian forces on their toes. Bradley was appointed CBE in recognition of his service in the Far East in 1964. 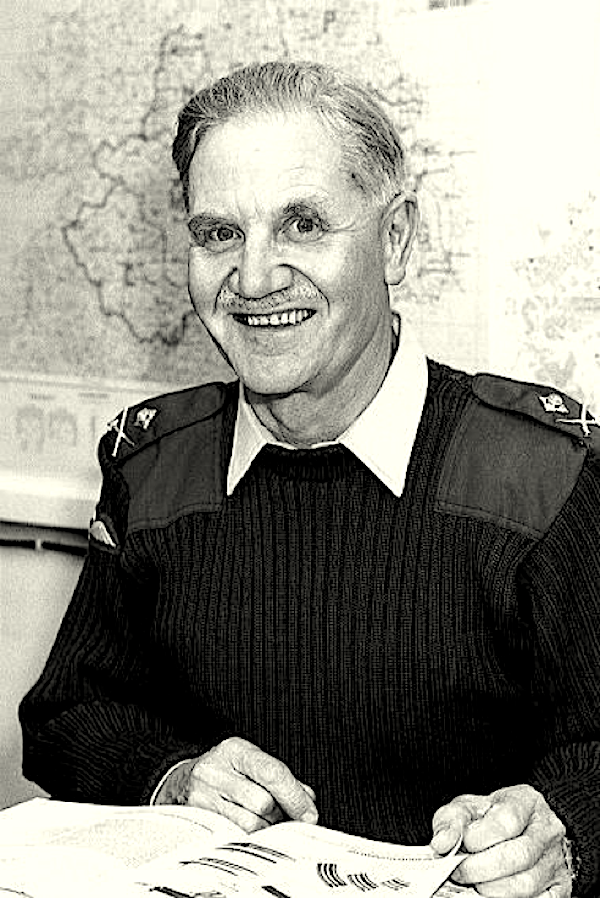 In 1965 Bradley was appointed Signal Officer-in-Chief (Army). He was appointed CB in 1968 and subsequently he served as chief of staff to the Nato C-in-C Allied Forces Northern Europe. He retired from active duty in 1970 but was Master of Signals and President of the Royal Signals Institution from 1970 to 1982.