The bomb, planted by the Provisional IRA, had been in position for several weeks and went off in the early hours of the morning.

The target was British Government who were using the hotel during the Conservative Party conference. Five people, including one MP, died and 34 were injured. Trade and Industry Secretary Norman Tebbit and his wife Margaret were both injured, Government Chief Whip, John Wakeham was injured and his wife Roberta was killed. The Prime Minister, Margaret Thatcher, and her husband Dennis had a narrow escape. Nevertheless Margaret Thatcher insisted that the conference opened on schedule at 0930 hours.

Patrick Magee, who had planted the bomb was caught and sentenced to 35 years. He was released in 1999, under the Good Friday Agreement. 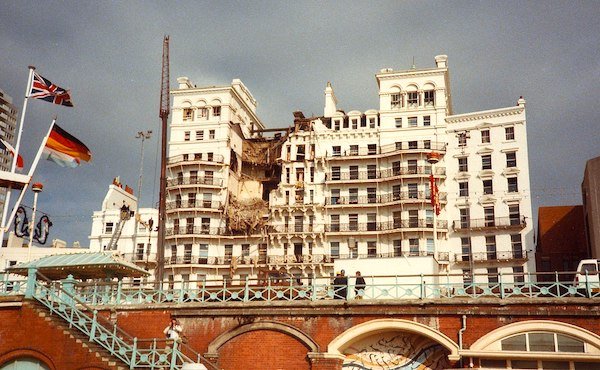