On this day in 1944 insurgents of the Greek People’s Liberation Army (ELAS) attacked the headquarters of 23rd Armoured Brigade.

The following is an abridged extract from the forthcoming book Royal Signals honours and awards published by the Royal Signals Institution.

In the late summer of 1944 as the Red Army advanced into south-east Europe, German forces withdrew from Greece. In September 1944, all Greek resistance forces were placed under the command of Lieutenant General R. MacK. Scobie CB, CBE, MC. 3rd Corps’ headquarters was established in Athens in the Hotel Grande Bretagne; it was later retitled Headquarters Land Forces and Military Liaison (Greece). Also under command was a British force (Force 140) to secure Athens (Operation Manna) comprising 2nd Independent Parachute Brigade and 23rd Armoured Brigade (reorganised as an infantry brigade), later joined by 139th Infantry Brigade. Clashes between the various resistance groups developed into armed conflict in mid-1943 and continued until the formation of a national unity government in mid-1944 by which time the communist-aligned National Liberation Front (EAM) and its military force, the Greek People’s Liberation Army (ELAS) had largely come to dominate rural Greece. During a large demonstration in Athens on 3 December Greek gendarmes opened fire on the crowd, killing 28, precipitating an uprising against British and Greek government forces.

The tactical headquarters of 23rd Armoured Brigade had been established alongside the corps headquarters on 5 December, while the brigade’s rear headquarters remained at a former infantry barracks on Kifisias Avenue, east of Mount Likavittós. This was also the largest logistic base in Athens and home to 331st Armoured Brigade Company Royal Army Service Corps, and the guns of 66th Light Anti-Aircraft Regiment, Royal Artillery. To aid in the defence of the barracks guard posts were set up on the roofs of overlooking houses. On 6 December one of these manned by Brigade Signals was fired upon by a group of 14 ELAS, who were driven off leaving their casualties behind. The following day Driver W. R. Pinnock was wounded in a similar attack and with the only exit onto the roof being sniped at by ELAS gunmen the home’s occupant, Mrs. Papavassiliou, took it upon herself to defy the gunmen and move Pinnock into cover where she treated his injury until he could be evacuated. The sniping continued over the following days and on 11 December it became evident that a large ELAS force was concentrating near the barracks. On the night of 12/13 December, ELAS launched their attack, breaching the perimeter wall. The ELAS fighters, estimated to number over 1,000, surged through the barracks attacking the signal office and various logistic dumps.

The signal office was attacked in the early stages and two of the three duty operators were severely wounded; Signalman N. Booth feigned death and was uninjured. The exchange room was destroyed and set ablaze and at the radio room Corporal W. H. Stevenson and Signalman E. Knott fought back the attackers, allowing radio communication with brigade main headquarters to be maintained. The most seriously injured was Signalman J. R. Bonser, who had been shot in the head; he died of his wounds on 15 December. The men of 331st Armoured Brigade Company bore the brunt of the fighting and suffered 13 killed (including three who were murdered after their capture), and from the various units in the barracks over 100 men were taken prisoner. In contrast, over 30 ELAS fighters were killed and another 40 captured. There were many acts of gallantry by the garrison, and several awards were made including Military Medals to Company Quartermaster Sergeant D. A. MacDonell and Corporal Stevenson from 23rd Armoured Brigade Signals. As is the case for all of the gallantry awards from the Greek Civil War, no citations are available. 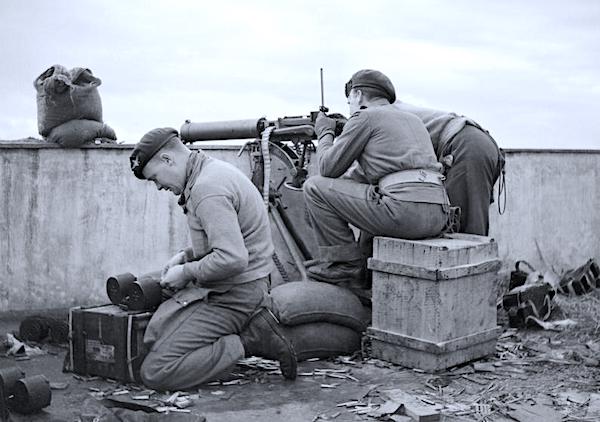 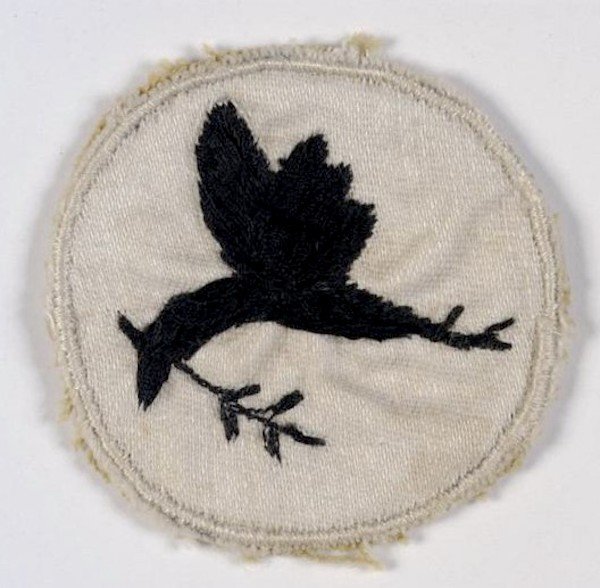