On the 13th January 1842 a lone survivor retreated from Kabul

On January 13, 1842, William Brydon, a British army doctor reached the British sentry post at Jalalabad. He was the lone survivor of a 16,000-strong Anglo-Indian expeditionary force that was massacred in its retreat from Kabul. He told of a terrible massacre in the Khyber Pass, in which the Afghans gave the defeated Anglo-Indian force and their camp followers no quarter.

The British colonies in India in the early 19th Century were held by the Honourable East India Company, a powerful trading corporation based in London, answerable to its shareholders and to the British Parliament. Their goal in Afghanistan was to protect its Indian colonial holdings, especially from growing Russian expansion in the East. By replacing its ruler with a more sympathetic supporter, the British intended to use Afghanistan as a buffer state between the two rival European nations.

The Anglo Indian army captured Kabul in August 1839 and deposed its ruler Dost Mohammad Khan in favour of the pro British Shah Shujah. The majority of the British troops then returned to India, but it soon became clear that Shuja’s rule could only be maintained with the presence of a strong British force. The British soon ran into difficulties in and around Kabul and Shah Shujah’s unpopular rule which had bred resentment and hatred eventually flared into open revolt. The British surrounded on all fronts and hamstrung by ineffectual and weak leadership had no choice but to withdraw from Afghanistan. The departing British contingent numbered around 16,500, of which about 4,500 were military personnel, and over 12,000 were camp followers.

Until the First Afghan War in 1839, the East India Company had an overwhelming reputation for efficiency and good luck. The British were considered to be unconquerable and omnipotent. The First Afghan War severely undermined this view. The retreat from Kabul in January 1842 and the annihilation of the Kabul garrison dealt a mortal blow to British prestige in the East which ultimately paved the way towards the Indian Mutiny in 1857.

Commencing on the 6th January 1842, the line of retreat to Jalalabad was through some of the most inhospitable countryside and the column found itself under constant attack and ambush. Morale and cohesion quickly plummeted and the retreat turned into a rout. The evacuees were killed in huge numbers as they made their way down the 30 miles of treacherous gorges and passes lying along the Kabul River between Kabul and Gandamak where they were finally massacred.

The Last Stand at Gandamak

Surrounded, with no supplies and no ammunition, officers and men consisting primarily of the 44th Foot Regiment, formed square, and prepared to sell their lives dearly. Of the weapons remaining to the survivors at Gandamak, there were approximately a dozen working muskets, the officers’ pistols, and a few swords. The British formed a square and defeated the first couple of Afghan attacks, driving their opponents down the hill, before finally running out of ammunition. They then fought on with their bayonets and swords before being overwhelmed. The remnants of the 44th were killed and only a handful was taken prisoner, notably Lieutenant Thomas Alexander Souter, who having wrapped the Regimental Colours around his waist was spared by the Afghans. 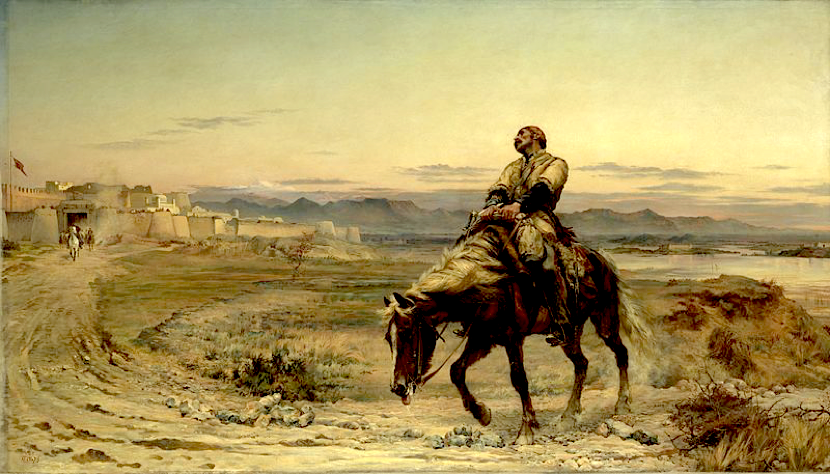 Above – Remnants of An Army – Lady Elizabeth Butler.
Below – Last Stand of the 44th at Gandamak 1842 WB Wollen. Essex Regiment. 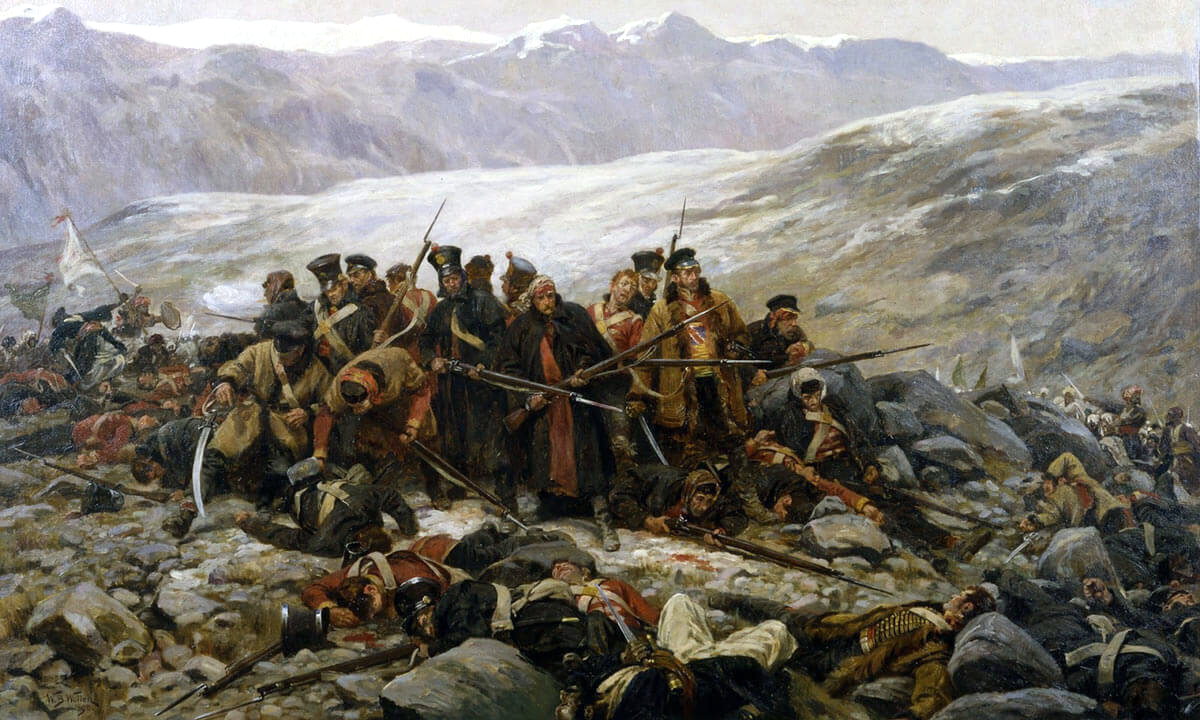 The First Afghan War provided the clear lesson to the British authorities that, while it may be relatively straightforward to invade Afghanistan, it was wholly impracticable to occupy the country or attempt to impose a government not welcomed by the inhabitants. The only result would be failure and great expense in finances and lives. The difficulties of campaigning in Afghanistan’s inhospitable mountainous terrain with its extremes of weather, the turbulent politics of the country and its armed and refractory population, and, finally, the failure of the British authorities to appoint senior officers capable of conducting the campaign competently and decisively were valuable but hard won lessons.