Nikolai Basov was a Soviet physicist whose research in the field of Quantum Physics would lead to the development of masers and later lasers and earn him a share of the Nobel Prize in 1964.

The key to the maser-laser discovery was a theory proposed by Einstein in 1917. In particular, it was Einstein’s extension of quantum theory to propose that beams of microwaves and visible light could be considered as bundles of energy, called photons; he speculated about the existence of unusual conditions under which atoms might be stimulated into a high-energy state and create intense beams of photons on return to their normal state.

A maser is a device that produces light and heat by using atoms to release energy. A maser takes the small vibrations in atoms and amplifies them to release light and heat. Originally, they were referred to by the acronym MASER or Microwave Amplification by Stimulated Emission of Radiation.

A laser is a device that makes an amplified, single-colour source of light. Mirrors are used to amplify that colour of light and to make all the light travel in one direction, so it stays as a narrow beam. When pointed at something, this narrow beam makes a single point of light. The word LASER is an acronym for Light Amplification by Stimulated Emission of Radiation.

The possibility of applying the maser principles in the optical region of the electromagnetic spectrum, to produce the laser was investigated by Arthur Schawlow, Charles Townes and Nikolai Basov, but it was Theodore Maiman who was the first to build a laser in 1960. When lasers were first invented, they were called a “solution looking for a problem”. Everyone thought they were useful but no one quite knew what to do with these devices that could produce a highly focused beam of light.

Today, lasers have become one of the world’s most important technologies, used in industries ranging from information technology to telecommunications, medicine, consumer electronics, law enforcement, military equipment, entertainment and manufacturing.

Nikolai Gennadievich Basov was born in the small town of Usman near Voronezh. He was called up for military service in 1941 and sent to the Kuibyshev Military Medical Academy to train as a military doctor’s assistant. In 1943 he was posted to serve with the Russian army. On demobilisation in December 1945, he got a place at the Moscow Institute of Physical Engineers, where he studied theoretical and experimental physics. He graduated in 1950, and then did postgraduate work at the Lebedev Physical Institute under the guidance of professors Leontovich and Prochorov. In 1952 he started research in the field of quantum radio physics and on the design of a device that might generate an intense beam of microwave radiation. The maser was born.

For the military, the benefits of Laser communications were quickly recognised. Today, Free-space optical (FSO) communications systems are under development which use lasers to transmit narrow beams of energy capable of carrying anywhere from 100 kb to tens of gigabits of data per second. Along with operating approximately 1000 times faster than conventional radio frequency (RF) communications systems, the narrow laser beams are invisible and provide an extremely low probability of interception. Also, by using laser energy to carry data, the system avoids congested RF bands, instead using higher-frequency wavelengths of the electromagnetic spectrum. Free-space optical communications systems could provide fighting forces with a high-capacity data link that is not reliant on hard-line connections such as fibre cables. 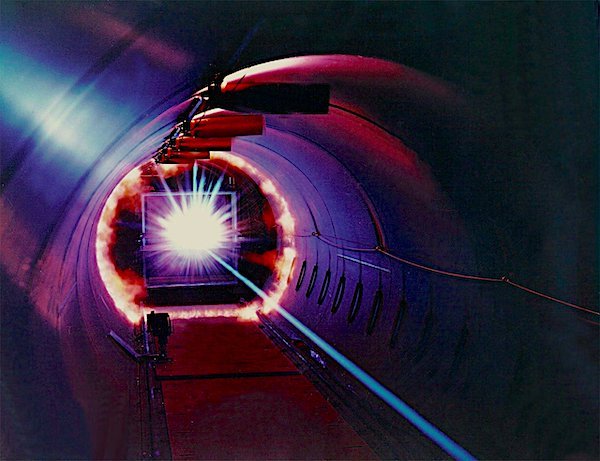 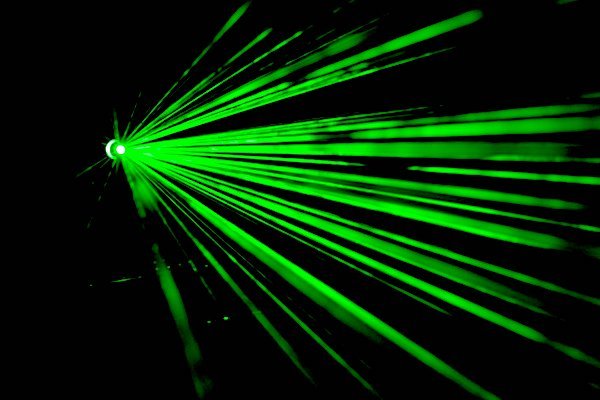