The last telegram was sent from India – the last major country to shut down its 163 year old telegram service. The service was no longer needed, as e-mail and texting had replaced the telegraph and bicycle telegram messengers.

In the UK telegram delivery ceased in 2008, while in the United States Western Union’s dwindling service was terminated on 27 Jan 2006.

The first formal telegram was sent by Samuel Morse in Washington to his business partner Alfred Vail in Baltimore, on 24 May 1844. Seeking funding, he demonstrated to Congress the power of telegraphy through wires connecting cities with the message:

In time, wires were strung across the United States and other countries, which eventually were connected by a Transatlantic cable under the ocean and more submarine cables.

While the majority of telegrams were used for everyday conversation and business some were particularly poignant. During World Wars One and Two the most dreaded telegram of all was hand delivered on behalf of the War Office. The message would begin:

‘Deeply regret to inform you ….’ 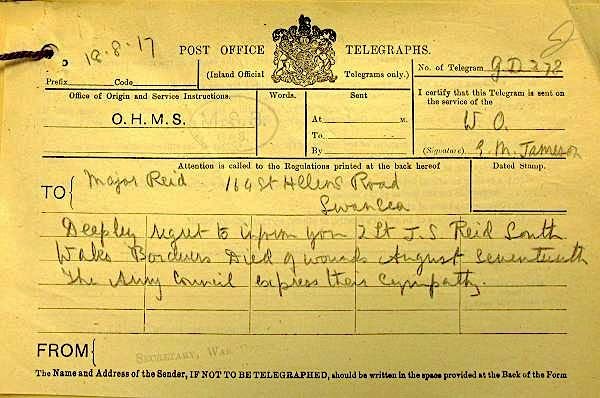