On this day in 1982 Argentine forces on the Falkland Islands surrendered ending the 74 day war in which 255 British and 649 Argentine soldiers, marines, sailors, and airmen, and three civilian Falkland Islanders were killed. At 2100 hours on 14 June 1982, the commander of the Argentine garrison in Stanley, General Mario Menéndez, surrendered to Major General Jeremy Moore in the presence of representatives of all branches of British armed forces (including Staff Sergeant Glenn Harwood of the Royal Signals) which had taken part in the campaign.

The conflict had proven to be a severe test of the Royal Signals’ versatility. Before the main force arrived, Royal Signals personnel were in action with the SAS, carrying out reconnaissance, intelligence gathering and sabotage on Argentine installations. The Royal Corps of Signals needed to ensure that there were sound communications in the UK between the various Headquarters, ports, airfields, logistics depots and to the forward operating base in Ascension Island, 4,000 miles away. The Corps successfully set up communications for a divisional headquarters, a new 5th Infantry Brigade and rear links 8,000 miles back to the UK.
Altogether 600 members of the Royal Corps of Signals took part in Operation Corporate, about 500 of whom were on the Falklands during the campaign, and eight were killed.

14 June has been a public holiday in the Falkland Islands since 1984 and officially celebrated as “Liberation Day”.
Relations between the UK and Argentina were not restored until 1989. 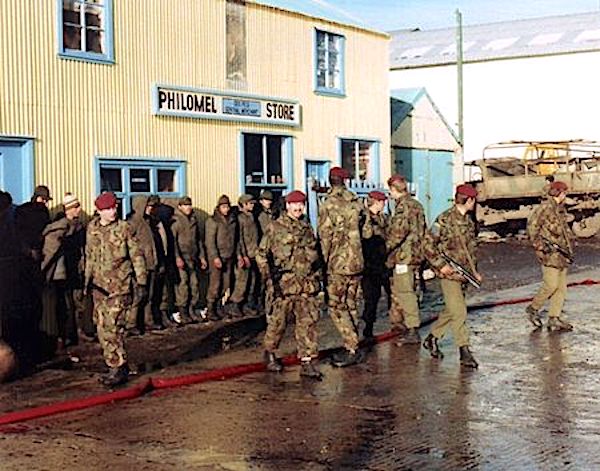 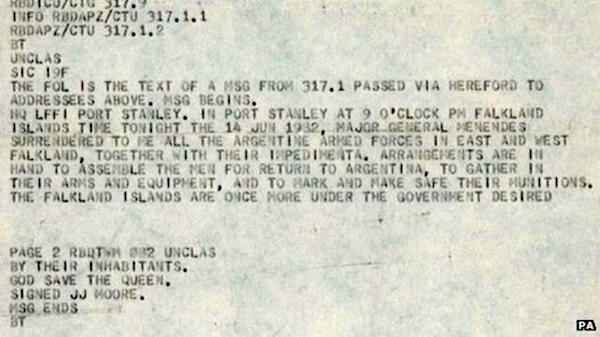