On the 15th August 1945 Japan surrendered

On this day in 1945 Japan surrendered and the Second world War effectively came to an end. 15th August is commemorated as the official VJ Day in the United Kingdom.

On 6th and 9th August, the United States had dropped atomic bombs on Hiroshima and Nagasaki, respectively. On 9th August, the Soviet Union declared war on Japan and on 10th August the Japanese government communicated its intention to surrender under the terms of the Potsdam Declaration. Just after noon on 15th August 15, Emperor Hirohito’s announcement of Japan’s acceptance of the terms of the Potsdam Declaration was broadcast to the Japanese people over the radio. Earlier the same day, the Japanese government had broadcast an announcement over Radio Tokyo that ‘acceptance of the Potsdam Proclamation would be coming soon’, and had advised the Allies of the surrender by sending a cable to U.S. President Harry S Truman via the Swiss diplomatic mission in Washington.

On 2nd September, a formal surrender ceremony was performed in Tokyo Bay, Japan, aboard the battleship USS Missouri.
Since the European Axis Powers had surrendered three months earlier VJ Day was the effective end of the Second World War, although a peace treaty between Japan and most of the Allies was not signed until 1952, and between Japan and the Soviet Union in 1956. 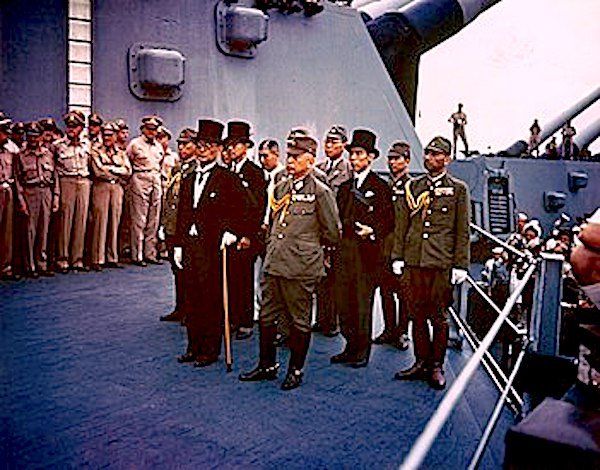 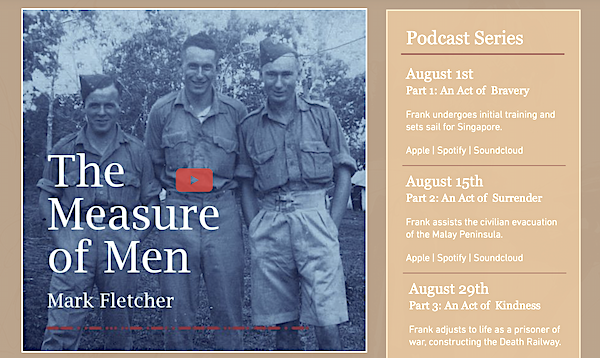 The Measure of Men

Frank Keegan, a World War II veteran signaller, recalls his experiences as a prisoner of war in the Japanese camps on the Malay Peninsula. Accompanied by Mark Fletcher’s haunting piano composition, Frank reminds us that acts of kindness can prevail in a brutal war.Visit their site: www.themeasureofmen.com to discover Frank’s story and experiences in the Japanese camps.
See all 'On this day' articles