On the 15th December 1899 the Battle of Colenso took place

The battle of Colenso was the third battle of the Boer War fought by the British that week (the others were at Stormberg and Magersfontein). The battle took place when the British Commander in Chief, Sir Redvers Buller tried to breach the Boer defences.

Underestimate the enemy at your peril

A lack of proper reconnaissance prior to the engagement, combined with an unimaginative frontal assault resulted in heavy casualties for the British; 143 were killed, 755 wounded, 240 missing and 10 artillery pieces captured.

Not only had Buller totally underestimated the enemy but defeat was compounded by confusion arising from poor orders and poor tactics in the face of modern weapons. Buller was forced to withdraw and the siege of Ladysmith (a protracted three month engagement at the township of Ladysmith Natal) continued

Origins of the Second Boer War

The origins of the Second Boer War (11 October 1899 – 31 May 1902) lay in Britain’s desire to unite the British South African territories of Cape Colony and Natal with the Boer republics of the Orange Free State and the South African Republic (SAR). The Boers, wanted to maintain their independence but realising that Britain was not seeking a peaceful settlement, issued an ultimatum demanding the withdrawal of British colonial troops from their borders. This ultimatum was rejected and the Boer republics invaded Cape Colony and Natal laying siege to the towns of Kimberley, Mafeking and Ladysmith.

In an attempt to lift the siege at Ladysmith (Nov 89 – Feb 90), the British Commander in Chief, Sir Redvers Buller established a camp and HQ at Frere – 25 miles away. In between the two lay the Boer defended town of Colenso on the Tugela River. Telegraph lines out of Ladysmith had been cut by the Boers on 2nd November and Buller was determined to re establish communications prior to his advance north.

Over the four month siege some 20,000 shells were fired into Ladysmith.. This extract from the diary of Army Schoolmaster WH Gilbert, 19 and 22 December 1899 at Ladysmith illustrates how conditions worsened as the siege continued:

‘Our provisions are getting very scarce… coffee, tobacco, jam, pickles and other necessaries. I don’t think I will ever again grumble at dry bread for tea, or complain if there’s no milk in the jug… The Boers are beginning to use their guns properly. This morning at 7 while some men of the Gloucestershire Regiment were eating breakfast, a shell burst on one of the sangars with terrible results, killing 7 men and wounding 10 others… it broke right in amongst them. All this afternoon shrapnel shells were flying.’

In a rare light moment, on the 101st day of the siege, the Boers heliographed a message to the besieged British“101 Not Out” to which the Signallers of the Manchester Regiment, forming part of the garrison, replied “Ladysmith still batting” 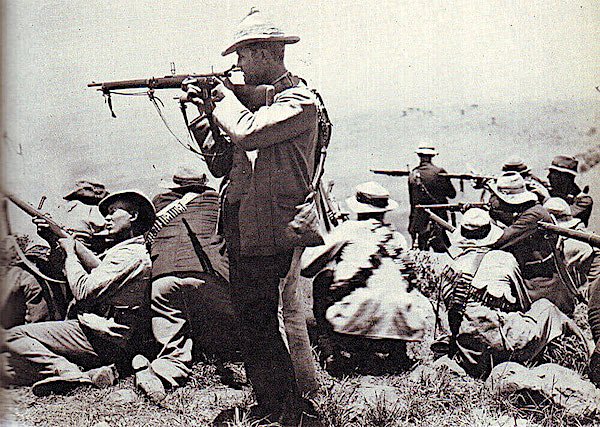 Boer riflemen at the battle of Colenso 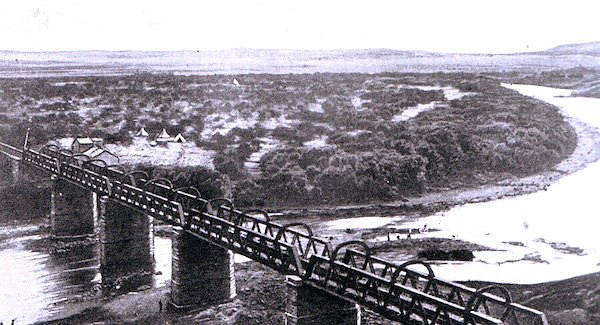 A Commando bound for Colenso crossing the Kip river 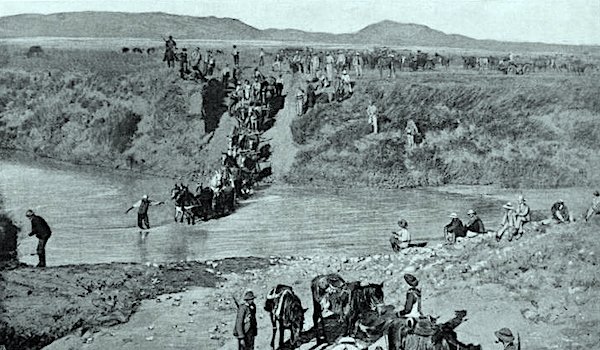