Brigadier Russell Maynard MBE lost his life whilst saving several children from drowning and subsequently received a posthumous award of the Medaglia Civile Di Valore.The Italian Medal for Civil Valour is Italy’s Highest Decoration for Civil Bravery and is the equivalent of the British George Cross.

The Royal Signals Museum holds Brigadier Maynard’s medal. It was presented by the family of the late Brigadier who won it on 15 July 1988 where, on a beach near Fregene, Rome. he and a Danish officer, Colonel Niels Thorn, saved the lives of several children at the expense of their own.

‘Alerted by cries for help, he did not hesitate, together with another military officer, to dive into the sea to go to the rescue of six young people who, because of the adverse weather and sea conditions, were about to drown. General Maynard generously succeeded in saving the lives of all the young people but, overcome by fatigue, we was himself swept away by the waves and drowned. He sacrificed his own life for the most noble ideals of altruism and human solidarity.’

Brigadier Maynard was commissioned into the Corps in 1960 and served in theatres worldwide including the Command of 4th Guards Armoured Brigade Headquarters and Signal Squadron and Commander Communications in Northern Ireland where he was mentioned in despatches. He had been relaxing in a break from his course at the NATO Staff College in Rome when this tragic incident occurred. 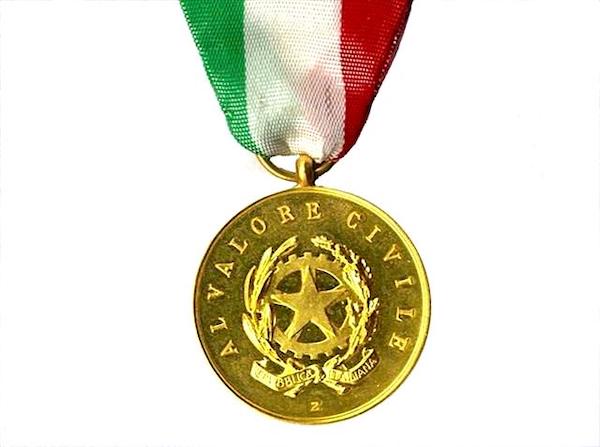 Brigadier Maynard’s medal is on display at the Royal Signals Museum. Below is a photograph of the family presenting the medal to the museum. 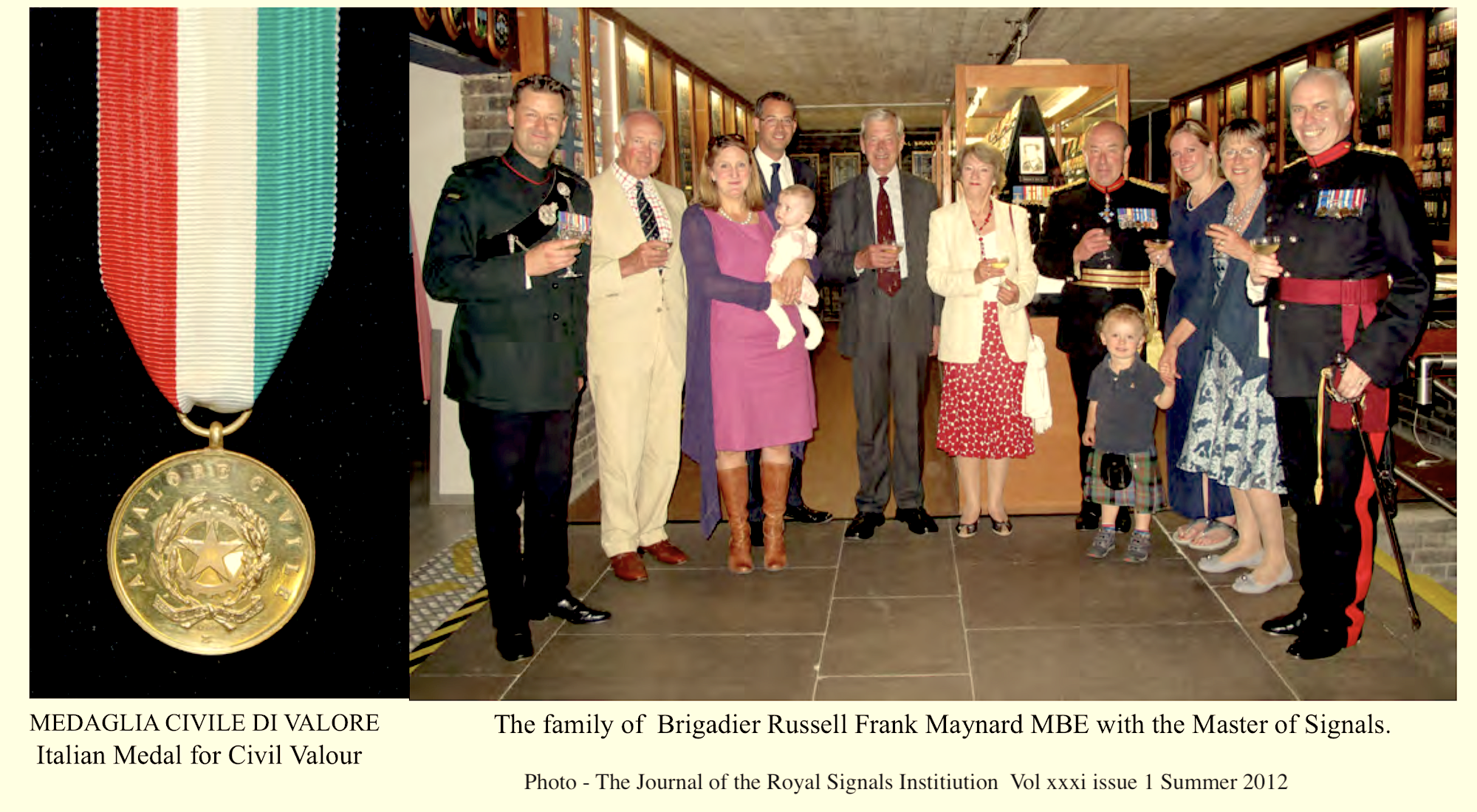