It was exploded in the air off Christmas Island in the central Pacific Ocean. The bomb was dropped as part of Operation Grapple by a four-engined jet, Valiant from No 49 Squadron RAF Bomber Command (normally based at RAF Wittering, Northants).  Tests continued throughout 1957 and 1958 until  a moratorium on nuclear testing was announced by the United States government effective 31 October 1958.

From May 1958 until May 1959 WO2 Pat Soward served with 2 (Special) Air Formation Signal Troop at Christmas Island (now Kiritimati Island) in the Pacific Ocean. The 65-strong Troop was upgrading the island’s telephone exchanges and lines. This was during Operation Grapple and during the tests people stayed at their normal places of work, inside or outside, and no protective clothing was issued. They were warned over the tannoy to look away, there was then a flash and heat before a blast wave. After this they could watch the mushroom cloud form and many of them did. Soward experienced two of the megaton and two smaller explosions. 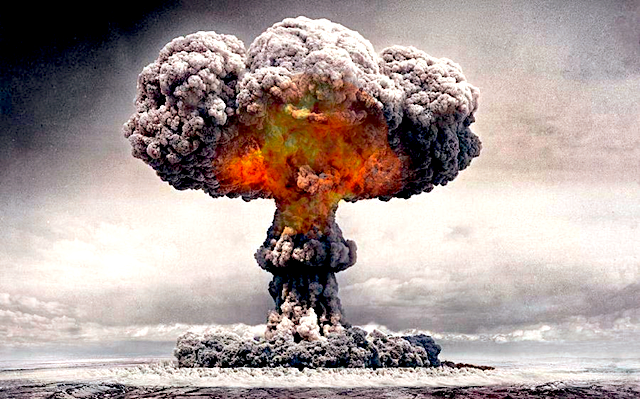