Brigadier Olds career was quite unique amongst officers of his rank in that he attended neither University, Staff College or long Technical courses and instead had virtually uninterrupted service at regimental duty and in staff appointments in field formations.

Born in Fort George in Inverness in 1933, Keith Olds spent his early years in India before his family returned to England in 1944. He attended RMA Sandhurst and was commissioned into the Royal Signals in 1953.

As a junior officer he served as a troop commander in a variety of field units with the British Army of the Rhine (BAOR), Middle East, Berlin and the Far East. He was engaged in active operations in Oman, Kuwait, Aden and Borneo and was serving in Berlin in 1961 when the Russians sealed the city and erected the now infamous Berlin Wall. During the Indonesian confrontation in Malaya, Olds took up his first staff appointment as an Intelligence officer with17th Gurkha Division.

In 1967, he was promoted and took command of 249 Signal Squadron based in Singapore until 1969 before heading back to England to serve as a staff officer in the Adjutant General’s office in London. There followed a brief spell as 2nd In Command of 22 Signal Regiment and in 1973 was promoted to command 34 Signal Regiment (V) before returning to BAOR as Chief Signals Officer 1 Signals HQ, 1st British Corps.

In 1978, Olds was promoted to Colonel and commanded 1st Signal Group in Southern England before being sent to Rhodesia in command of the Commonwealth Signals force in support of Operation Agila. This was the supervision of the Commonwealth ceasefire which monitored the cessation of hostilities and the establishment of the nation of Zimbabwe. One squadron provided rear links, HQ communications and a forward net, whilst the other went into ‘the bush’. This operation saw the first operational use of Clansmen radios and of satellite communications.

In 1983, he was promoted to Brigadier in command of 2nd Signal brigade before retiring in 1986. 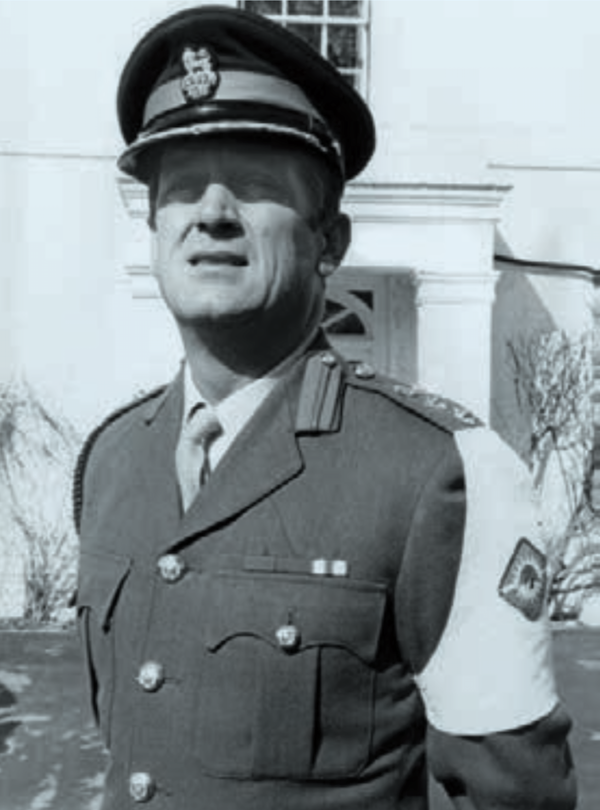