On the 16th July 1938 a Military Medal was earned by a signalman on the North-West Frontier of India.

On this day in 1938, operations in the region claimed the life of Lance Corporal F G Wyatt and in the same operation Signalman G. H. Downing earned a Military Medal.

The story is recorded in the book Honours, Decorations, and Medals to The Royal Corps of Signals for Gallantry & Distinguished Services by Nick Metcalfe:

In June and July, the Faqir of Ipi formed a large body of tribesmen that threatened communications and posts in the Upper Tochi Valley. In response, on 10 July, the Razmak Column (‘Razcol’) and 3rd (Jhelum) Infantry Brigade (the combined force being known as ‘Wastrike’) marched into the valley, heading for the Kharre area where the Faqir was now based. The march, in very hot weather and across difficult mountainous country, was arduous and draining, made more gruelling by determined and aggressive opposition from the rebellious tribesmen.

During the march, Lance Corporal Wyatt, who was in charge of a ‘C’ set detachment, felt dizzy with the heat. When he could only stagger, he made his way down the length of the column to get permission from his officer to fall out; he then collapsed. Although evacuated to the military hospital at Bannu 30 miles away, he succumbed to pneumonia on 16 July.i By 13 July, Razcol was approaching the area held by the Faqir’s men.

Predictably, resistance increased resulting in hard work to capture and hold the heights dominating the column’s route. In the Kharre area, reached on 14 July, the precipitous mountains proved a considerable challenge but by evening the area had been cleared; the Faqir had fled leaving behind rifles, ammunition, and supplies, which were captured.

On 16 July, Razcol began its return march down the Duga Khulla, a tributary river. Predicting such a route, the tribesmen had laid mines in the nullah. Signalman Downing was the operator of a No 1 pack wireless set with the advanced guard of Razcol. While he was receiving a message, his restless mule stood on a mine, which blew off part of a leg and wounded Downing. Despite his wounds, with the second operator he unloaded the set, which he then continued to work. His citation goes on to say:

‘Although in considerable pain, he refused to have his wounds dressed until he had completed the despatch of a message to which he was, at that time, attending; an act of fortitude and devotion to duty worthy of the highest praise.’

Unashamedly pro-British and presenting the opposing Pathans as brutish troublemakers, the 1938 film The Drum was released at a time of considerable unrest in India. Both Hindu and Muslim nationalist agitators were voicing increasing opposition to British rule, and the British Army was engaged in the latest of a long-running series of operations in Waziristan. The film-makers made full use of the access granted by the British and battalions of British and Indian troops featured throughout the film. In one scene a British column is ambushed and an officer can be seen ordering a (real) Royal Signals soldier to transmit a message via his mule-borne, No. 1 set.

The Waziristan Campaign from 1936 to 1939 was largely against the lashkars (soldiers) raised by the tribes in support of the Pashtun leader Mirzali Khan, the Faqir of Ipi. 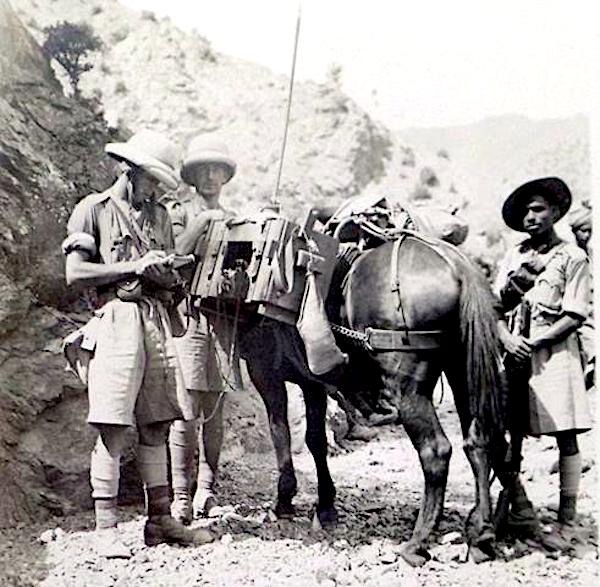 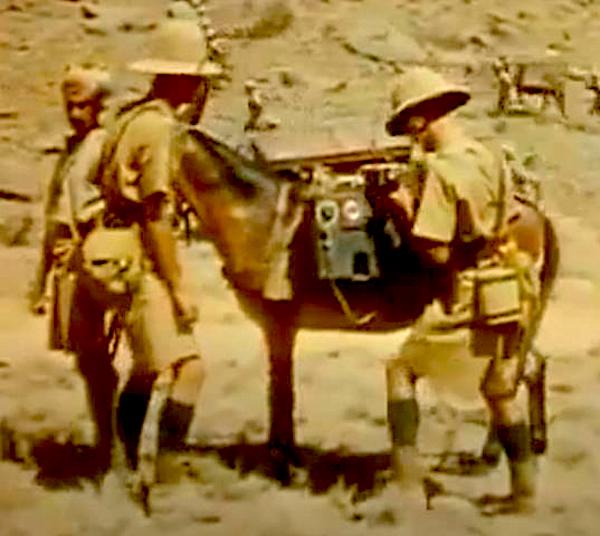