On the 16th November 1941 Canadian reinforcements arrived in Hong Kong

The arrival in Hong Kong of ‘C’ Force—a Canadian reinforcement contingent requested by the War Office.

The Battle of Hong Kong

The Battle of Hong Kong began on 8 December 1941 just hours after the bombing of Pearl Harbour. In the month prior to the battle the island’s small garrison received a reinforcement of a Canadian contingent comprising two infantry battalions, 1st Battalion, The Winnipeg Grenadiers and 1st Battalion, The Royal Rifles of Canada. The contingent was supported by 33 all ranks from the Royal Canadian Corps of Signals.

The four linemen from the Canadian section were attached to British line sections, and its despatch riders plied their trade across the Island under very difficult conditions alongside their counterparts from the Hong Kong Signal Company and Hong Kong Volunteer Defence Corps Signals.

The Battle of Hong Kong was over by the 25th December. The Canadian signal section had lost six of its number killed in action, including Sergeant Sharp. The remainder went into captivity, initially in Hong Kong but later 15 men were transported to Japan. Two men died as prisoners of war in Hong Kong, including Lance Sergeant White.

During the battle Signalman LC Speller earned a Military Medal for his conduct as a despatch rider. Two men were decorated for their conduct as prisoners of War. Sergeant Routledge was awarded the Distinguished Conduct Medal (the only such award to the Royal Canadian Corps of Signals during the Second World War) for his extraordinary courage moving messages between officers in the camp and intelligence officers on mainland China, activity that resulted in the execution of several officers, three of whom were awarded a posthumous George Cross. Signalman AR Squires was awarded the British Empire Medal for his conduct as a volunteer medical orderly while in captivity.

This was one of only many occasions in which the Royal Canadian Corps of Signals served most gallantly alongside its Royal Signals cousin, a relationship which continues today with the regular exchange of personnel with Canada’s Communications and Electronics Branch.

The story of this section is told in Beyond the Call by D. Burke Penny and you can read more on his excellent website. 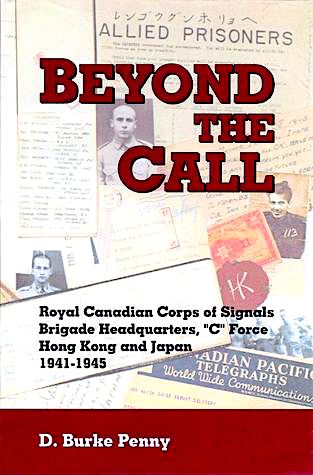 Photo: Beyond the Call by D. Burke Penny 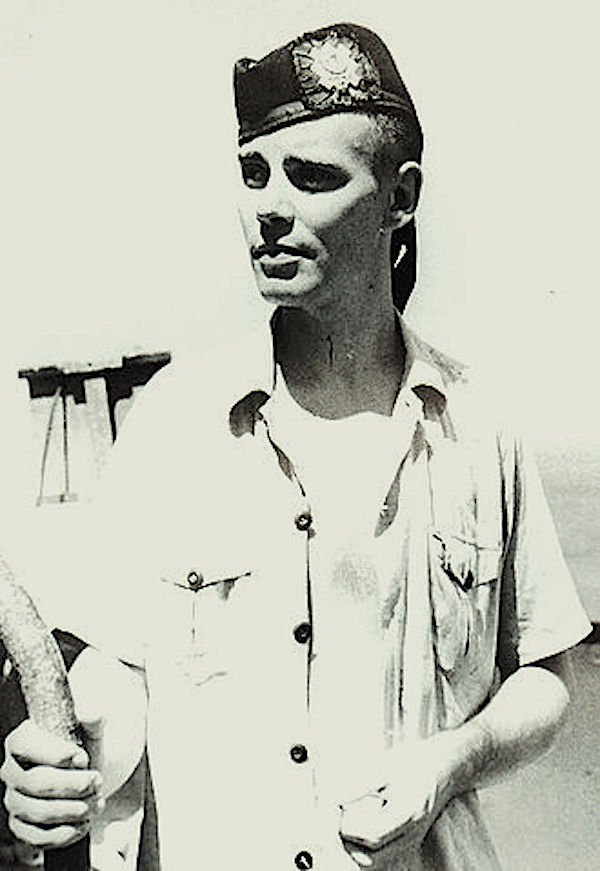