Just after midnight on 16 September 1989, Staff Sergeant Kev Froggett and another soldier were conducting a rigging task on the mast at Coalisland RUC station in County Tyrone when a Provisional IRA gunman fired a long burst from an automatic weapon at the pair silhouetted in the moonlight. Froggett was killed instantly but was held on the mast by his safety line. The other soldier was unwounded; most commendably he revisited the mast on another night to complete the task. 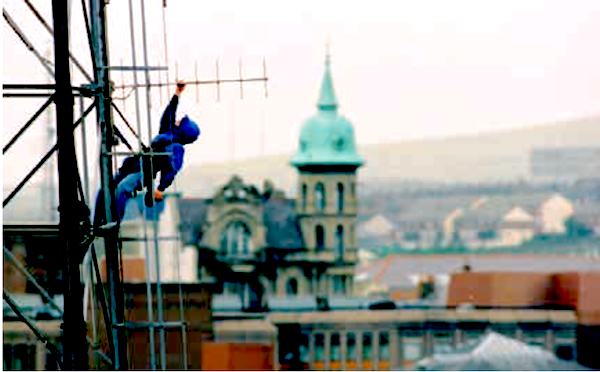