On this day Yugoslavia surrendered to the German army. However partisans remained active throughout the occupation harassing the German war effort. The partisans were supported with the supply of equipment and infiltration usually by parachute of British special forces.

Captain Edgar Harrison was parachuted into Yugoslavia to work with the partisans for which he was awarded the Military Cross. After boy apprentice training in 1933 Harrison worked in the Peking Embassy in China. When war was declared in 1939 he was posted to Section VIII, MI6 at Bletchley Park, where he trained agents before they deployed to occupied Europe. He saw action in Norway and Brussels and eventually was evacuated from Dunkirk in 1940.

In September 1940, Harrison set up a covert station in the British Military Mission HQ, Athens. He escaped the Germans in a rowing boat and then worked with the Long Range Desert Group in Egypt. He was commissioned and parachuted into Yugoslavia. He then served in Georgia and the Ukraine, training Soviet tank crews, and was awarded the Soviet Russian Order of the Red Banner. When not in the field or training agents, MI6 selected Harrison to act as Winston Churchill’s wireless operator when he was in the Middle East, keeping him up to date with Ultra intelligence reports. He also attended the ‘Big Three’ conferences with Churchill, President Roosevelt and Stalin in Tehran and Yalta.s. 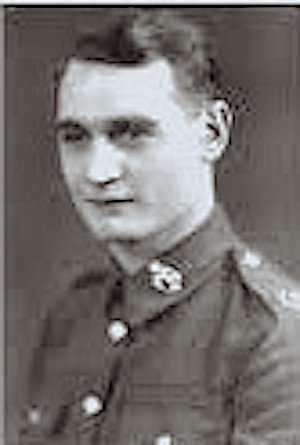