Dan Bricklin came up with the idea of an electronic spreadsheet for personal computers during a distracted period in a lecture on his Harvard MBA course. Brincklin with the help of Bob Frankston then developed VisiCalc for the Apple II computer. VisiCalc became very popular and sold hundreds of thousands of copies before being overtaken by clones such as Lotus 1-2-3 and Excel.

For the many people who have little concept of life without a computer the significance of VisiCalc might be missed. Although email had been invented in 1971 it did not become generally used until the 1990s after the invention of the World Wide Web. Until VisiCalc personal computers were generally seen pretty much as stand alone typing and adding machines and information stores. However it was VisiCalc that provided many people with an incentive to purchase a personal computer. They did this because it provided an important tool with which they could manage massive amounts of data.

Traditionally a spreadsheet was a two-page accounting sheet spread across the open fold of an accounting ledger. Rows and columns divided these sheets for manually entering data using a pen or a pencil and they were then manually cross referenced with other sheets. If one figure changed then there was a painstaking process of correcting all the other figures linked to it in the ledger.

Rene Pardo and Remy Landau invented “LANPAR” LANguage for Programming Arrays at Random, an electronic spreadsheet for mainframe computers, in 1969 but it was not available for personal computers. 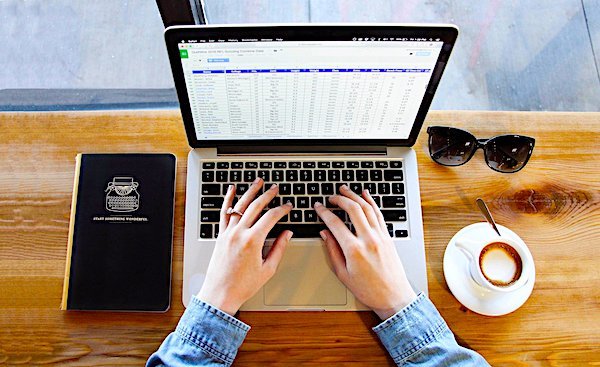