On the 17 September 1944 Operation Market Garden was launched

Operation Market Garden was a bold operation aiming to use British and US airborne forces to capture a series of bridges that spanned the network of canals and rivers on the Dutch/German border. British tanks and infantry would then advance to relieve the airborne troops and cross into Germany shortening the war by several months. The plan failed largely because the land forces were unable to reach the furthest bridge at Arnhem before German forces overwhelmed the British defenders.

Phantom and the capture of a Gestapo HQ

Sig Stan Hayward was a member of Phantom. Directly after the Normandy landings, Hayward was attached to the 3rd US Army for the advance through France to Paris. On the 17th September 1944, Hayward flew as part of Op Market Garden with Maj Hills and two other ‘Phantoms’ in Glider 14 to Nijmegen. He saw 5 of the previous gliders wallowing in the Channel and later No. 13, which contained the rest of the L Squadron Phantoms, had to abort over enemy territory. On landing, Hayward’s glider crashed into a telegraph pole. Soon afterwards they had another escape when an officer tried to lead them into road mines. ‘Too bad to recall but never to be forgotten, Hayward’s 22 days of bitter fighting included the capture of the 1,960ft-long bridge at Nijmegen, the liberation of an internment camp and the capture of a Gestapo HQ.

Listening to allied and enemy transmissions

In a war of rapid movement it is vital for higher command to know the exact whereabouts of the front lines of all Allied troops at all times. In WW2 this role was carried out by Phantom, or GHQ Liaison Regiment, who listened into both Allied and enemy transmissions to establish their locations and assess the risk to Allied units. It was not a Corps unit but the operators were Royal Signals.

Phantom operated in all the major theatres in Europe and North Africa. From D-Day the squadron HQs were based at each corps HQ and every division had a Phantom patrol. The information was passed using radios and high-grade cipher. Each squadron comprised 23 officers and 187 soldiers. After the war, Phantom was re-established as a regiment in the TA. It became Army Phantom Signal Regiment (Princess Louise’s Kensington – PLK), which traced its history back to 1798 and which became part of the Corps in 1947. Today PLK is an integral part of 31 Signal Squadron. 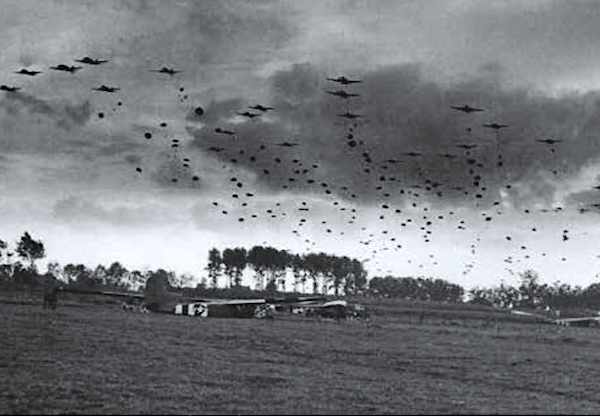