During the spring of 1939 the deteriorating international situation forced the British government under Neville Chamberlain to consider preparations for a possible war against Nazi Germany.  Plans for limited conscription applying to single men aged between 20 and 22 were given parliamentary approval in the Military Training Act in May 1939.  This required men to undertake six months’ military training, and some 240,000 registered for service.

On the day Britain declared war on Germany, 3 September 1939, Parliament immediately passed a more wide-reaching measure. The National Service (Armed Forces) Act imposed conscription on all males aged between 18 and 41 who had to register for service. Those medically unfit were exempted, as were others in key industries and jobs such as baking, farming, medicine, and engineering.  Conscription helped greatly to increase the number of men in active service during the first year of the war.

In December 1941 Parliament passed a second National Service Act. It widened the scope of conscription still further by making all unmarried women and all childless widows between the ages of 20 and 30 liable to call-up.  As part of the conscription requirement women had to chose whether to enter the armed forces or work in farming or industry.

Times had moved on and along with still vital clerical and domestic duties, women were driving and maintaining vehicles, driving trains, manning anti-aircraft guns and RADAR stations, ferrying aircraft from factories to airfields, deciphering coded German messages in secret communications units and working as spies in the Special Operations Executive (SOE). By December 1943 one in three factory workers was female building planes, tanks, guns and munitions needed for the war effort.

The WRNS, having been disbanded at the end of WWI, were reformed in April 1939. WRNS were posted to every home and overseas naval unit. There were 72,000 serving WRNS in 1945. Another service disbanded after WW1 was the WAAC, they were reformed as the Auxiliary Territorial Service (ATS) and totalled over 190,000. Other military organisations included Women in Air Transport Auxiliary (ATA) and the First Aid Nursing Yeomanry (FANY), originally formed in 1907. One civilian choice open to women was to join The Women’s Land Army, set up in June 1939. At its peak in 1943, there were over 80,000 ‘Land Girls’. 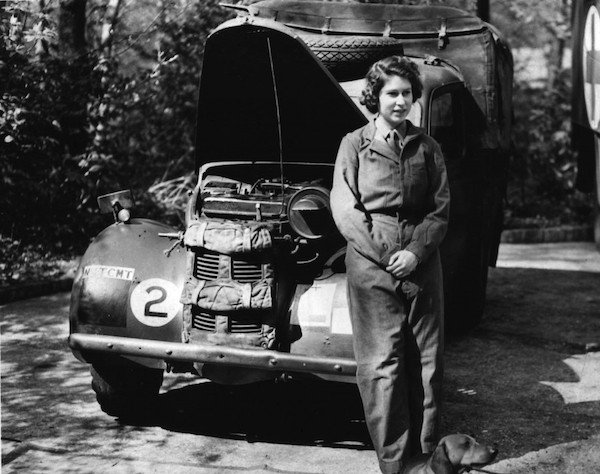 Princess Elizabeth joined the Auxiliary Territorial Service (ATS) when she was 19 years old. She trained as a driver and mechanic and was promoted to Junior Commander (Army Captain equivalent rank).