On this day in 1815 the French were defeated by Britain and her Allies at Waterloo. Not only was the victory at Waterloo momentous news, but it was the last great piece of news to be communicated without help from steam power or electricity.

Major Henry Percy was a dashing and eager aide-de-camp to the Duke of Wellington who had witnessed Bonaparte’s final defeat at Waterloo and he was now charged with carrying the official despatch announcing the victory to London. But everything was going wrong. First he had been slow getting away from Brussels. Then the road to the coast had been choked with traffic, fresh horses had been hard to find and every few miles he had been forced to stop and tell the story of the victory. Having taken nearly 24 hours to reach Ostend he had then put to sea in a “fast” naval ship only to find that there was no wind.

There he was, carrying the most momentous news of the century yet for the past 20 hours he had been drifting helplessly on the North Sea currents. When the call finally came down from the rigging that the Kent coast was in sight Percy’s patience snapped; he could not accept any further delay. A small boat was lowered, four stout sailors embarked and Percy followed with his despatch and the Duke’s war trophies – two captured French eagles, or military standards. They rowed for the English coast and made it.  There followed a breakneck drive from the coast to London by post-chaise and four (at times possibly surpassing 10 miles per hour!).

The social season was at its height in London; theatres were full to bursting and in the elegant Georgian squares there were parties and dinners aplenty. Ministers were enjoying their monthly dinner in Grosvenor Square  – this is where Percy was directed after reaching Downing Street (a little after 11pm on 21st June – some three days after leaving Belgium).

Once the Cabinet was satisfied of the victory Percy drove on to St James’s Square accompanied by ministers and a jubilant crowd,  to inform the Prince Regent “Victory, sir! Victory!” In his hands were the two gilt eagle decked with French tricolours and stained with blood. 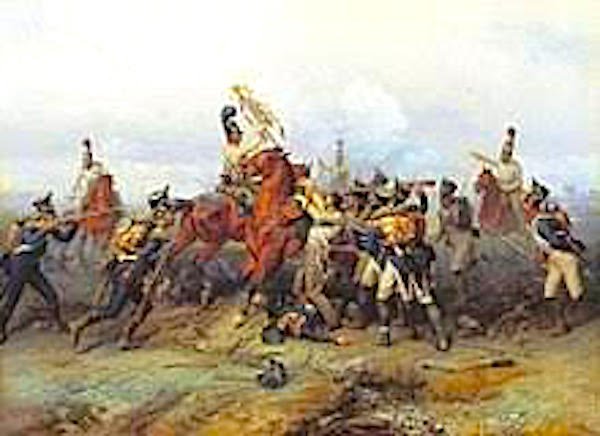 From past to present

Viewed from a distance of more than 200 years – when your smartphone will alert you almost instantly if something happens anywhere – the tribulations of the news of Waterloo are almost incomprehensible.

A shortage of technology does not completely explain why did Londoners had to wait for Percy to deliver the Duke’s carefully-crafted 16-page dispatch. In 1815 London boasted no fewer than 56 newspapers, yet not one had sent a reporter to Belgium to report the war or made special arrangements for the rapid transmission of news from the battlefront – something that is unthinkable today. A cultural gulf as well as a technological one divides us from the news world of those days.