The first automatic telephone exchange at Epsom, Surrey provided 350 Epsom telephone subscribers with the ability to dial other numbers in the town directly instead of having to ask the operator to get the number for them.

The equipment used was of the Strowger two-wire type and was supplied and installed by the Automatic Telephone Manufacturing Company Ltd of Liverpool. It had a capacity of 500 lines and was the forerunner of the standard Strowger equipment adopted by the Post Office from 1922. This electro-mechanical technology remained in use for more than 70 years and marked the beginning of the telephone automation in Britain.

Royal Signals adapt for field use

These Strowger exchanges were adapted by the Royal Corps of Signals for use in the Field well into the second half of the twentieth century. Major John Davies recalls visiting an armoured brigade Headquarters in the field in the 1970’s:

‘There were great wonders! First, the G plans FV432; the Brigade Commander’s thinking space, invariably equipped with armchair, drinks cabinet and fitted carpet. Then the Auto 20 FV432 contained a Strowger exchange with electro-mechanical switches of civilian origins. The exchange filled the vehicle and there was limited access for maintenance’.

It was not until 23 June 1995 that the very last Strowger exchange on the British Telecom network was finally taken out of service at Crawford in Scotland as the digital age became a reality. 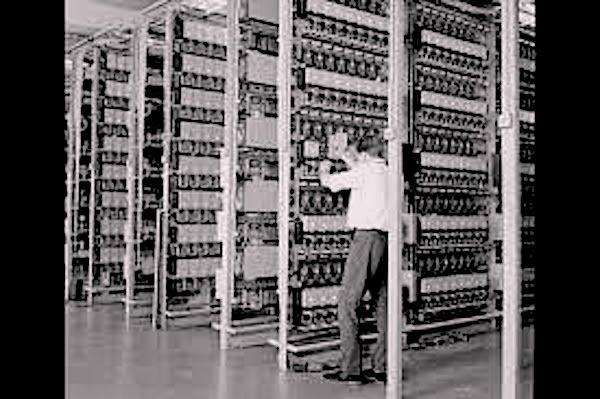