After the abrogation of the 1936 Anglo-Egyptian treaty on 9 October 1951, protests calling for the United Kingdom’s full withdrawal from Egypt increased in number and became increasingly disruptive. Violent attacks against British interests began in Ismailia, following riots on 16 October, when a British soldier was stabbed.

The police in the city were reinforced with a large contingent of armed auxiliary police from Cairo, who increasingly participated in the violence on the side of the protestors. The trouble came to a head on 17 November with shots being fired at a British jeep and the shooting then spread to other areas of the city.

On Saturday 18 November, the attacks resumed. Three British officers were murdered—Flying Officer HRA Snelling, Royal Air Force, and Major RH Wharton who were in the town with their families, and Major JCS McDouall, Royal Signals, who had gone to investigate the source of the firing; he was beaten and then shot at close range. That evening, two soldiers were kidnapped and brutally murdered; their bodies were found in the Sweet Water Canal a few days later.

In the course of the firing from a police barracks, known as the Bureau Sanitaire, in a most courageous act, Sergeant JG Christie of No. 2 Squadron, Egypt Command Signal Regiment accompanied an Intelligence Corps officer, Captain CL Kelsey, into the barracks in an attempt to persuade the renegade policemen to stop firing. Kelsey was shot and killed immediately. Sergeant Christie, having withdrawn from the barracks, risked his life to recover Kelsey’s body from the barracks forecourt under heavy fire. For his bravery he was awarded the British Empire Medal. Captain Kelsey was awarded a posthumous Queen’s Commendation for Brave Conduct.

This is an abridged extract from the book Honours, Decorations, and Medals to The Royal Corps of Signals for Gallantry & Distinguished Service by Nick Metcalfe 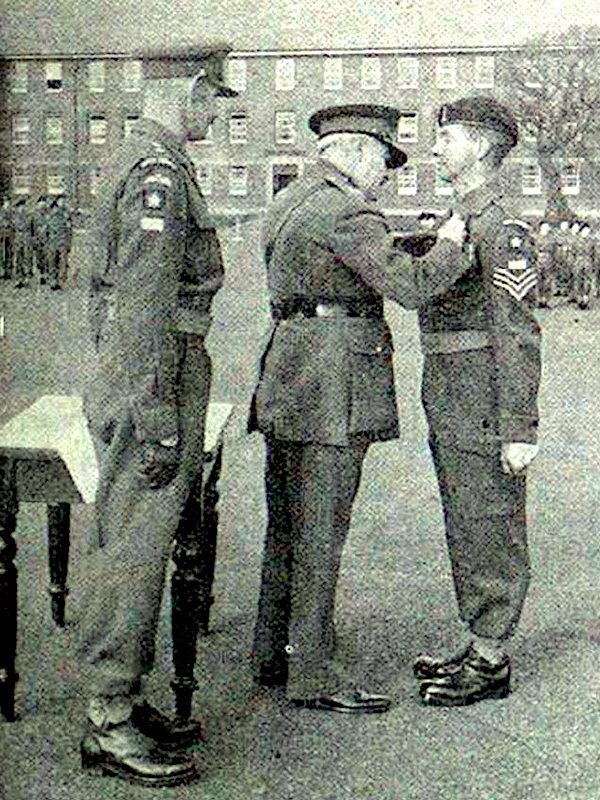 Photo above: Sergeant Christie being presented with his British Empire Medal for Gallantry.
Photo below: Sergeant J. G. Christie BEM 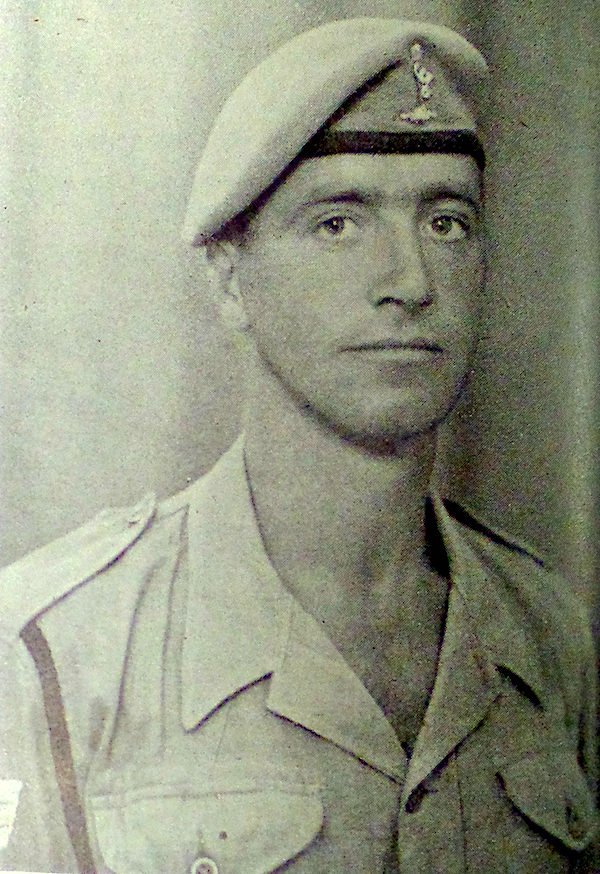