Churchill referred approvingly to the V for Victory campaign in a speech and from that point started using the V hand sign.

Palm in or out?

Early on he sometimes gestured palm in (sometimes with a cigar between the fingers). Later in the war, he used palm out after aides explained to the aristocratic Churchill that the palm in gesture meant something completely different!

An audible V using its Morse code rhythm (three dots and a dash) began to appear and as the rousing opening bars of Beethoven’s Fifth Symphony had the same rhythm, the BBC used this as its call-sign in its foreign language programmes to occupied Europe for the rest of the war.

The V sign began to appear on walls and buildings in the German occupied territories of Europe and as the Germans could not remove all the signs they adopted the V Sign as a German symbol, sometimes adding laurel leaves under it, painting their own V’s on walls, vehicles and adding a massive V on the Eiffel Tower. 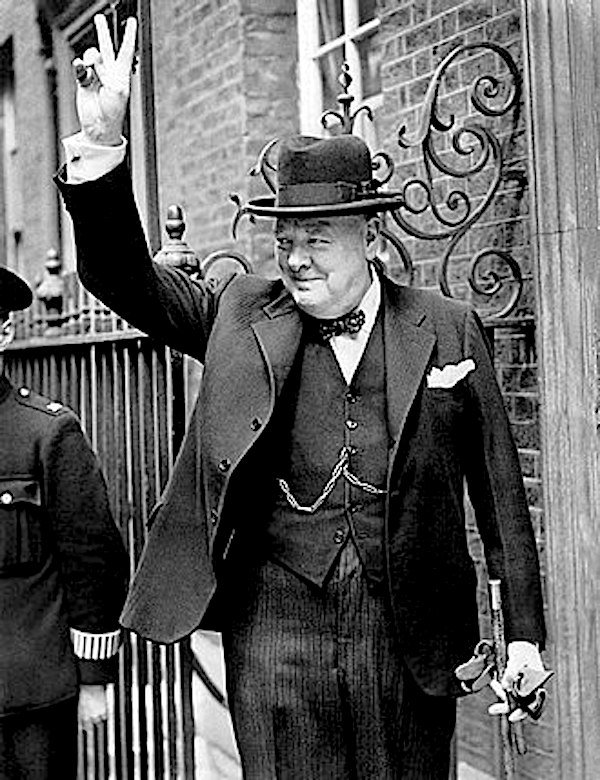 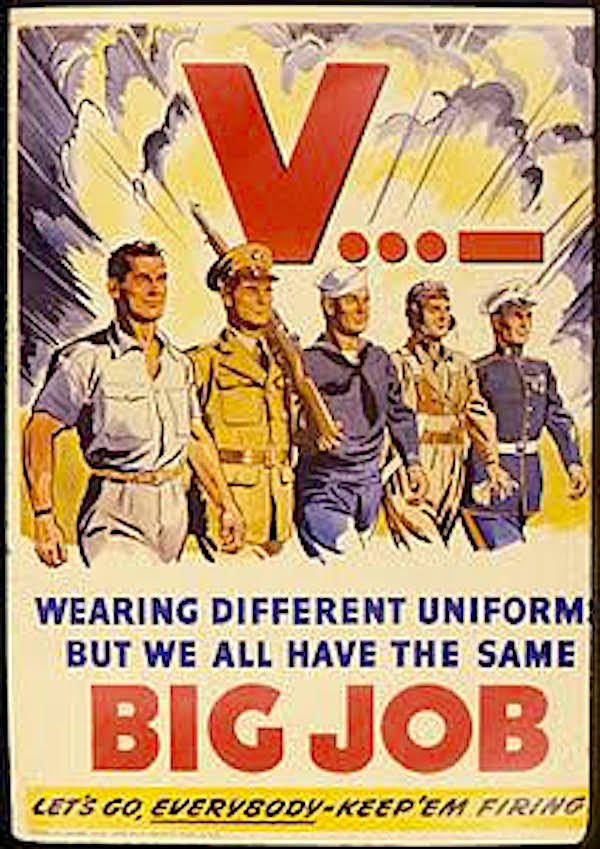