On this day in 1948 tensions in Berlin were rising as Soviet forces halted all passenger trains and traffic on the autobahn to Berlin, delayed Western and German freight shipments and required that all water transport secure special Soviet permission.

The first crisis of the ‘Cold War’ unfolded in the summer of 1948 with the Berlin Blockade. The British, French and American zones of Germany had been united as ‘West Germany’, with the three corresponding West Berlin sectors also united inside the eastern Soviet zone. When the western allies then introduced a new currency, the Soviets condemned the move and retaliated by cutting off all rail and road links into West Berlin. Perceiving this as an attempt to take overall control of the city, the western allies undertook to supply West Berlin by air and continued to do so very successfully for almost a year until the Soviets finally abandoned the blockade. Everything, including food and coal, had to be flown into Berlin and a huge number of aircraft were involved.

The Royal Corps of Signals played a major role in the success by providing and maintaining the airfield communications infrastructure necessary to co-ordinate the operation in West Berlin and in the UK. Communications were the responsibility of 41 Wing Signal Troop of 11th Air Formation Signals. They consisted of local lines and automatic exchanges, teleprinters, numerous direct lines and Ground Control Approach. Owing to the increasing number of new lines the Troop worked two shifts 0800 -1800 and 1800 – 0800. The Line Mechanic in charge of Fault Control had a heavy and arduous task to keep down to a minimum the ever increasing number of faults caused by weather conditions and the number of new installations. The teleprinters operated on a three channel system and worked continuously for most of the day making routine maintenance difficult. Linemen could be called out any time day or night to detect and repair faults.

At times it seemed that the Third World War was only a hair’s breadth away but morale amongst Royal Signals personnel remained high and in May 1949 the Russians unexpectedly lifted the blockade. The Allieds’ firm response had sent a clear message to the Soviets that the Western sector of Berlin would be protected at all cost and any future encroachment in Berlin or elsewhere would be met with equal resolve. 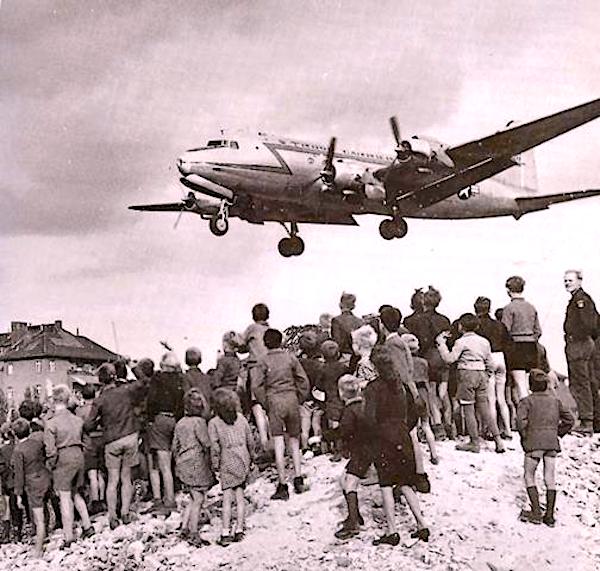