Emma started work in Boston, USA. In January of that year the Boston Telephone Dispatch Company had started hiring boys as telephone operators. They had proved very successful as telegraph operators but their attitude, lack of patience and behaviour – pranks and cursing – were unacceptable for live phone contact. The company began hiring women operators instead.

The customer response to the soothing, cultured voices and patience of women was overwhelmingly positive, so boys were soon replaced by women.

Women in the war

By the end of the war more than 50,000 women had joined. Those with previous experience
as telephonists were employed as telephone operators and telegraphists, releasing men to perform other duties. They wore blue and white signaller’s armbands.

A post-war report for the Post Master General described women as being ‘quicker and more accurate, more deft and skilful in manipulation, more assiduous in attention to signals, more responsive to exceptional demands at times of pressure and more ready to learn and use the standard expressions’. 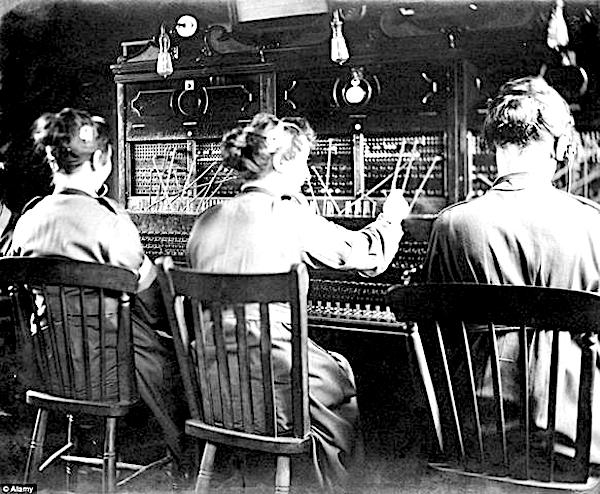