Until 1974 the United Kingdom’s third-level award for bravery after the George Cross and George Medal was either one of the lower grades of the Order of the British Empire (CBE, OBE or MBE) or the British Empire Medal—they were awarded based on the status of the recipient.

On 18 June 1972, British European Airways Flight 548 crashed near Staines killing all 118 people on board. The bravery of Mrs. Frances Castledine, a nurse who responded to the crash, resulted in an award of the MBE for her bravery and it prompted a review. On 20 June 1974, the Prime Minister in a Parliamentary written answer announced the institution of the Queen’s Gallantry Medal.

Award for ‘exemplary acts of bravery’

The medal is awarded for ‘exemplary acts of bravery’ and since 1977 posthumous awards have been allowed; since its institution there have been around 1,100 awards. Both civilians and military personnel are eligible, the latter for acts not in direct contact with an enemy, although the regulations governing the award of the medal have proven very flexible.

Lieutenant Colonel Andrew Gale was serving as the defence attaché in Ghana and immediately flew to Sierra Leone. As law and order broke down, his first priority was to get 400 British and other European nationals, many of whom had been robbed and had not eaten for several days, onto a chartered Boeing 747 and to ensure its departure. He did so in the face of a stand-off between rebel soldiers of the Revolutionary United Front and Nigerian soldiers of ECOMOG. A few days later on 2 June, Sierra Leone forces and rebels began shelling Nigerian soldiers at the Mammy Yoko Hotel, which was set on fire. About 800 civilians had taken refuge there. A ceasefire was brokered to allow the civilians to be evacuated. Lieutenant Colonel Gale was central to the pacifying the situation—the High Commissioner later wrote: ‘…so my very brave defence adviser volunteered to jump into his Land Rover, with the biggest Union Jack we could find, and he drove down the hill and around to the four places where the soldiers had mounted machine guns and mortars firing at the hotel…’ 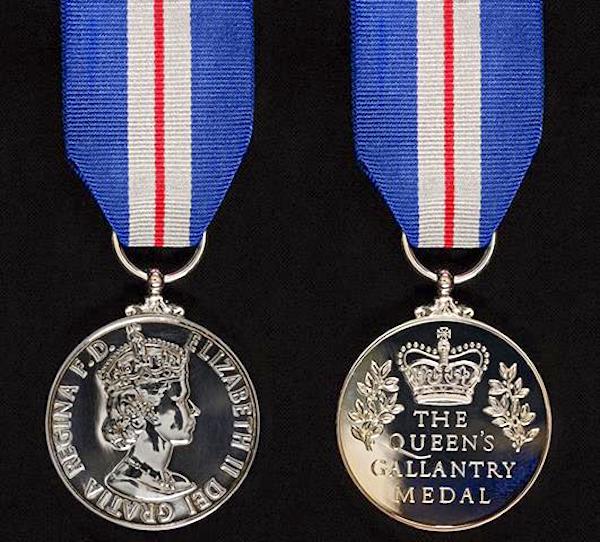 Eleven Queen’s Gallantry Medals have been awarded to officers and soldiers of Royal Signals, including one Bar—nine for service in Northern Ireland, one for bravery in Afghanistan, and one for bravery during a coup in Sierra Leone in May and June 1997.