Constable RCV Mott BEM, former sergeant Royal Signals would be awarded a posthumous King’s Police Medal for Gallantry; the first such award to the Palestine Police

Cyril Mott was born in 1907 in Chatham, where his father was serving with the Royal Marine Light Infantry. In March 1924, aged 16, he enlisted into the Territorial Army and a little over 18 months later, in December 1925 he enlisted into the Regular Army, joining Royal Signals as a ‘fitter, signals’. At the end of his period of service in 1932 he enlisted for service with the Palestine Police.

In the early 1930s, increasing tensions in Palestine led to a series of Arab protests and ultimately to violent confrontation.

On the 30th October 1933 in Jerusalem small groups of police officers were confronted by very much larger crowds. At the Gate of the Street of the Chain in the south-east of the Old City, a crowd estimated as 700-strong was met by Constable Mott and Palestinian Constable Abdullah Zahar. The crowd attacked the policemen with stones, bottles, and sticks. Mott was thrown to the ground and dragged away but Abdallah Zahar fired two shots and Mott managed to regain his feet.

For his bravery during the riots Mott was awarded the British Empire Medal; for saving Mott’s life his loyal and brave partner Zahar received the King’s Police Medal for Gallantry. In a letter to The Wire, Mott’s former commanding officer, Lieutenant Colonel J. S. Yule, wrote, ‘…the authorities will have published an official version. I may say, however, that he carried out, with cool judgment and disregard of his personal safety, the most difficult task that an armed soldier or police officer may be called upon to perform, namely the use of force in quelling a civil disturbance.’.

Mott himself was a regular contributor to The Wire and an article about the Palestine Police appeared in the April 1935 issue. In it he drew the readers’ attention to the former Royal Signals soldiers in its ranks, although these were only a few of those who served with the Palestine Police before its demise in 1948.

Murdered by members of the Black Hand

The gallant Constable Mott met his death two years later in 1935 in an incident that would spark the Arab uprising. On 7 November, Sergeant Moshe Rosenfeld, a Jewish policeman, was tracking grapefruit thieves near Ein Harod in the Jezreel Valley when he was murdered by members of the Black Hand. Izz ad-Din al-Qassam and his fighters had become an increasing threat to peace in northern Palestine and, following the discovery of Rosenfeld’s body, a widespread hunt for him ensued.

By 20 November, al-Qassam and eight of his men had been tracked to some ruins in a patch of scrub wood near the village of Ya’bad, west of Jenin. At dawn that morning, a police detachment, which included Constable Mott, closed with the gang. Al-Qassam and his men fought from good defensive positions and in the ensuing gun-battle Constable Mott was mortally wounded as he approached and fired upon the brigands from close range. The engagement lasted several hours before the five surviving gang members surrendered; two others escaped.

Amongst the four dead brigands was al-Qassam. Mott’s funeral took place the next day in Jerusalem’s Protestant Cemetery. In January 1936 he was awarded the King’s Police Medal for Gallantry, the first posthumous award of the medal to the Palestine Police.

Al-Qassam’s death created one of the first celebrated Arab ‘martyrs’ in the rebellion against British rule and led directly to the Arab general strike that began in April 1936 and the series of subsequent violent attacks against British and Jewish interests. 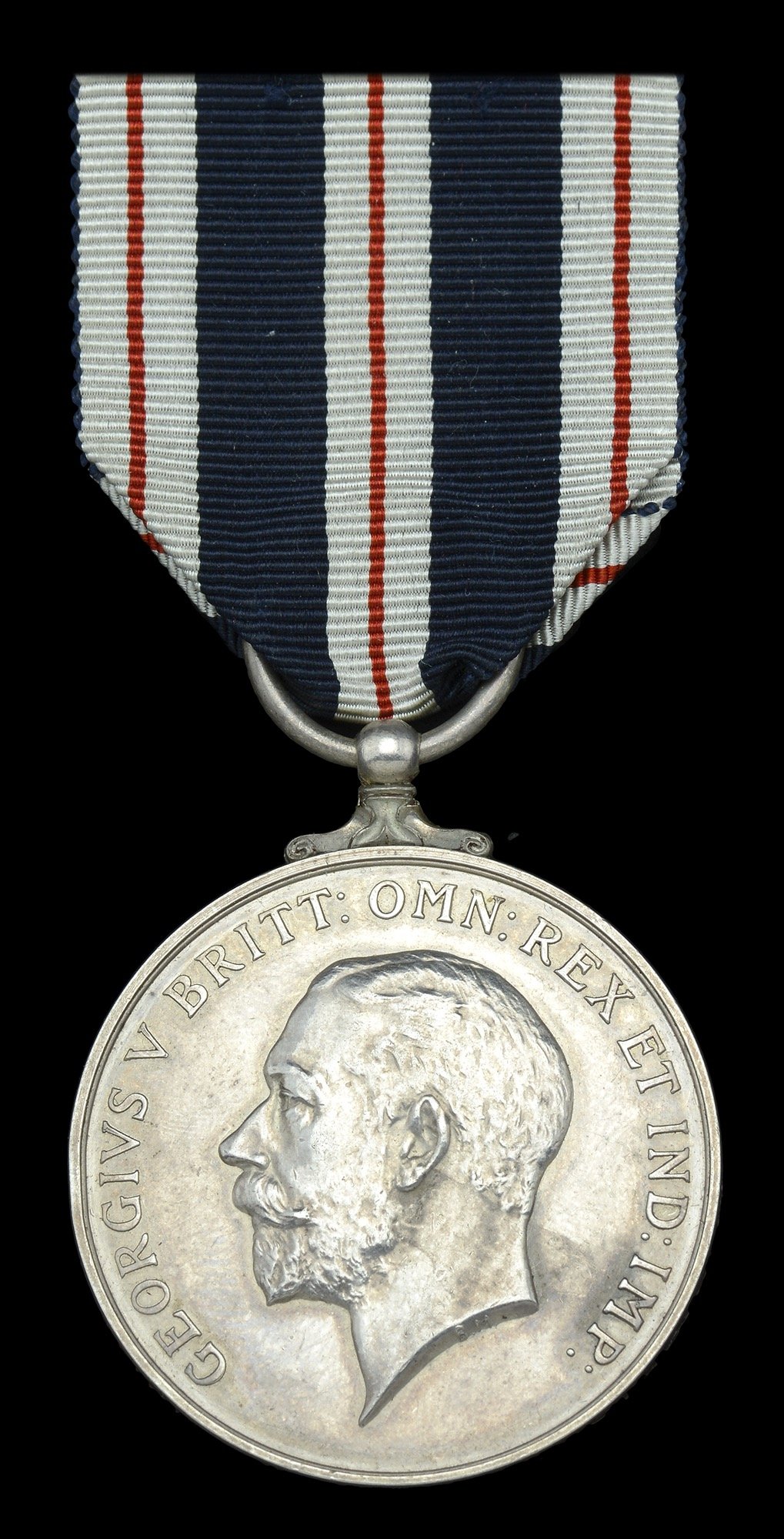 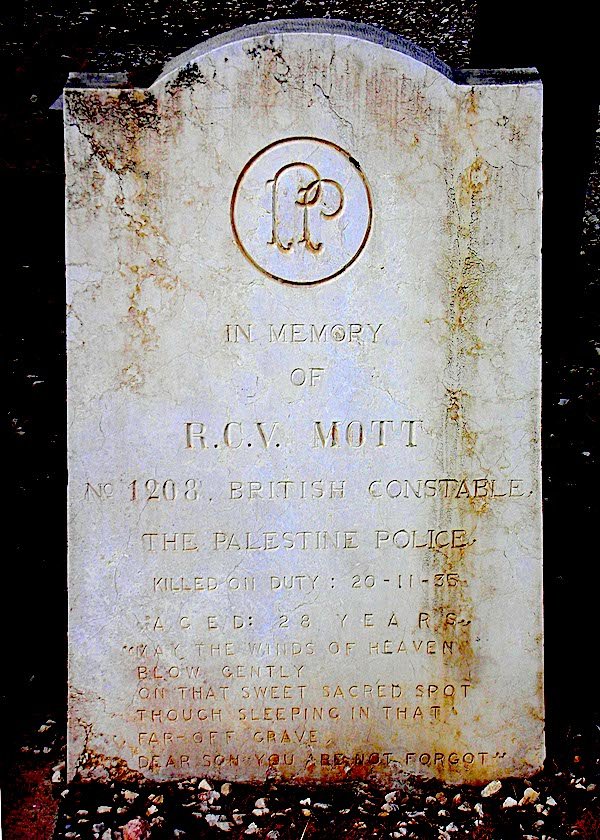 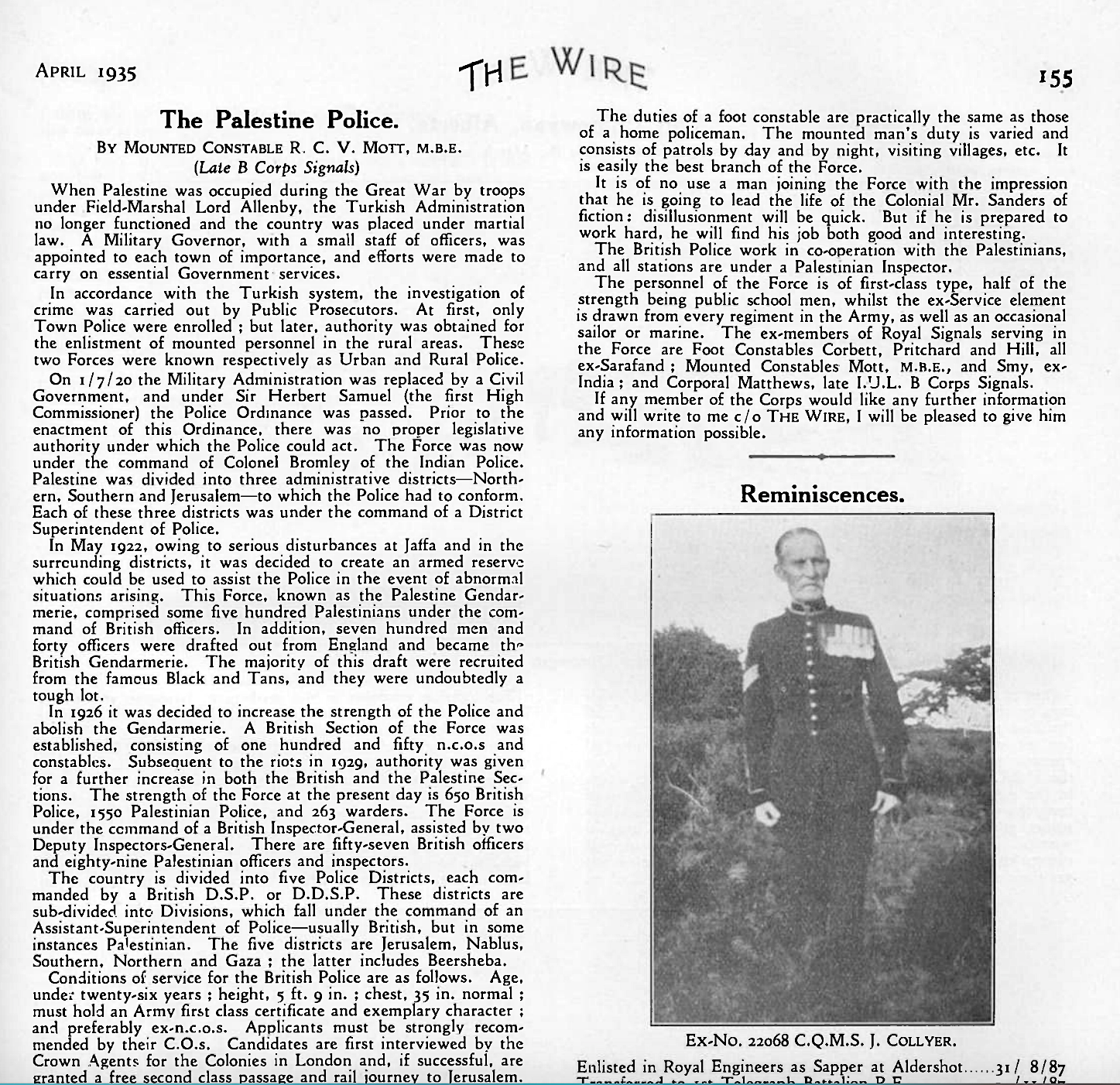