On the 22nd December 1905Tommy Flowers was born

For his work Flowers was rewarded with an MBE and a £1,000 grant, which did not even cover his own investment in Colossus. His work was not publicly revealed until the 1970s. Today, the place of Colossus in computing history is assured, and Flowers is acknowledged as the principal architect of the machine.

Born in the East End of London, as a young man he undertook an apprenticeship in mechanical engineering at the Royal Arsenal, Woolwich and took evening classes at the University of London to earn a degree in electrical engineering. In 1926, he joined the telecommunications branch of the General Post Office (GPO), moving to work at the research station at Dollis Hill in north-west London in 1930. From 1935 onward he explored the use of electronics for telephone exchanges. By 1939 he was convinced that an all-electronic system was possible. A background in switching electronics would prove crucial for his computer designs during the War.

Flowers was first brought into the code breaking world at Bletchley Park to work on Alan Turing’s Bombe, a system designed to break the German Enigma codes. A new more complicated cipher, Lorenz, was introduced by the Germans during World War II which required a new system to crack it. This was a high-level German code generated by a teletypewriter in-line cipher machine, the Lorenz SZ40/42, one of their Geheimschreiber (secret writer) systems. It was a much more complex system than Enigma; the decoding procedure involved trying so many possibilities that it was impractical to do by hand. Flowers helped designed the first device, named Heath Robinson, in an attempt to automate the cryptanalysis of the Lorenz cipher machine.

Only partially successful, Flowers proposed the design for a new machine that would become known as Colossus, the world’s first programmable electronic computer. Management at Bletchley Park was sceptical and encouraged Flowers to continue alone rather than prioritising the project. He did so at the Post Office Research Labs, and his team at Dollis Hill built the first machine in eleven months. It was immediately dubbed ‘Colossus’ by the Bletchley Park staff for its immense proportions. The Mark 1 Colossus operated five times faster and was more flexible than the Heath Robinson, which used electro-mechanical switches.

The first Mark 1 Colossus, used 1500 valves and ran at Dollis Hill in November 1943; it was delivered to Bletchley Park in January 1944 where it was assembled and began operation in early February. Colossus proved to be efficient and quick against the twelve-rotor Lorenz cipher machine.

A Mark II redesign of Colossus entered service on 1 June 1944 and immediately provided vital intelligence regarding the D-Day landings, such as the disposition of German troops in Normandy. The machines continued providing vital intelligence until the end of the war. Ten units were operational during World War II. All but two were dismantled after the war. This last pair provided code breaking services during the Cold War before finally being decommissioned in 1959 and 1960. 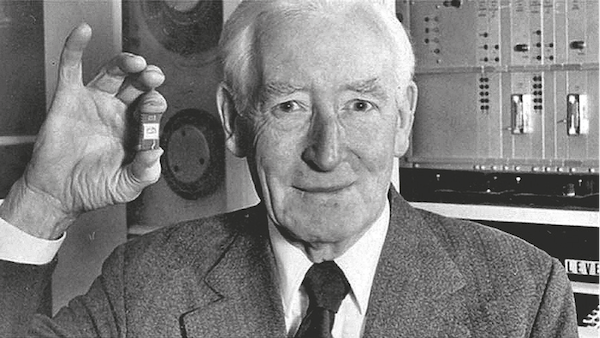 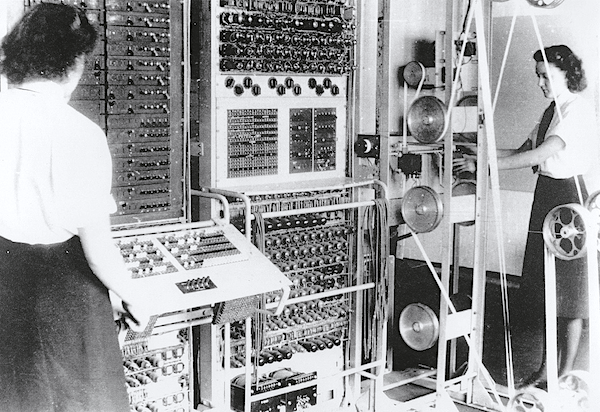