On the 22nd June 1944 British 14th Army freed Imphal from the Japanese.

The Battles of Imphal and Kohima on the Indian border marked the turning point of operations in Burma. Signallers were in the thick of the fighting and frequently took part in counter-attacks as well as maintaining communications.

During the Battle of Imphal, Corporal Charles Monks was attached to a company of 3/1st King George V’s Own Gurkha Rifles (The Malaun Regiment) as a rear-link wireless operator. During an attack the Commanding Officer, adjutant and three rifle company commanders were killed or wounded.

Under extremely heavy fire the two forward companies wavered and started to fall back. Monks took the lead – he stopped the movement to the rear, passed back accurate
situation reports and persuaded the surviving Gurkha officers to attack again.

Monks went forward with the attacking troops and continued to pass back information. The attack finally succeeded.

On the recommendation of the only surviving British officer, Monks was awarded the DCM for his extraordinary bravery. 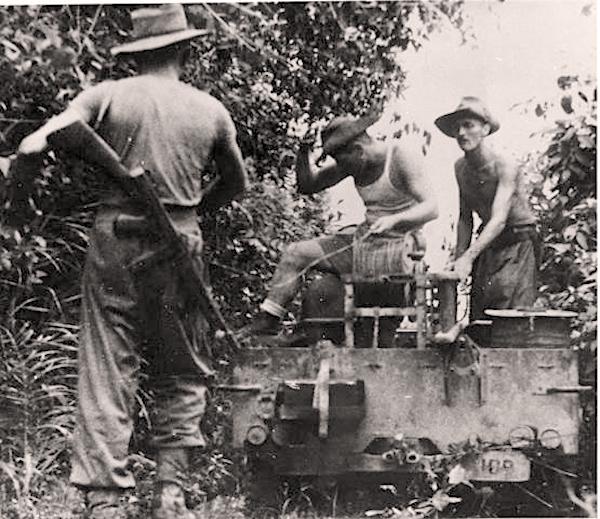