On the 22nd October 1797 André-Jacques Garnerin made the first successful parachute jump from a balloon above Paris.

When Winston Churchill saw the performance of Germany’s paratroops in the first two years of the Second World he called for the formation of a British equivalent and by the end of 1941, No2 Commando had been retrained as parachutists. Airborne forces played major roles in Allied operations in North Africa (1942), Sicily (1943), Normandy (1944) and Germany (1945). By 1943 the 1st and 6th Airborne Divisions had been formed, each with a signal regiment.

Immediately after the Normandy landings on 6 June 1944, the CO of 6th Airborne Divisional Signals, Lt Col ‘Pygmy’ Smallman-Tew, encouraged each man to plait for himself a lanyard from the rigging lines of parachutes. This was to ensure that they each had a length of strong cord that might be useful if they needed to escape capture by the enemy. The CO was killed a few weeks later and the lanyard has continued to be worn by all ranks of Airborne signallers in his memory. 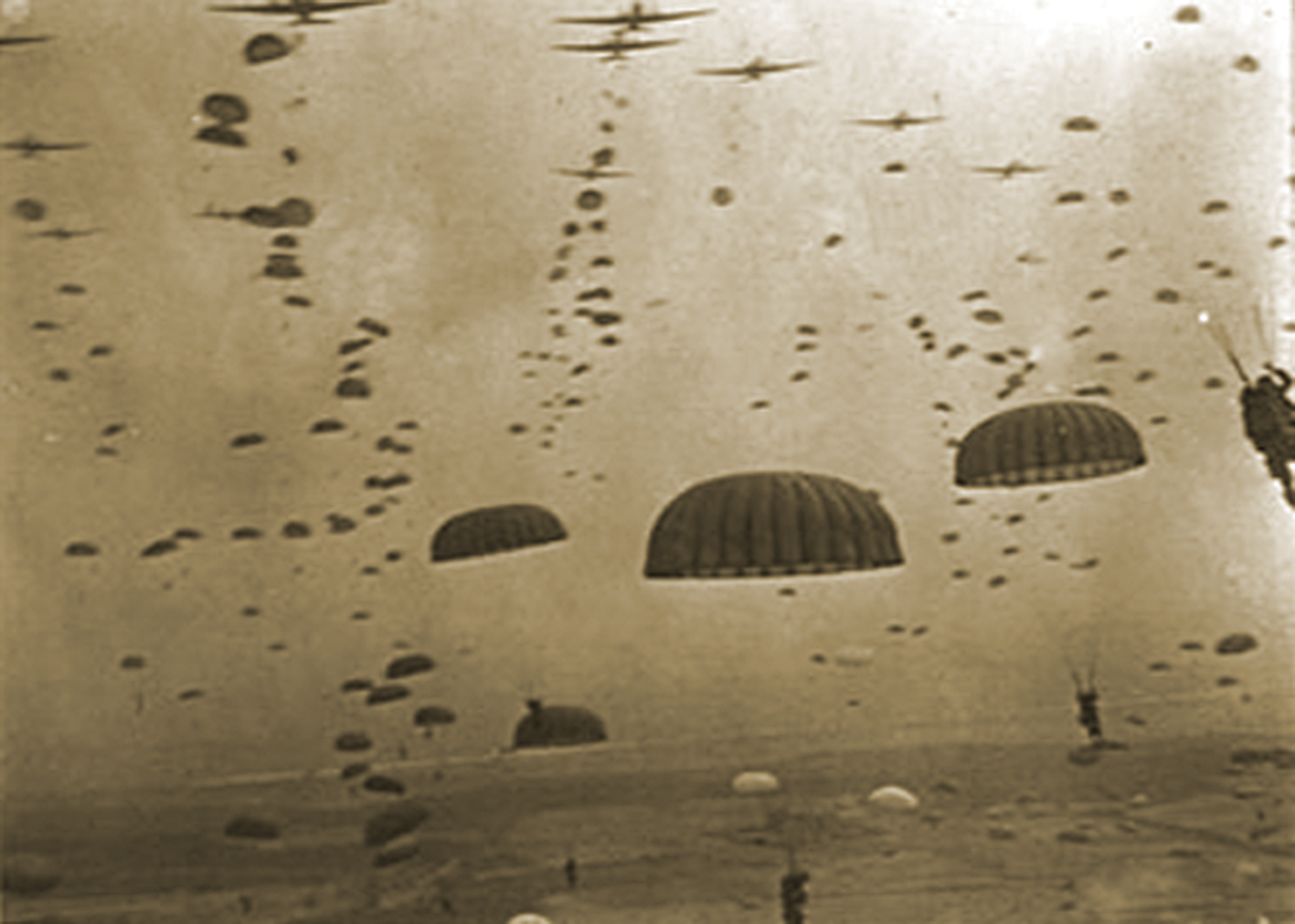 See all 'On this day' articles
Visit our Centenary page