On this day in 2014 (with just 48 hours’ notice to move), Lt Joe Willden led a 10-person team from 258 Signal Squadron’s Early Entry Headquarters (EEHQ) to Freetown, Sierra Leone. This was part of Op Gritrock.

The UK Government sent 750 military personnel, mainly medics, engineers and logisticians on to help stop the spread of the deadly Ebola virus throughout the country.

Wilden’s task was to provide communications for the staff within the Joint Inter Agency Task Force (JIATF) back to the UK and to help ensure there were communications with the various locations where British forces were working. They provided Housekeeper and Defence Information Infrastructure (DII) laptop computers, Falcon IP phones and mobile phones for the Task Force and Swe-Dish and Mantis satellite terminals to provide connectivity back to the UK. Having provided the initial entry communications for the operation, the team returned to the UK on 7 December. A team from 2nd Signal Regiment took over from them.

The teams were awarded the Ebola Medal for Service in West Africa; the first medal awarded by the UK Government for a humanitarian crisis response. 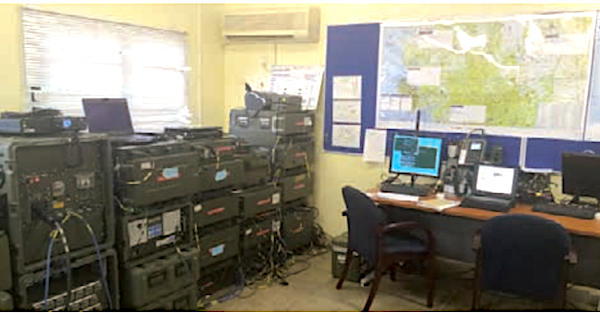