On 23rd May 1944 the breakout from Anzio beachhead began

The Anzio beachhead breakout ultimately resulted in the capture of Rome on 4th June. Allied forces had landed at Anzio the previous January and experienced months of heavy fighting but due to the strength of the Axis defending forces had been unable to advance any further inland.

1,500 Allied artillery commenced bombardment on the morning of 23rd May. This was followed by an advance of infantry and armour together with close air support meaning that at last the breakout from the Anzio beachhead would become a reality.

For much of the period of fighting following the Anzio landings in January 1944 the 1st Infantry Division had been commanded by Maj Gen Penney. During the intense fighting which followed Penney was seriously wounded.

For much of the period of fighting following the Anzio landings in January 1944 the 1st Infantry Division had been commanded by Major General Ronald Penney. Penney had been commissioned into the Royal Engineers in 1914 and saw active service on the Western front as a Signals officer winning an MC, French and Belgian Croix de Guerre, he was also Mentioned in Despatches before transferring into the newly formed Royal Corps of Signals in 1921. He received an OBE as Brigade Major in Shanghai in the early 1930s and during the Waziristan operations of 1936–37 won one of the Corps’ first DSOs and was once again Mentioned in Despatches whilst in command of 1st Indian Divisional Signals.

Penney commanded 3rd Infantry Brigade in the early days of World War Two and after the Allied victory in North Africa was appointed Chief Signal Officer for 15th Army Group for the conquest of Sicily and for the landings at Salerno on the Italian mainland. In October 1943 he was made Commander of the 1st Infantry Division and as such took part in the Anzio landing in January 1944. During the intense fighting which followed Penney was seriously wounded which eventually ended his days of active service.

After he recovered from his injuries he was appointed Director of Military Intelligence at Lord Mountbatten’s Supreme Headquarters in South East Asia and in the absence of Mountbatten and his staff at the end of the war it fell on Penney to organise the Japanese surrender and to arrange for immediate help to be sent to the thousands of Allied POWs and internees in camps throughout Japanese occupied territory.

Penney’s injuries eventually forced him to retire early from the Army and in civilian life he created and was the first head of the London Communications-Electronics Security Agency for which services he was knighted. He died in 1964. 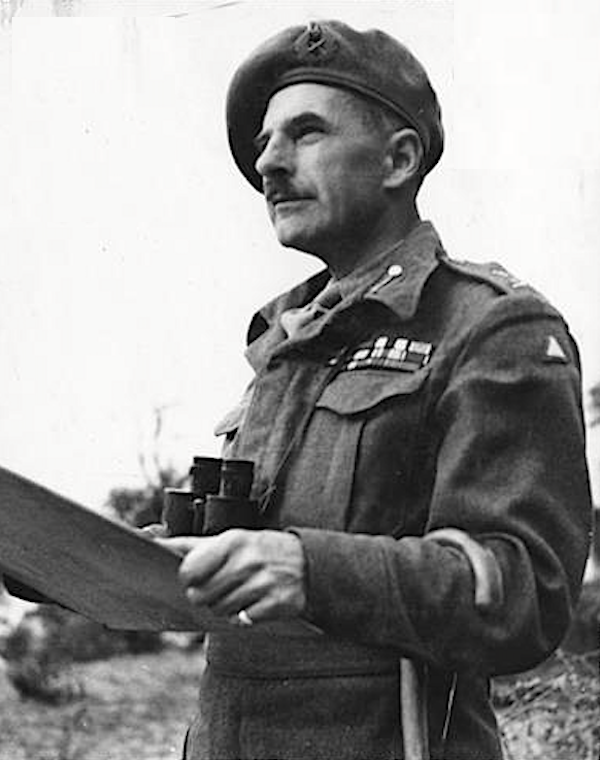