The first operating system in the 9x family, it is the successor to Windows 3.1x it merged Microsoft’s formerly separate MS-DOS and Microsoft Windows products and featured significant improvements over its predecessor, most notably in the graphical user interface and in its simplified ‘plug-and-play’ features. There were also major changes made to the core components of the operating system, such as moving from a mainly cooperatively multi tasked 16-bit architecture to a 32-bit preemptive multitasking architecture, at least when running only 32-bit protected mode applications.

Accompanied by an extensive marketing campaign, Windows 95 introduced numerous functions and features that were featured in later Windows versions, such as the taskbar, the ‘Start’ button and the ways the user could navigate. Three years after its introduction, Windows 95 was followed by Windows 98. Microsoft ended extended support for Windows 95 on December 31, 2001. 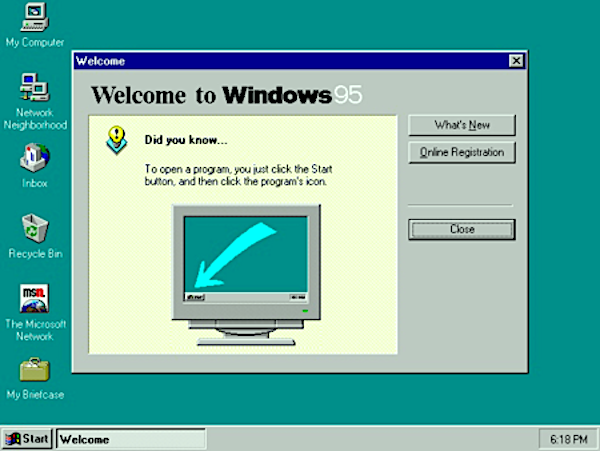