Dodds was one of only two men ever to be awarded the combination of MBE, MC, DCM and MM. He won the MM and a DCM in WW1 as a sergeant in the Northumbrian Divisional Signals Company. Then, having been commissioned, 2nd Lieutenant, Dodds volunteered for service in northern Russia with an international force fighting the Bolshevik Red Army. He was awarded the MC for his work during attacks on Bolshie Ozerki in March and April 1919, where he worked unceasingly under heavy fire from the enemy. After establishing signal communications, he continued, at great personal risk, to keep in touch with the different attacking parties. With word spreading of the imminent Allied withdrawal, in July 1919 White Russian troops in the Arkhangelsk Governorate mutinied. Dodds was taken prisoner, handed over to the Bolsheviks and then repatriated in May 1920.

On the outbreak of the Second World War, Dodds was granted an emergency commission in Royal Signals. He served in the Middle East, in Eighth Army Signals, and for his conduct during the withdrawal from Tobruk to El Alamein in June 1942 he was made an MBE. He was in charge of the rear parties of Linemen who were responsible for keeping all the permanent lines of the Eighth Army through until the last moment, destroying them when ordered and then withdrawing.

Captain Robert Norman Dodds MBE, MC, DCM, MM left the Army at the end of the war in 1945; he was granted the honorary rank of Major. He returned to his farm at Corbridge-on-Tyne and in 1946 became the county secretary of the National Farmers Union, a post that he held for 15 years. He died on 21 November 1973, just before his 78th birthday, at Close House residential care home in Hexham. 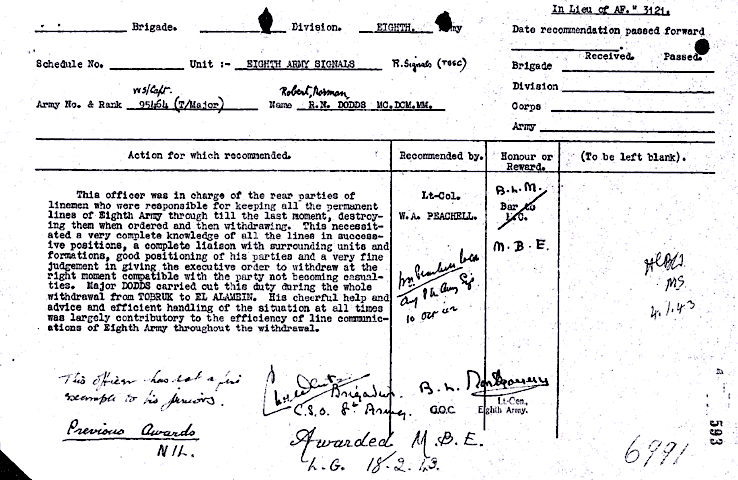 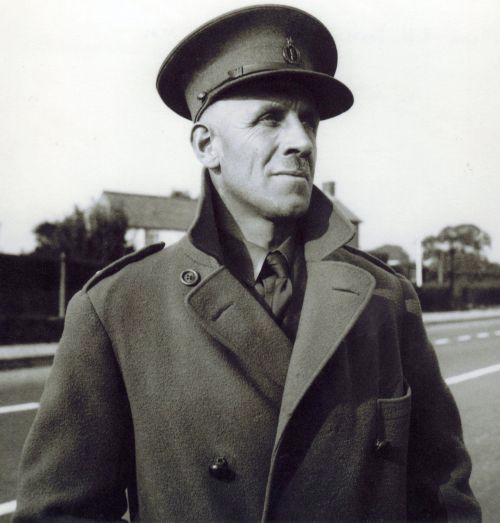