In 1838 Samuel Morse, created a code – which came to be known as the known as Morse Code – that allowed complex messages to be sent at speed.

During the 1860s the Army learnt to use Morse Code for visual signalling. Morse Code was sent using flags and this proved very useful during the Abyssinian campaign of 1867–68.

In 1837 William Cooke and Charles Wheatstone, produced the first practical electric telegraph system: the Five-Needle Telegraph. Electric currents travelled from a battery via combinations of 5 wires to electromagnets at the receiving end. These caused pairs of needles to deflect and point at individual letters, and so allowed a message to be sent and read. This telegraph system was soon adapted to use Morse code. Initially the transmitter comprised two telegraph keys. Pressing one sent a current in one direction around an electrical circuit and pressing the other sent a current in the opposite direction. These currents activated electromagnets at the receiver and deflected a single needle to the left or right, indicating dot and dash signals respectively. Several other types of telegraph evolved but the single-needle telegraph continued to be used well into the 20th century, particularly for railway signalling. Later manual telegraphs usually used a single telegraph key. 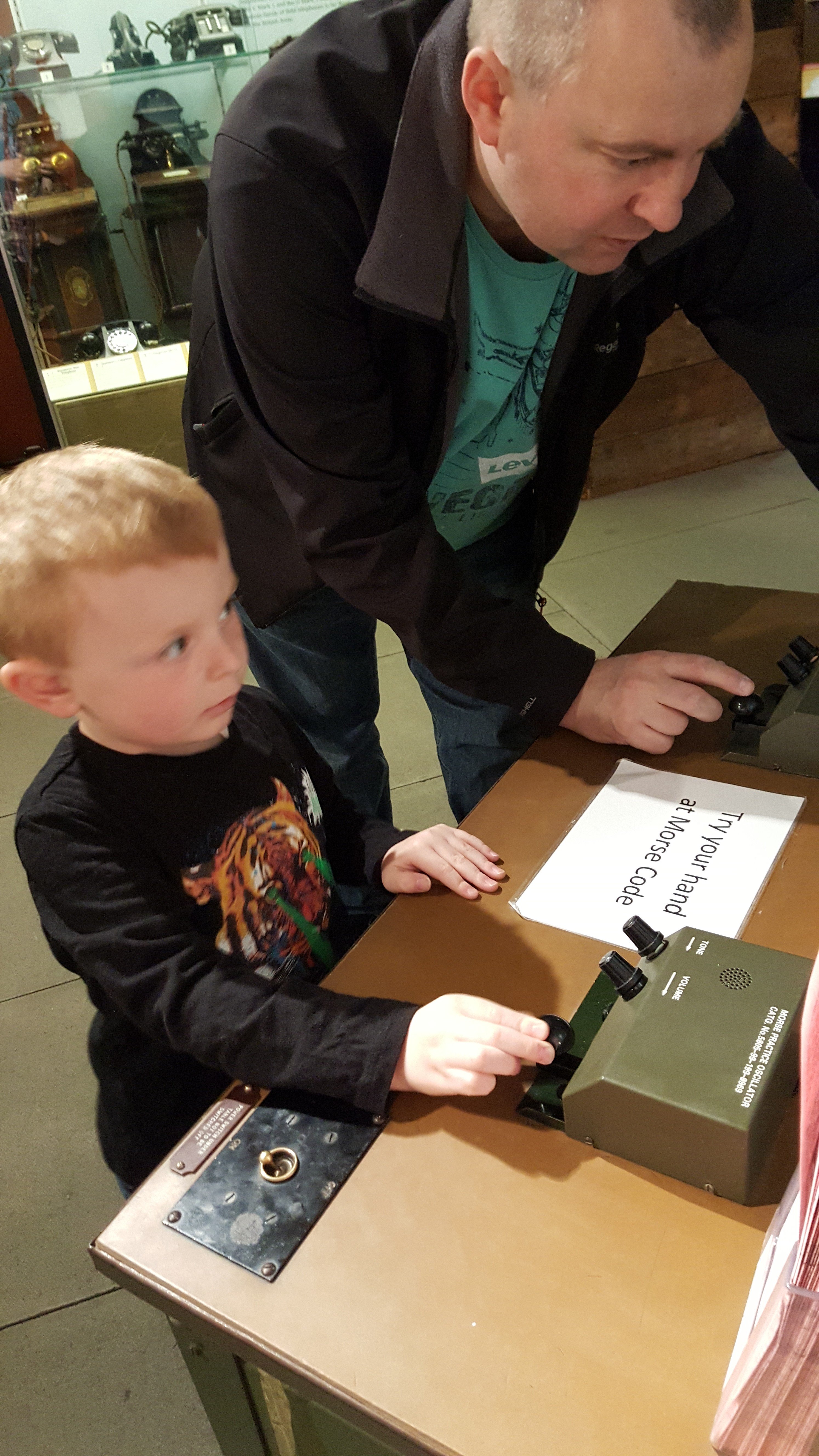 Enjoying Morse Code at the Royal Signals Museum in Blandford.