Under his direction in 1909 and 1910 the United States Navy conducted long-distance wireless measurements between two warships, as they steamed to Liberia and back and Fessenden’s station at Brant Rock, Massachusetts. Austin measured received impulses from the ships on the 3,750 and 1,000 metre wavelengths to determine the relationships between radio frequency, distance, and received signal strength. These measurements led Austin and his collaborator Dr. Louis Cohen to develop the empirical Austin-Cohen formula for predicting radio signal strength at long distances.

A mathematical model for propagation of radio frequency electromagnetic waves along the surface of the earth was for some decades one of the greatest mathematical challenges, engaging the minds of some of the most eminent mathematicians of the day. As each new model was developed and promoted, it had to withstand the immediate question “how well does it match the Austin-Cohen formula?” This was the lasting testament of a few years of exacting measurements undertaken by Austin and his friend and colleague Louis Cohen. As in so many scientific accomplishments, there were elements of serendipity to the experiments.

As is now well known the independent variables are frequency/wavelength, distance, surface conductivity. The latter variable is particularly troublesome varying greatly with the type of ground (rock, soil, clay or sand), its depth profile, cover and moisture content; almost impossible to measure directly. A further complication is that the type of ground will itself vary over large distances of the order of 100s of kilometres.

Today effective ground conductivity is mostly calculated from measurement of the actual attenuation of radio waves propagating over that surface. But Austin was principally interested in communications shore to ship and ship-to-ship. Austin’s measurements were almost entirely over sea which has the admirable quality of both homogeneity and constancy of surface conductivity. By eliminating conductivity from the variable set, Austin’s meticulous measurements – with carefully calibrated but rudimentary instruments of the day – produced a clean set of data of field strength against frequency and distance. The resulting empirical model was simple, elegant and precise. It would provide for decades a scientific basis to plan radio communications services as well as the brightest mathematicians a yardstick against which to test their surface wave propagation deterministic models.

Had Austin extended his data to include the land of highly variable surface conductivity to the north, west and south of the transmitters available to him, the resultant data would have been almost chaotic for the day and likely necessitated a stochastic model for solution, similar to the problem of night-time sky wave propagation to which he devoted much of his time in his remaining two decades. 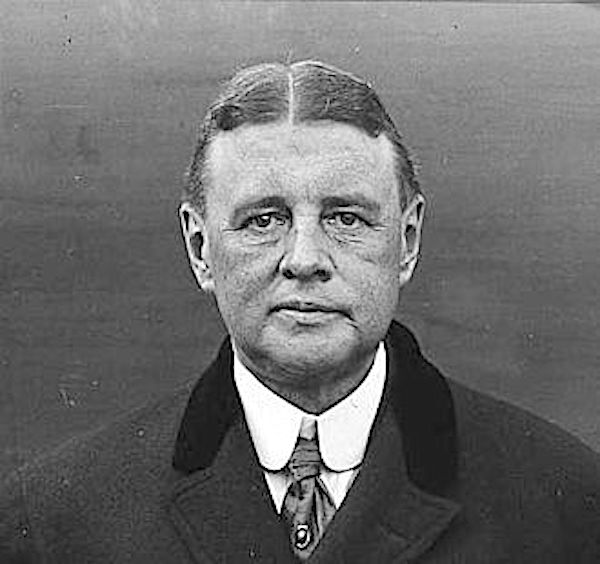 Geoff, one of the Museum’s volunteers will run Amateur Radio Station GB100RSM from his home station in Bournemouth until the end of June. The intention is to to publicise the Museum, the Corps Centenary and the Centenary book Roger So Far …

They will use Morse and SSB (speech) on amateur bands 40 metres- 20 metres-17 metres.
Times of operations cannot be guaranteed as but will depend on band conditions and personal commitments.
Station location is BOURNEMOUTH BH10 4HP
MAIDENHEAD LOCATOR IO 90 BR
Geoff can be emailed on geoffg3wzp@gmail.com by anyone wanting to arrange a connection