On the 29th November, the Suez Maru was sunk

The ‘Hell ship’ the Suez Maru was a Japanese passenger-cargo ship and on its final journey. It was being used to transport 414 British and 133 Dutch mostly-sick prisoners of war from Ambon in the Maluku Islands to Surabaya in East Java, also on board were 200 or so wounded and sick Japanese troops when it sunk in the Java Sea claiming the lives of 548 prisoners of war, including 17 Royal Signals soldiers.

On 28 November, the Suez Maru was sighted by the Unites States Navy submarine USS Bonefish. About half of the prisoners of war were drowned in the aft hold but the others managed to jump into the water. Several hours later after its attack on the Bonefish, the escort ship—minesweeper No.12—returned to the site of the sinking and its crew shot and killed all of the surviving prisoners of war in the water. After the war an extensive investigation was conducted but the suspension of the Japanese war crime trials prevented the perpetrators being brought to Justice.

Amongst those who were killed were 17 Royal Signals soldiers, all but one of whom were from 77th Heavy Anti-Aircraft Regiment Royal Artillery Signal Section. All are commemorated on the Singapore Memorial and by the Suez Maru Memorial at the National Memorial Arboretum. Today we remember them: 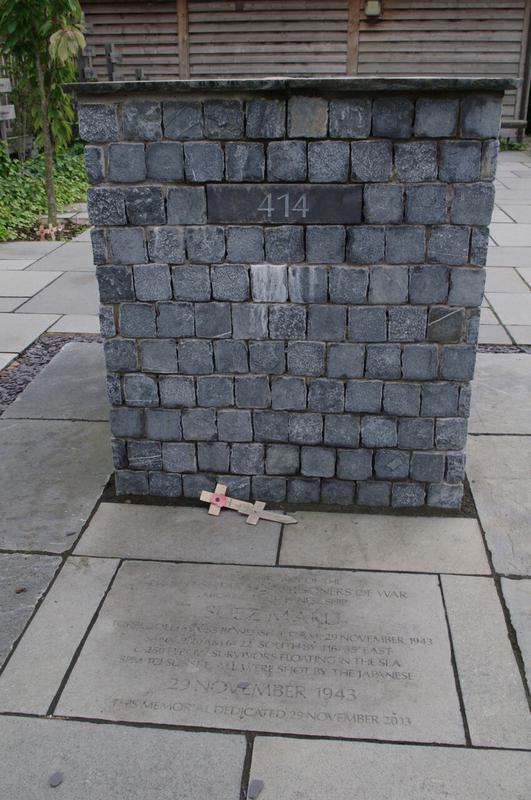