Greenwich had been the national centre for time since 1675. GMT was originally set-up to aid naval navigation, but was not was used on land until transportation improved.

In the 1840 ‘s with the introduction of the railways and there was a need in Britain for a national time system to replace the local time adopted by major towns and cities. GMT was adopted by the USA at noon on 18 Nov 1883 when the telegraph lines transmitted time signals to all major cities. Prior to that there were over 300 local times in the USA.

GMT was adopted worldwide on 1 Nov 1884, when the International Meridian Conference met in Washington, DC, USA and 24 time zones were created.

The daily rotation of the Earth is irregular and has a slowing trend; therefore atomic clocks constitute a much more stable timebase. In 1972, GMT was superseded as the international civil time standard by Coordinated Universal Time, maintained by an ensemble of atomic clocks around the world.

In 1950 the military devised a Military Time Code, thus a military time zone is defined as a representation of Coordinated Universal Time (UTC) – effectively the successor to Greenwich Mean Time – which is based on hours plus or minus GMT.

In military terms, Greenwich Mean time is referred to as Zulu. Going east from the prime meridian at Greenwich, letters ‘Alfa’ to ‘Mike’ represent the 12 time zones to the international Date Line. Going west from Greenwich, letters ‘November’ through ‘Yankee’ represent zones in the opposite direction. There is no ‘Juliet’ time zone although this can be used to indicate time local to that of the originator.

In the UK BBC radio stations broadcast the ‘six pips’ of the Greenwich Time Signal. It is named from its original generation at the Royal Greenwich Observatory, is aligned to Coordinated Universal Time, and called either Greenwich Mean Time or British Summer Time as appropriate for the time of year. 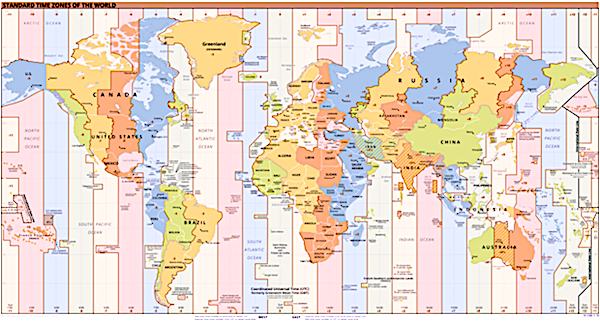 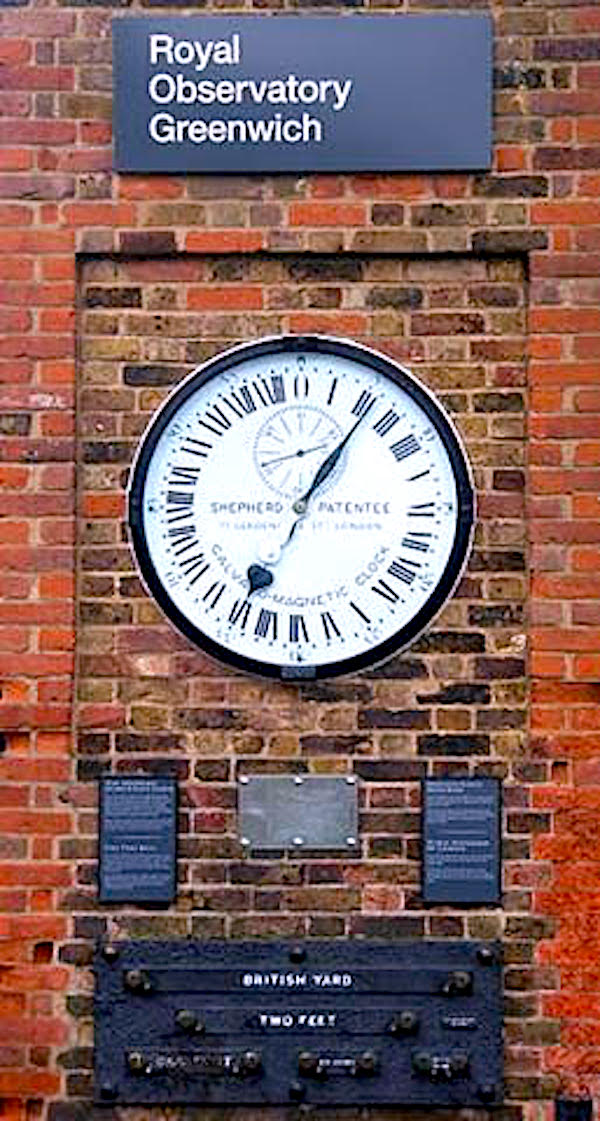