Winkie was a pigeon who was awarded the Dickin Medal in 1943 for assisting in the rescue of an aircrew forced to ditch in the North Sea during the Second World War. Winkie was aboard a Bristol Beaufighter when it crashed in the North Sea on 23 February 1942 as a result of enemy fire following a mission to Norway.

Having no time to Radio an accurate position before ditching, the crew released their pigeon, number NEHU 40 NSL. It was a long shot, but she was their only chance. Winkie was set free and flew 120 miles home to Broughty Ferry, where her owner, George Ross discovered the exhausted pigeon. He alerted the airbase at RAF Leuchars in Fife and a search and rescue mission was launched.

Using the time difference from the plane ditching to the arrival of the pigeon in the loft, and taking into account the wind direction and the effect that oil on her wing feathers affecting her air speed, the RAF  were able to approximate where the plane ditched. Within 15 minutes the crew’s position had been located and a rescue vessel dispatched. The crew were rescued and later held a dinner for Winkie, who basked in her cage as she was toasted by the officers.

The citation read “for delivering a message under exceptional difficulties and so contributing to the rescue of an Air Crew while serving with the RAF in February 1942.”
When Winkie died, Ross donated her and her Dickin Medal to Dundee Art Galleries and Museums.

Homing pigeons have been used to carry messages since Roman times; indeed, before the days of telegraph and wireless they were an essential method of carrying messages back to an established Headquarters from the front line.

In 1915, during World War I, the French gave the British 15 pigeons. They soon become a valuable supplementary method of communication. By the end of the war the British Army had more than 20,000 pigeons. As the distance between HQs was relatively short, messages could be passed quickly. Unless it was dark or misty, a message from the trenches could arrive at brigade HQ within 10 to 20 minutes.

The Corps took over responsibility for the Carrier Pigeon Service in 1920 and Loftsman became a trade. In World War II, 157 pigeon lofts were established, in the UK and overseas, with some 250,000 homing pigeons brought into service for a variety of purposes. As well as being carried by advancing troops, pigeons were dropped by parachute to resistance groups. This enabled them to send messages to England and eliminate the necessity for radio transmissions, which could be easily intercepted.

All RAF bombers and reconnaissance aircraft carried pigeons in special watertight baskets and containers and, if the aircraft had to ditch, the plane’s co-ordinates were sent back with the pigeon to its RAF base and a search and rescue operation was effected.

The PDSA Dickin Medal was instituted in 1943 in the United Kingdom by Maria Dickin to honour the work of animals in World War II. It is a bronze medallion, bearing the words ‘For Gallantry’ and ‘We Also Serve’ within a laurel wreath, it is awarded to animals that have displayed ‘conspicuous gallantry or devotion to duty while serving or associated with any branch of the Armed Forces or Civil Defence Units’. The award is commonly referred to as the animals’ Victoria Cross. 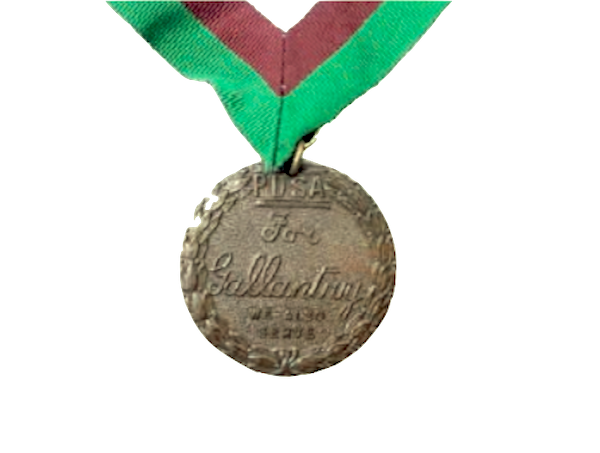 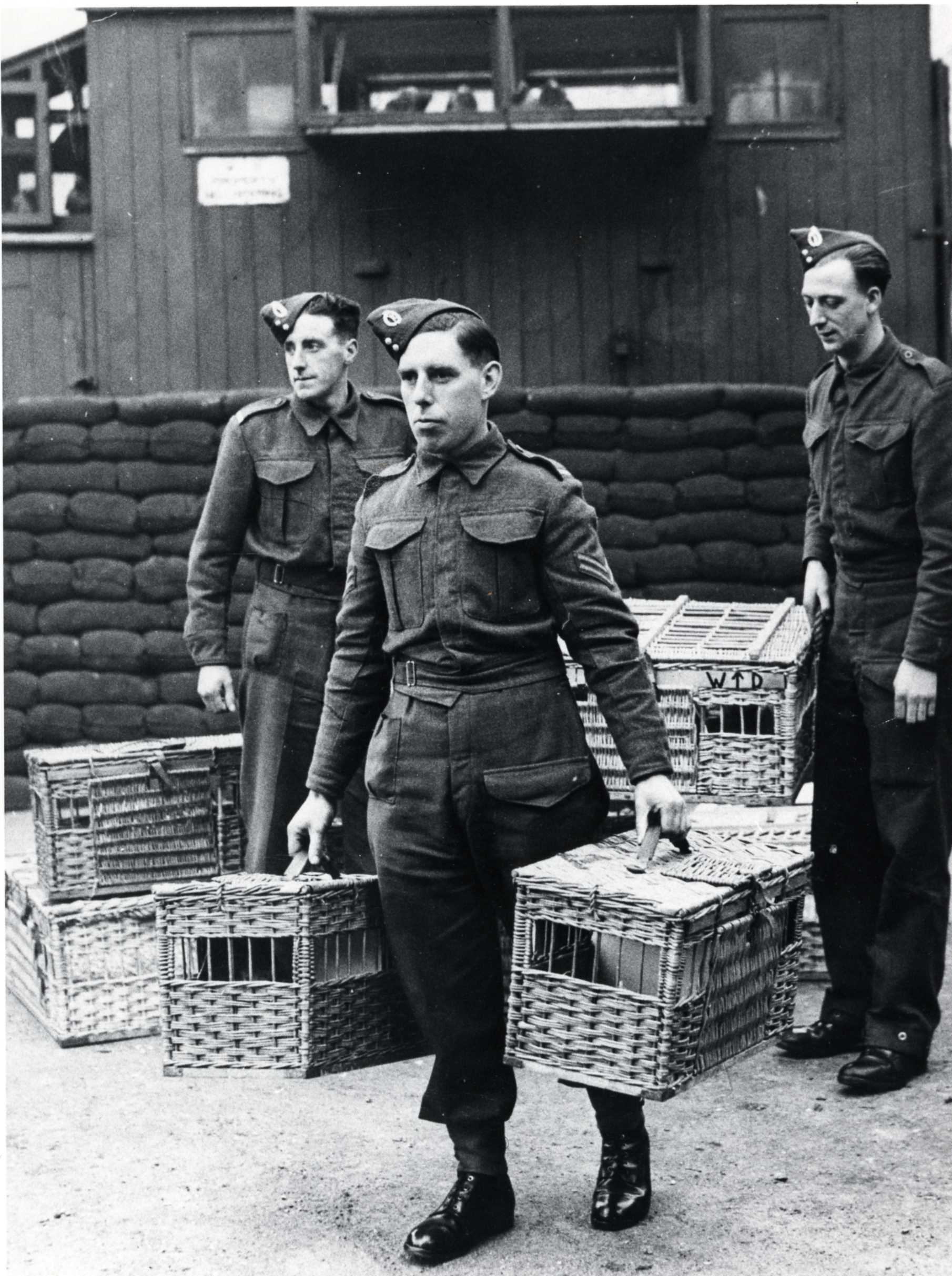