On the 2nd November 1815 mathematician George Boole was born

George Boole was a self-taught English mathematician, philosopher and student of Logic. He worked in the fields of differential equations and algebraic logic, and is best known as the author of ‘An Investigation of the Laws of Thought on Which are founded the Mathematical Theories of Logic and Probabilities’, published in 1854. His ground-breaking theories would become known as Boolean algebra. Much of his academic career was spent as the first professor of mathematics at Queen’s College, Cork in Ireland.

The importance of Boolean logic

Boolean logic is credited with laying the foundations for the information age of today and form the mathematical foundation for many of today’s applications in computer science. Boolean algebra has been fundamental in the development of digital electronics, and is provided for in all modern computer programming languages.

An arithmetic logic unit (ALU) is a digital circuit used to perform arithmetic and logic operations. It represents the fundamental building block of the central processing unit (CPU) of a computer.The ALU was the workhorse of the computer. It conducted arithmetic calculations as well as logic operations. Components such as transistors and diodes were combined to form logic gates where one or 2 inputs were compared and determined the output. Rules were based on Boolean algebra. 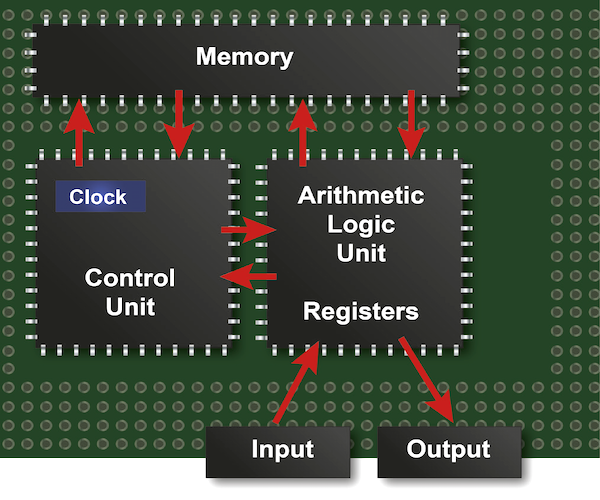