For this transmission Baird used a mechanical system based around a disc patented by the German inventor Paul Nipkow in the 1880s. A light was shone through a spinning Nipkow disc and onto the object being televised. A motor would spin the disc at up to 12.5 revolutions a second.

The disc had a spiral pattern of holes so each hole scanned a line of the image. The light then was reflected off the object onto a photoelectric cell which converted the light energy to electrical signals.

Dark areas of the subject reflected less light than brighter areas and so generated weaker signals. The signals were then sent by radio waves or telephone line to a receiver. At the receiving end the video signal was amplified and connected to a neon lamp behind another spinning Nipkow disc that had been synchronised with the disc at the transmitting end.

The image was viewed on the other side of the disk, usually through a magnifying lens. As each hole passed in front of the light a new line of the picture was displayed, and due to persistence of vision in the viewer’s eyes the fast-moving dot of light was built up into an image. This was low definition television but it was television. Modern high definition televisions might have 1080 lines.

Baird, a Scot, began to experiment with television from 1922 building his equipment in his attic in Hastings out of items including a tea chest, hat boxes, a biscuit box, scrap timber, old electric motors, darning needles, motorcycle lamp lenses, piano wire, glue, string, and sealing wax.

By April 1924 Baird was able to transmit outline images of a Maltese cross and various letters of the alphabet a distance of a few yards. He then moved to London where in 1925 he demonstrated a silhouette outline image using a five line system at Selfridges in Oxford Street.

On 2 October 1925 he was able to transmit a recognisable 30 line image with tone graduation of a ventriloquist’s dummy, Stooky Bill, he then transmitted a human face and it is believed on 30 October 1925 (there appears to be some variation in the precise date) a moving image.

On 27 January 1926 he demonstrated moving television images to an audience of 50 scientists at the Royal Institution in London and by 1928 he had demonstrated colour television.

In 1929 the BBC used Baird’s system when experimenting with television broadcasting and Baird then ran a programme of regular television broadcasts for the next six years. By the mid 1930s, Baird had developed a 240-line mechanical television system with much improved picture quality. However, competition was growing from all electronic television systems that had been developed in the USA and that scanned images using electronic cameras and received images through cathode ray tubes. In 1937 the BBC stopped using Baird’s system in favour of a 405-line system electronic EMI-Marconi system. 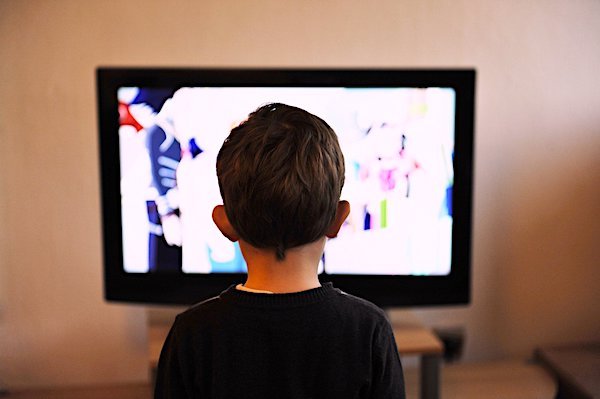