Lieutenant Colonel Kenneth Essex Edgeworth DSO, MC is probably the only member of the Corps to have an asteroid (Asteroid 3487 Edgeworth) named after him.

During the First World War, as a captain, he was responsible for the construction and maintenance of telegraph and telephone lines between General Headquarters, supply bases and the headquarters of the various Armies. He was awarded the DSO, the MC and was Mentioned in Despatches on three occasions. He transferred to the Royal Corps of Signals.

After retiring from the Army in 1926 Edgeworth published four books on economics and made his mark as a theoretical astronomer.

In 1943 he suggested that a reservoir of cometary material existed beyond Neptune and in 1992 its existence was confirmed and the region was named the Edgeworth–Kuiper Belt.

On 1 January 2019 the American New Horizons spacecraft, after a journey of almost 13 years, captured the first close-up views of Ultima Thule, an Edgeworth–Kuiper Belt object, 4.1 billion miles from earth. 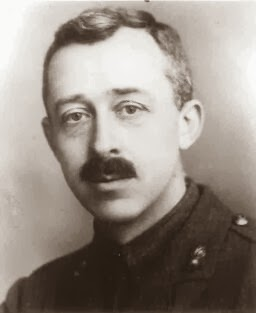